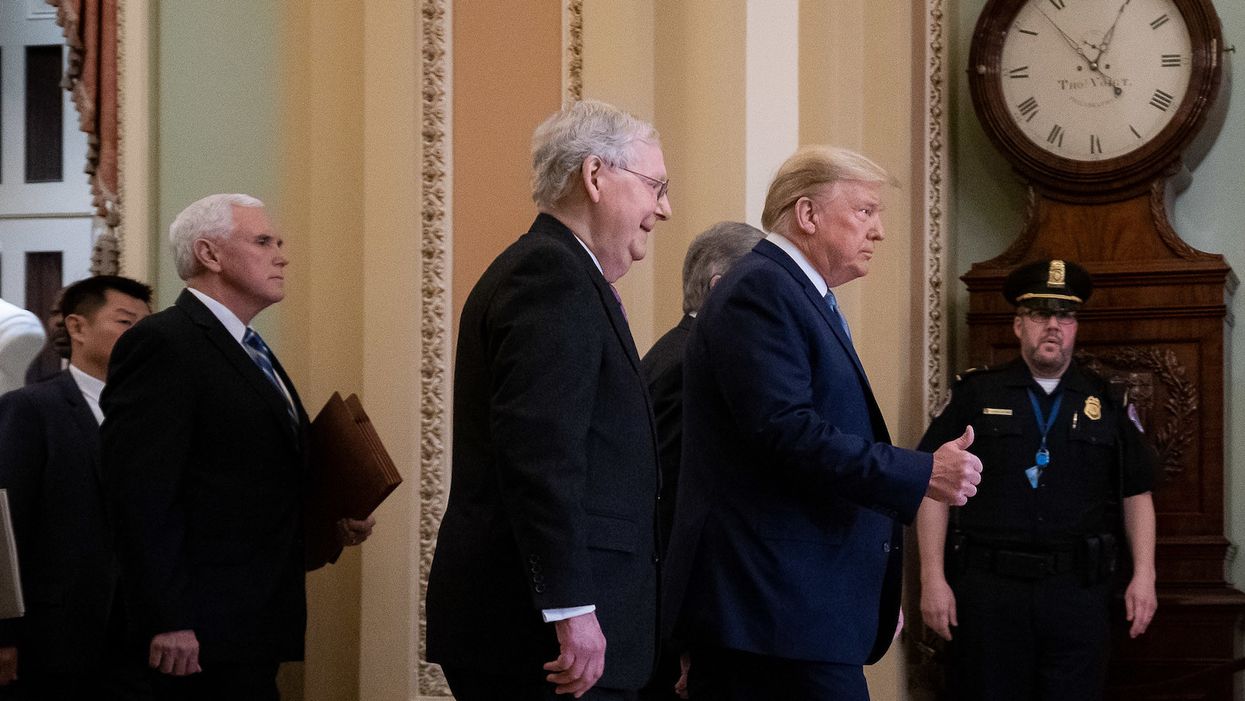 As some Republican senators are preparing to challenge Joe Biden's election win, and others are reportedly planning to wage war against President Donald Trump, Raphael Warnock has been projected as the winner over Sen. Kelly Loeffley (R-GA) and Jon Ossoff holds a slim lead over Sen. David Perdue (R-GA). If those leads hold that would cost Mitch McConnell his majority leadership once Biden and Kamala Harris are sworn in.

"Emotions running high among McConnell-aligned Republicans early Wednesday am — after reality of what transpired in Georgia settled in," reported Josh Kraushaar, of the National Journal. "May be the heat of the moment, but mood is for declaring war on Team Trump. Want to marginalize Trump as they marginalized Steve Bannon in 2017."

McConnell's allies fear a civil war within the GOP before the 2022 midterm elections that could cost some establishment Republicans their jobs one way or another.

"The alternative, in their view?" Kraushaar reported. "Disastrous political outcomes in the near term, with R primary fights making the establishment-tea party fights of 2010-12 look like a picnic."

The alternative, in their view? Disastrous political outcomes in the near term, with R primary fights making the es… https://t.co/txOmLAp8wV
— Josh Kraushaar (@Josh Kraushaar)1609931035.0