Trump must not be allowed to live down the ‘horrifying insurrection’ of January 6: journalist 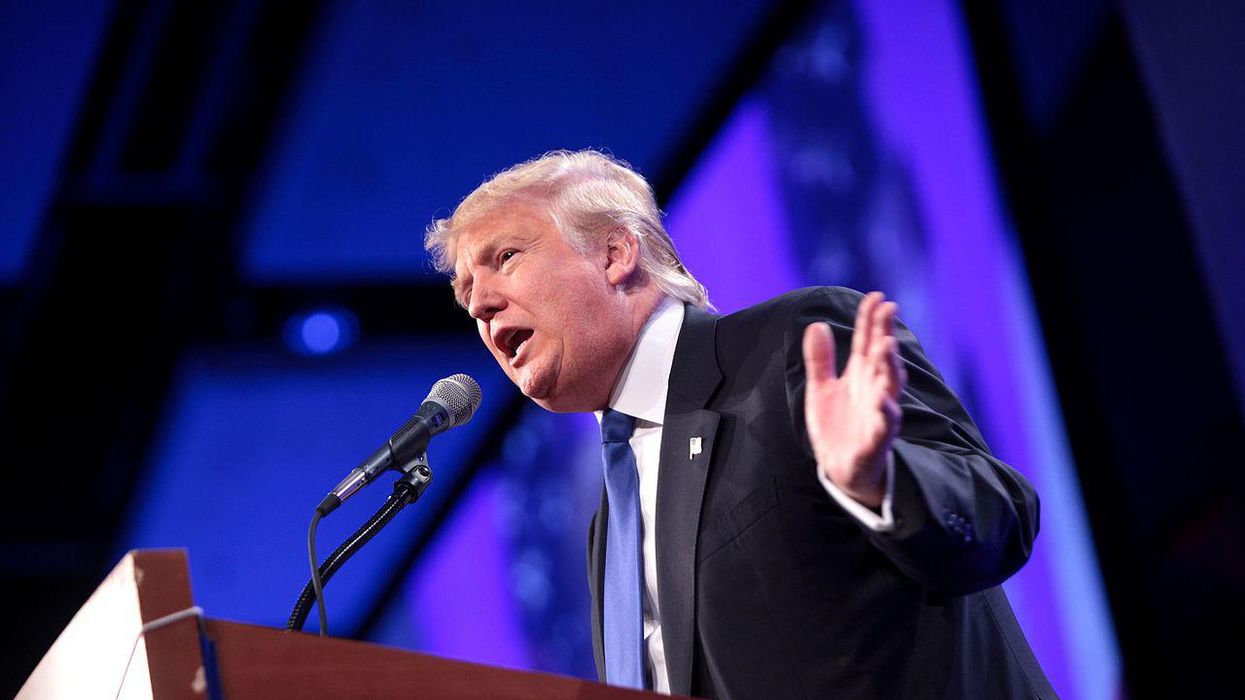 The Republican Party has survived everything from the 1929 crash and Herbert Hoover's presidency to Watergate, Iran-Contra and the Iraq War, and President Donald Trump has done a lot to add to the long list of GOP scandals — most recently, with the disturbing events of January 6, 2021, when a violent mob of far-right Trump supporters (include White nationalists) stormed the U.S. Capitol Building in the hope of preventing Congress from ratifying President-elect Joe Biden's Electoral College victory. The GOP has bounced back from many scandals, but in a January 7 article for The Atlantic, journalist David A. Graham stresses that Trump and his sycophants must not be allowed to live down the "insurrection" of January 6.

"Remember what yesterday's attempted coup at the U.S. Capitol was like," Graham advises. "Very soon, someone might try to convince you that it was different. Maybe someone already has. This has been a leitmotif of the Trump Administration: Donald Trump does something outrageous and inappropriate, maybe even illegal — immediately, there are horrified reactions from across the political spectrum, but pretty quickly, the anger fades. Republican officials test the political winds and decide to keep their heads down."

Graham continues, "Don't let the events of January 6 get memory-holed or excused in the same way. The health of the republic depends both on what swift consequences come — for Trump and for others — and also, on how people remember the participants' actions later on."

The journalist goes on to say that as "horrifying as the insurrection was," it was immediately followed by a "heartening" response — and Graham applauds Sen. Mitt Romney of Utah and Rep. Adam Kinzinger of Illinois, both Republicans, for being "quick to pin responsibility on the president. Kinzinger has called for Trump to be removed from office via the 25th Amendment to the U.S. Constitution, and Graham is also glad to see some House and Senate Democrats calling for Trump's immediate impeachment. But he warns that "the moment to act" on a "Trump-inspired insurrection" could "be slipping away."

Graham writes, "We've heard rumblings about the 25th Amendment before, and they've never resulted in anything…. Nothing indicates that Trump is chastened by yesterday's experience. He published both a video and a tweet yesterday in which he called on the mob to go home peacefully, but he did not condemn its actions, and he repeated the incitements that drove it to riot in the first place. Even his faux–concession statement falls well short."

Some far-right wingnuts have been making the idiotic and baseless claim that Antifa was somehow involved in the storming of the Capitol Building.

"The least scrupulous Trump allies, like Representatives Matt Gaetz and Mo Brooks, are already trying to shift the blame for the riot, claiming that it was the work of left-wing provocateurs," Graham observes. "This is preposterous — as the journalist Molly Ball points out, 'Trump literally summoned these people to DC, spoke at their event, offered to walk them over to the Capitol and then praised them afterward.'"

My God. Maybe the whole Trump "movement" has been an antifa false flag operation! Impressive they kept up the ruse this long.
— Molly Ball (@Molly Ball)1609999340.0

Graham wraps up his article by emphasizing that the events of January 6, 2021 must not be forgotten.

"With a little distance, January 6 could begin to seem like a bad dream or hallucination — or just another eye-roll-inducing weird moment in a weird presidency," Graham writes. "It was not. It was an attempted coup, incited, encouraged and condoned by the president of the United States. Don't forget it."