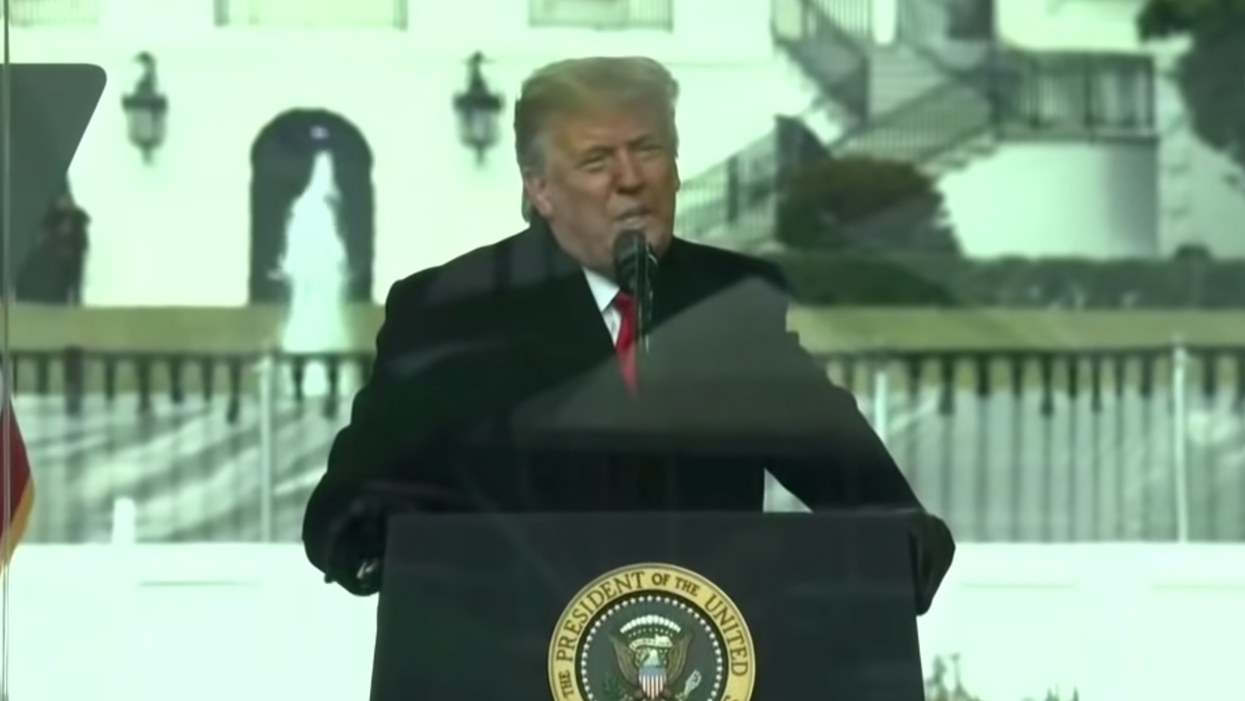 The second impeachment trial of Donald Trump will look dramatically different than the first according to a new report by The Washington Post.

"House Democrats have sought out new cellphone footage of the Capitol siege as well as updated details about injured police officers as they seek to build an emotionally compelling impeachment case against former president Donald Trump. The goal is to present the Senate with fresh evidence that reveals what Trump knew in advance of the Jan. 6 rampage at the Capitol, as well as how his words and actions influenced those who participated," the newspaper reported Friday evening. "The rioting left five dead, including one member of the U.S. Capitol Police. In addition, two officers, one with the D.C. Police Department, have since died by suicide."

Democrats won't just be prosecuting Trump in hopes of GOP senators voting to convict, but will also be focused on trying the case for voters watching the proceedings on television.

"The effort to present new video evidence and witness testimony appears designed to make Republican senators as uncomfortable as possible as they prepare to vote to acquit Trump, as most have indicated they will do. The prospect of injured police officers describing the brutality of pro-Trump rioters to Republicans who regularly present themselves as advocates of law enforcement could make for an extraordinary, nationally televised scene," The Post reported. "The House impeachment managers are determined to present as much evidence as senators allow, to ensure a permanent record of Trump's role in the riots — and to force Republicans to witness the chaos and carnage one more time before they vote against conviction, several individuals familiar with Democratic thinking said."

The prosecution is also expected to use the words of Republicans like Rep. Liz Cheney (R-WY) against Trump, according to "one person working on strategy with the House impeachment managers."

"Our goal is conviction," the strategist said. "What story are we going to tell to get there? We are going to describe what happened as summarized by Liz Cheney when she announced her support for Trump's impeachment: 'He summoned the mob, assembled the mob, and lit the flame of this attack.' ''

Video is expected to play a key role in the trial.

"House Democrats are assuming they will be permitted to play a compilation of footage from Jan. 6, including newly released cellphone recordings of protesters attending Trump's 'Stop the Steal' rally that morning, said these individuals, who spoke on the condition of anonymity to discuss private conversations. The compilation will also likely feature footage from inside the Capitol after protesters breached it," the newspaper explained. "Video, audio and other visual materials are considered even more pivotal to making the case for conviction in Trump's second impeachment trial, according to aides involved in House Democrats' strategy."