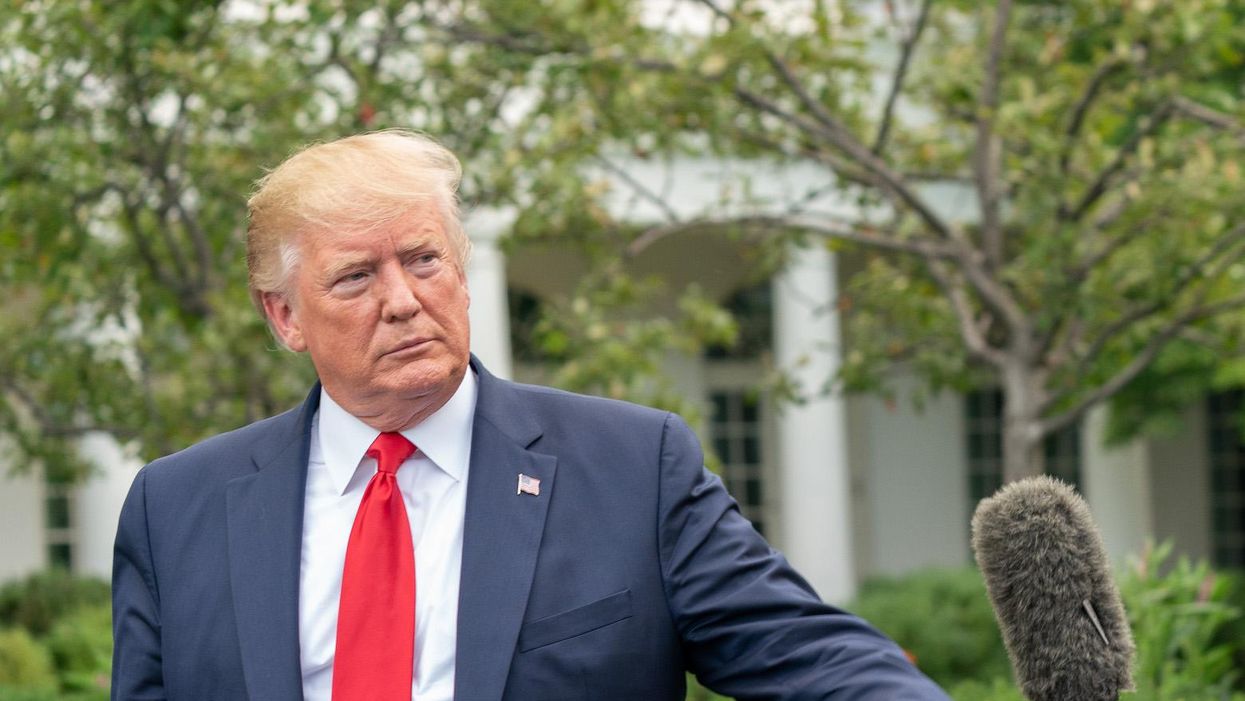 President Donald J. Trump talks with members of the press on the South Lawn of the White House Wednesday, July 17, 2019, prior to boarding Marine One to begin his trip to North Carolina. (Official White House Photo by Shealah Craighead)
Cody Fenwick
January 01, 2021

President Donald Trump fumed on Friday after the Senate voted by a wide margin to override his veto of the National Defense Authorization Act, the legislation that funds the Pentagon.

While Trump has usually touted his push for increased funding of the military, he decided to use the transition period as an opportunity to block the $740 billion bill as leverage to repeal Section 230 of the Communications Decency Act. The provision protects online platforms from liability for posts by users, and the right wing has — for reasons that are not entirely clear — latched on to the idea that repealing it will address their major grievances with tech companies.

But the Senate wasn't on board with this idea, especially when attached to the NDAA, and it voted 81-13 to override Trump's veto. Section 230 remains in effect. While a few of those voting against the override were allies of the president, including Republican Sens. Ted Cruz of Texas and Tom Cotton of Arkansas, others were Democrats, such as Sens. Elizabeth Warren of Massachusetts, Bernie Sanders of Vermont, and Cory Booker of New Jersey who opposed the bill for their own reasons.

Trump made his dissatisfaction with the GOP senators in particular known on Twitter:

It was particularly notable that Trump referred to "Our Republican Senate," since partisan control of the Senate is up for grabs in next week's Georgia runoff election.

Republicans are desperate to hold on to the two seats occupied by Sens. Kelly Loeffler and David Perdue, but they face a tight challenge from Democrats Jon Ossoff and Raphael Warnock. If Democrats win, they'll have a narrow majority in the Senate and trifecta control of the federal government. Democrats appear to be performing well in the early Georgia voting, which means Republicans will have to make up for the difference with Election Day voting on Jan. 5. That's certainly possible — the state was essentially a dead heat in the general election, with Biden only barely eking out a win over Trump. Under normal circumstances, Republicans would be favored to win in the runoffs.

But this year has been full of surprises. The most notable of which in this case is that control of the Senate has come down to these two contests, and the president — who the GOP almost certainly needs to inspire voters to turnout if they're going to keep control — has put himself at odds with the chamber's Republicans.

Loeffler and Perdue have tried to stay out of the fray. Despite their reticence to support more stimulus funding, they recently came out in support of the $2,000 relief checks that the president and their Democratic opponents have enthusiastically endorsed. But Mitch McConnell, who is only the Senate majority leader with their votes, blocked the measure. Perdue and Loeffler also stayed out of the fight over the NDAA veto override — neither were present for the vote on Friday.

Their success or failure in the runoffs may come down to a simple question: Do Georgia Republican voters see Perdue and Loeffler as representing Trump or McConnell? If they see the senators as representing the president, they may be inspired to go out and vote in large enough numbers to hold of the challenges from Ossoff and Warnock. Trump has, after all, campaigned on their behalf in Georgia. But if voters see the Republican senators as representing McConnell, an unpopular figure who is currently at odds with the president and the public on the issue of the $2,000 relief checks, they may end up suffering a solid defeat.