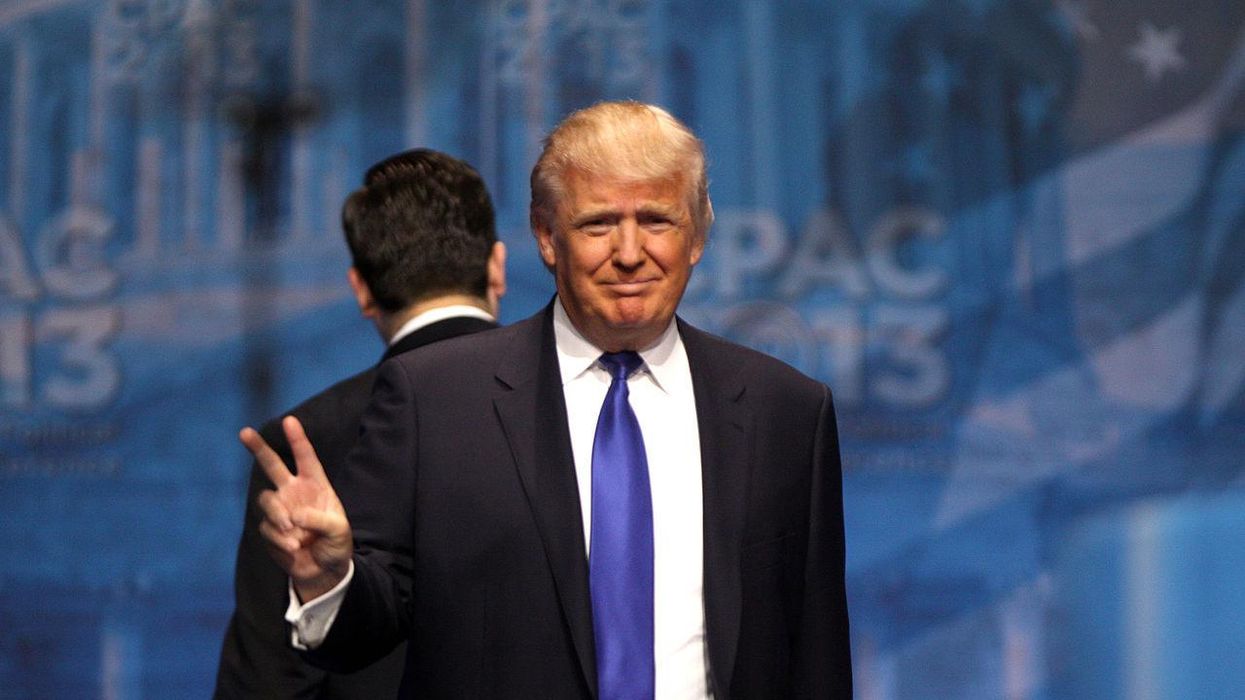 The Washington Post has obtained a copy of a recording in which President Donald Trump, on January 2, can be heard trying to bully and coerce Georgia Secretary of State Brad Raffensperger into overturning his defeat in the Peach State. Raffensperger, however, wouldn't budge: the conservative Republican, during the phone conversation, maintained that President-elect Joe Biden won Georgia fair and square. Conservative opinion writer Jennifer Rubin examines the legal ramifications of Trump's actions in her Post column and outlines some ways in which Trump might have committed "extortion" and other "criminal" acts on January 2.

Rubin explains, "In the call, Trump asked Raffensperger to change the certified vote that was subject to multiple recounts: 'So look. All I want to do is this. I just want to find 11,780 votes, which is one more than we have. Because we won the state.' In fact, he threatened him."

The Never Trump columnist adds that Trump was "sounding like a mobster as he often does" during the conversation and went on to tell Raffensperger, "You have a big election coming up, and because of what you've done to the president — you know, the people of Georgia know that this was a scam.'"

Rubin stresses that "pressuring a campaign official to change the vote tally is a federal offense," and she notes what former Justice Department Inspector General Michael R. Bromwich had to say on the subject on Twitter:

Rubin also notes that "threatening Raffensperger with criminal consequences is also arguably extortion" and quotes Title 18, Section 875 of the U.S. Code, which says, "Whoever, with intent to extort from any person, firm, association, or corporation, any money or other thing of value, transmits in interstate or foreign commerce any communication containing any threat to injure the property or reputation of the addressee or of another or the reputation of a deceased person or any threat to accuse the addressee or any other person of a crime, shall be fined under this title or imprisoned not more than two years, or both."

Rubin adds that "alternatively," Raffensperger "might investigate and bring applicable charges under state law" — which "would have one clear advantage: Trump cannot receive a federal pardon for state crimes."

"There must be a response to a president who exploits his office for the purpose of overthrowing an election," Rubin stresses. "The evidence is on tape. The next attorney general should move forward, if for no other reason, to deter further attempts at such reprehensible conduct. I would suggest impeachment as well, which could include a ban on holding office in the future, but we know already Republicans will defend anything Trump does."