The fracturing of reality: Trump and the cracks in American society 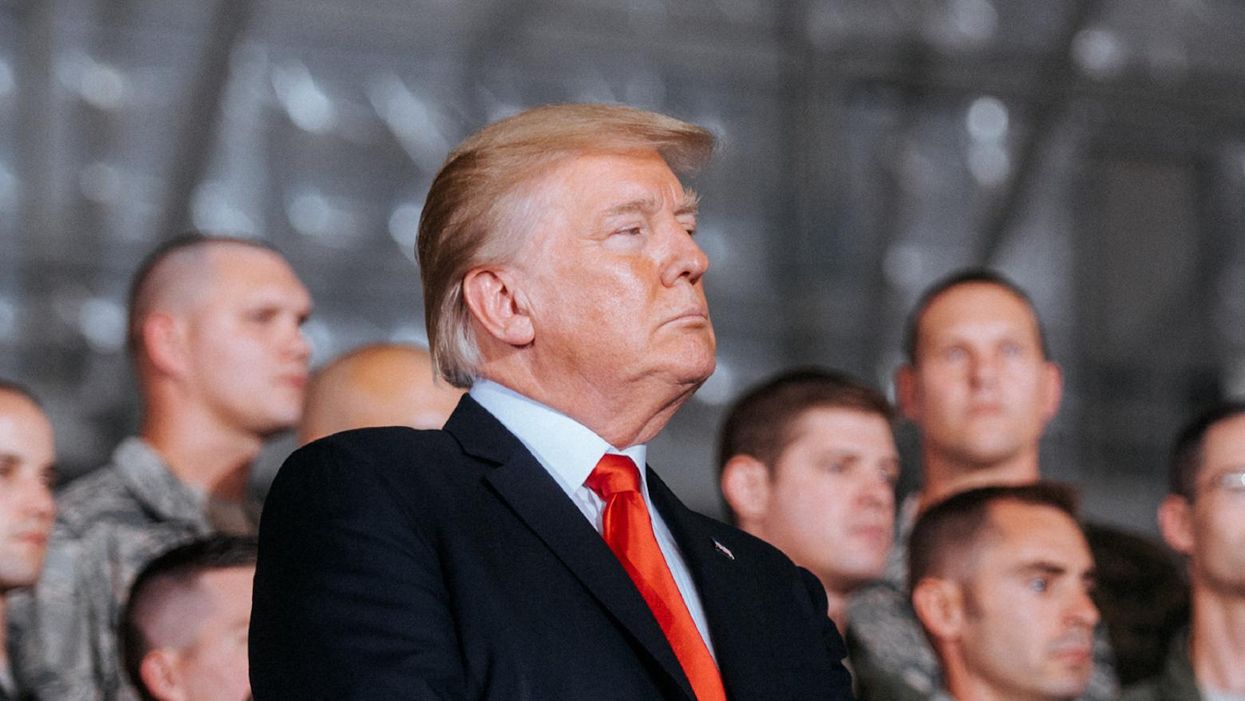 JOINT BASE ANDREWS, Md. - President Donald Trump stands with Airman as he prepares to address armed forces members at Joint Base Andrews, Md., Sept. 15, 2017. During his speech, Trump reflected on the air and space power he witnessed and the Airmen who are essential to our nation's success. The day also marked the president's first official visit to JBA, which consisted of highlights of the Air Force's advanced capabilities to gain and maintain air superiority. (U.S. Air Force photo by Senior Airman Delano Scott)
Alex Henderson
January 29, 2021

Deep political divisions existed in the United States long before Donald Trump's presidency, but according to analysis by Pew Research Center, he made them much worse. In a length article published by Pew's website this week, writers Michael Dimock and John Gramlich examine some of the many ways in which Trump had a major impact as president — and one of them is exacerbating the United States' bitter political tensions.

"Even before he took office," Dimock and Gramlich explain, "Trump divided Republicans and Democrats more than any incoming chief executive in the prior three decades. The gap only grew more pronounced after he became president. An average of 86% of Republicans approved of Trump's handling of the job over the course of his tenure, compared with an average of just 6% of Democrats — the widest partisan gap in approval for any president in the modern era of polling."

According to Dimock and Gramlich, Pew data shows how much more politically divided Americans are now compared to 1994 — when President Bill Clinton was serving his first term.

"In 1994, when Pew Research Center began asking Americans a series of ten 'values questions' on subjects including the role of government, environmental protection and national security, the average gap between Republicans and Democrats was 15 percentage points," Dimock and Gramlich note. "By 2017, the first year of Trump's presidency, the average partisan gap on those same questions had more than doubled to 36 points — the result of a steady, decades-long increase in polarization."

GOP strategist and former Trump adviser Kellyanne Conway was relentlessly mocked by Democrats during Trump's presidency over her phrase "alternative facts" — which, Democrats argued, showed how detached from reality Trump supporters were. And the polarization in the U.S. was so bad during Trump's four years in the White House, Dimock and Gramlich note, that Americans couldn't even agree on simple facts.

"One of the few things that Republicans and Democrats could agree on during Trump's tenure is that they didn't share the same set of facts," Dimock and Gramlich observe. "In a 2019 survey, around three-quarters of Americans, 73%, said most Republican and Democratic voters disagreed not just over political plans and policies, but over 'basic facts.'"

One of the main things that deepened political divisions in the U.S. during the Trump years, according to Dimock and Gramlich, is the fact that the former president's critics and supporters were consuming very different media outlets — a trend that he went out of his way to encourage.

"Much of the disconnect between the parties involved the news media, which Trump routinely disparaged as 'fake news' and the 'enemy of the people,'" Dimock and Gramlich point out. "Republicans, in particular, expressed widespread and growing distrust of the press. In a 2019 survey, Republicans voiced more distrust than trust in 20 of the 30 specific news outlets they were asked about, even as Democrats expressed more trust than distrust in 22 of those same outlets. Republicans overwhelmingly turned to and trusted one outlet included in the study — Fox News — even as Democrats used and expressed trust in a wider range of sources."

Dimock and Gramlich add, "Some of the media organizations Trump criticized most vocally saw the biggest increases in GOP distrust over time. The share of Republicans who said they distrusted CNN rose from 33% in a 2014 survey to 58% by 2019. The proportion of Republicans who said they distrusted the Washington Post and the New York Times rose 17 and 12 percentage points, respectively, during that span."