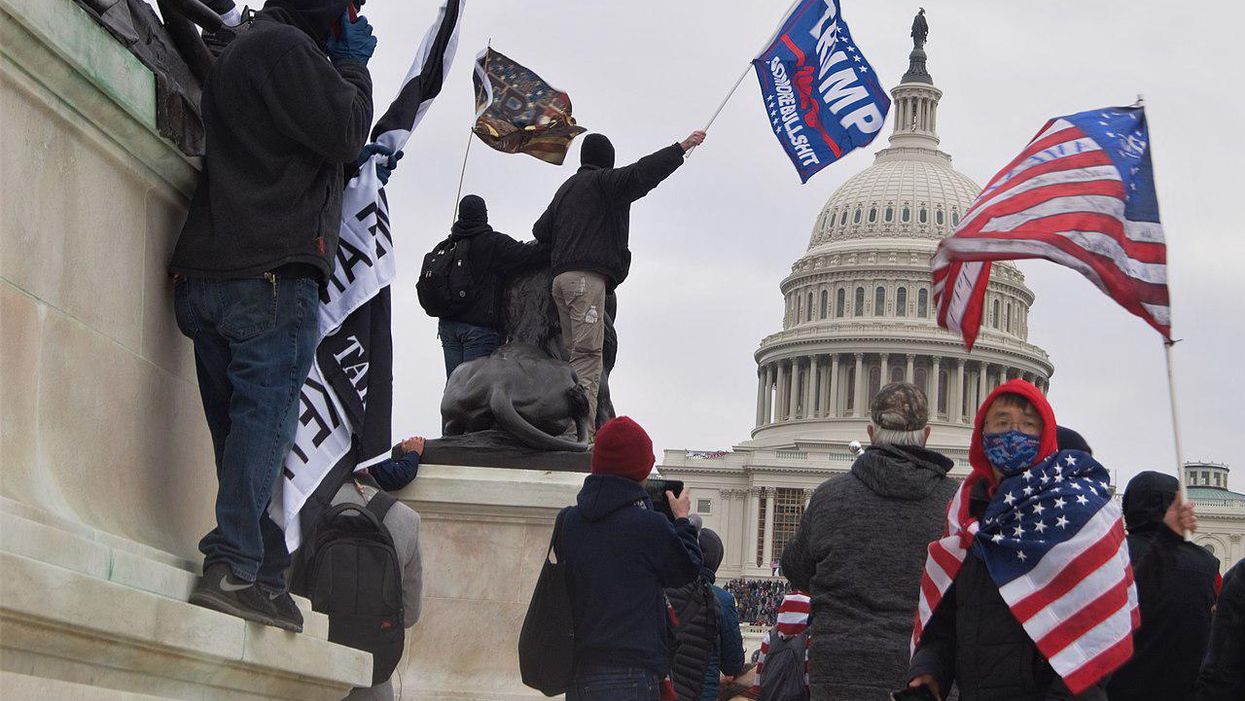 Critics of former President Donald Trump have often used the word "cult" to describe his army of unquestioning devotees, many of whom continue to believe the debunked conspiracy theory that President Joe Biden and Vice President Kamala Harris didn't legitimately win the 2020 election and that the election was stolen from Trump through widespread voter fraud. One Trump critic who considers Trump devotees a "cult" is Steven Hassan, author of the book "The Cult of Trump: A Leading Cult Expert Explains How the President Uses Mind Control." And he addressed the need to "deprogram" members of the Trump cult during an interview with Vanity Fair's Joe Hagan that was published on Biden's first full day as president.

Hassan has first-hand experiences with cults. During the 1970s, he was a follower of cult leader and Unification Church founder Sun Myung Moon (who died in 2012)

"When I talk about the cult of Trump, I'm talking about a destructive authoritarian cult," Hassan told Vanity Fair. "This is defined by four overlapping components that I referred to as the BITE model of authoritarian control. The 'b' of BITE stands for behavior control. Then the 'I' is information control. Thought control is the 't,' and 'e' is emotional control. My definition of an authoritarian cult is these four components are used to change the person into a mirror or a clone of the cult, that is dependent and obedient."

Hassan went on to describe the ways in which Trump has conducted himself like a cult leader.

"With malignant narcissists, it's all about them — there's no empathy," Hassan told Vanity Fair. "The malignant part is they think they're above the law. They think nothing of making threats or committing violence. They're also often paranoid, they don't trust anybody. In my book, in Chapter 3, I compare Donald Trump with Jim Jones and L. Ron Hubbard of Scientology, as well as Sun Myung Moon, the leader of a cult that I was in for two and a half years."

The negative influence that Trump, as president, had on his followers was painfully evident on January 6, when a violent mob of far-right supporters — hoping to prevent Congress from certifying Biden's Electoral College victory — stormed the U.S. Capitol Building. Some of them were even threatening to murder then-Vice President Mike Pence (who they believed had betrayed Trump) and House Speaker Nancy Pelosi. Certainly, being willing to commit murder because of debunked conspiracy theories is cult-like behavior, and Hassan stressed to Vanity Fair that a political movement or ideology can become a cult.

Recalling his experiences as a Monnie during the 1970s, Hassan told Vanity Fair, "Moon was brought to meet Nixon during Watergate. I, along with several hundred Moonies, were sent to fast on the Capitol steps in 1974 because God wanted Nixon to be president — or so said Moon. Moon was disappointed that Nixon resigned a couple of days later. The whole mindset of taking over the government, that the government was Satanic, that God needs to run the government, that we need to infiltrate Congress and the Senate — that was openly talked (about) in the leadership meetings when I was in the cult in the 1970s."

Hassan said, however, that unquestioning Trump devotees can be deprogrammed.

"The bottom line in my experience is that mind control is not 100%, but getting the person to take a time out from the constant influence that's coming through smartphones and digital media is going to be critical," Hassan told Vanity Fair. "When people have asked me if it's good that Trump was thrown off of Twitter and Facebook and YouTube, I answer emphatically yes. Because we need to do what's within our control to protect people from this constant reinforcement and indoctrination."
From Your Site Articles
Related Articles Around the Web
Report typos and corrections to: feedback@alternet.org.