Watch: Viral video calls for Ted Cruz and Josh Hawley to be prosecuted for 'aiding and abetting acts of terrorism' 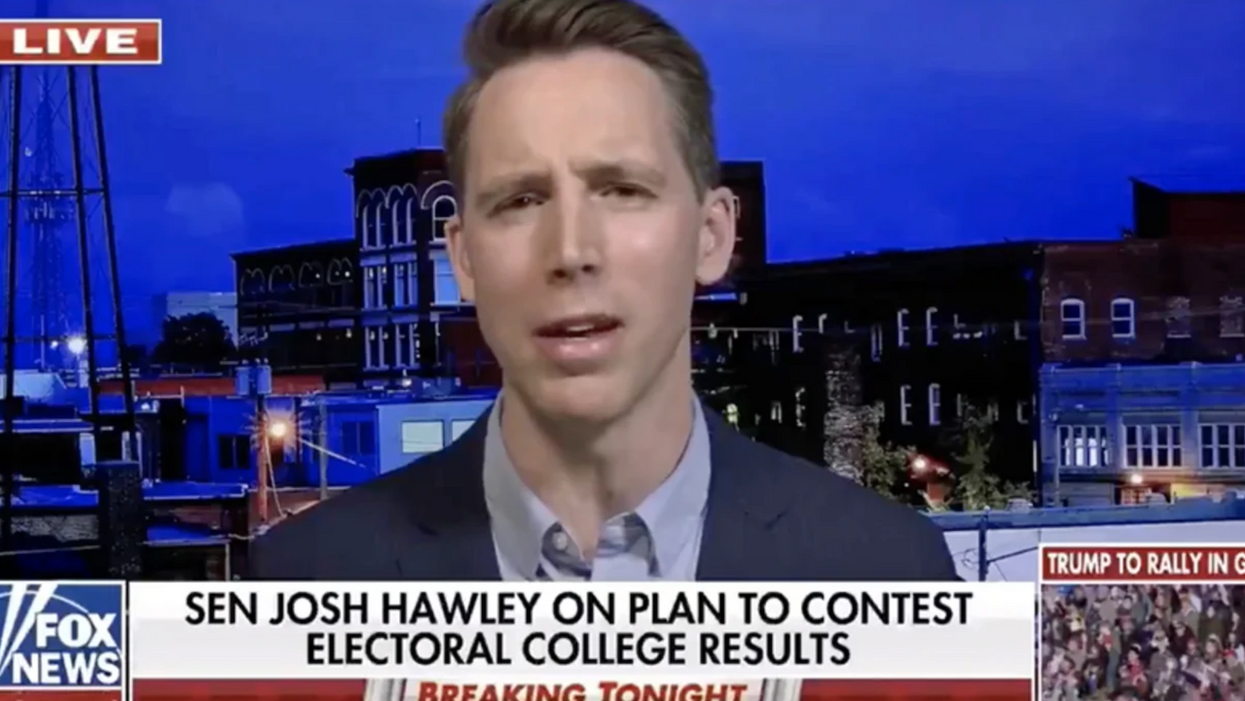 The Really American PAC has just released a video calling for GOP Senators Ted Cruz and Josh Hawley to be prosecuted for their role in inciting the January 6 insurrection that left five people dead. Thousands marched to the Capitol after pro-Trump forces – including the President – spent weeks spewing election lies that erupted into a planned coup attempt.

"They need to be expelled from the Senate immediately and prosecuted for aiding and abetting acts of terrorism," the video (below) says. Experts including President-elect Joe Biden have characterized the insurrection as "domestic terrorism."

The video has gone viral, with 2.5 million views on Twitter in under 20 hours.

Really American is calling for the "immediate removal of Senators Josh Hawley and Ted Cruz under terms that are clearly spelled out by the 14th Amendment," and notes the Constitution "is clear in declaring that no American who has engaged in insurrection or rebellion is allowed to hold office."

As new information about the planned insurrection comes out, Really American says Cruz and Hawley "have continued their attacks," and say the two Republicans "have likely contributed to plans by various militia groups to hold armed protests outside of various state Capitol buildings around the United States. Those protests are scheduled for January 20, the day Joe Biden is sworn in as the 46th President of the United States."