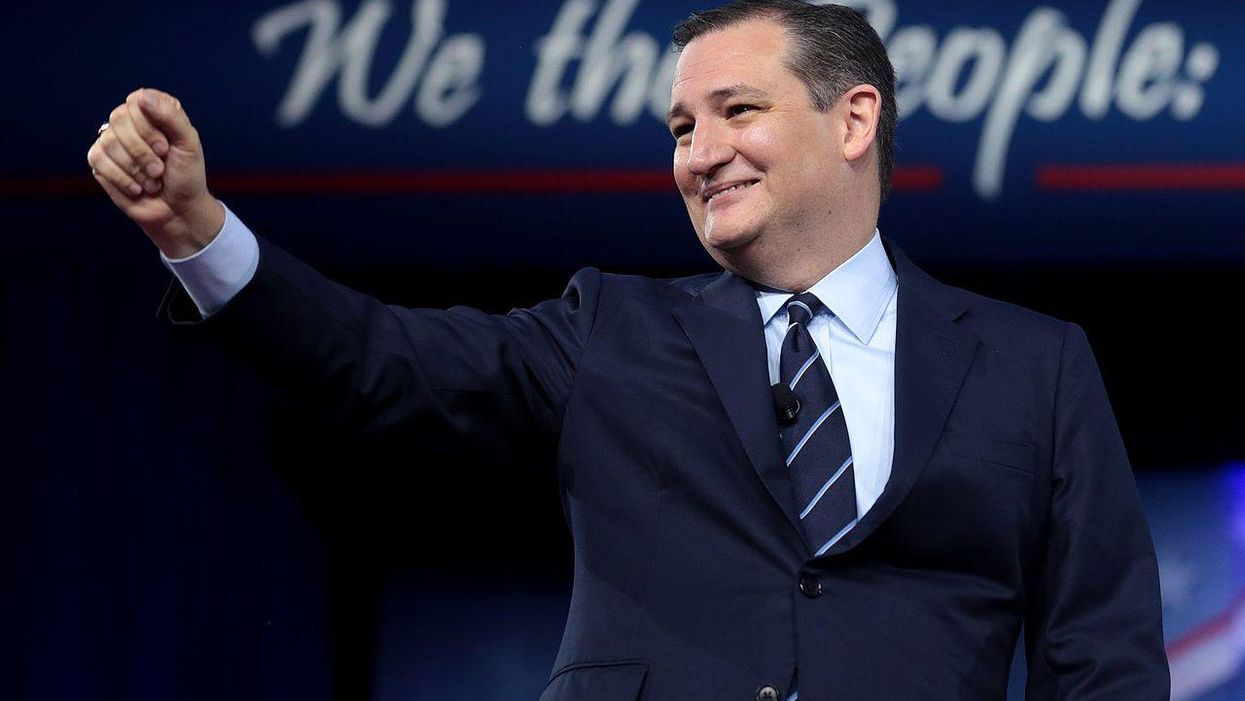 Three House Democrats from Texas have called on party leaders in the U.S. Senate to back the expulsion of a member of their state's congressional delegation, Republican Sen. Ted Cruz, for what they term "seditious" behavior related to the insurrectionist mob that overran the U.S. Capitol on January 6.

Signed by Reps. Veronica Escobar, Joaquin Castro, and Sylvia Garcia—all from Texas—a Friday letter addressed to Senate Majority Leader Mitch McConnell and Senate Minority Leader Chuck Schumer (soon to exchange title) argued that it "is evident that Senator Cruz echoed Trump's false voter fraud claims for political gain, going so far as sending a fundraising plea during the armed stand-off in the Capitol where members of Congress, staff, and journalists were held hostage for hours."

In addition to Sen. Josh Hawley (R-Mo.), Cruz led the Republican effort in the Senate to block certification of President-elect Joe Biden's 2020 electoral victory by making baseless claims of voter fraud—the same false claims made by Trump and those in the mob who ransacked the U.S. Capitol in an insurrectionist effort that left five people dead, including one Capitol Police Officer who was murdered.

Cruz's conduct, Escobar said in a tweet that mirrored the letter's message, "was seditious. He must be held accountable and expelled from the Senate."

The letter argues that "Cruz's objection to the election of Joe Biden and Kamala Harris helped incite the attack and gave credence to a process that had no chance of succeeding and put all of us in danger."

"In his effort to appease Donald Trump and his supporters," it continued, "Cruz encouraged these terrorists to wage armed insurrection against America."

The Texas lawmakers cite Article I, Section 5 of the U.S. Constitution—which allows for the punishment, including expulsion, for "disorderly behavior" by a member—to argue that Schumer and McConnell have the authority to initiate such a process for Cruz.

On Saturday, Sen. Joe Manchin (D-W.V.)—the most right-wing member of the Democratic caucus—said that the 14th Amendment "should be a consideration" for both Cruz and Hawley.

Section 3 of the 14th Amendment states that no U.S. lawmaker holding office "shall have engaged in insurrection or rebellion against the same, or given aid or comfort to the enemies thereof. But Congress may by a vote of two-thirds of each House, remove such disability."

While Manchin says, he gets "along fine" with Cruz, "what he did was totally outside the realm of our responsibilities or our privileges."

Progressives, meanwhile, have consistently called for both Hawley and Cruz to resign or be removed ever since last week's attack.

"There can be no normalizing or looking away from what played out before our eyes," Sen. Patty Murray, the third-ranking Democrat in the Senate, said last week as she called on both Cruz and Hawley to resign.

"The violent mob that attacked the Capitol was made up of people who don't accept democracy, and want to take this country by use of force," she stated. "Any Senator who stands up and supports the power of force over the power of democracy has broken their oath of office."