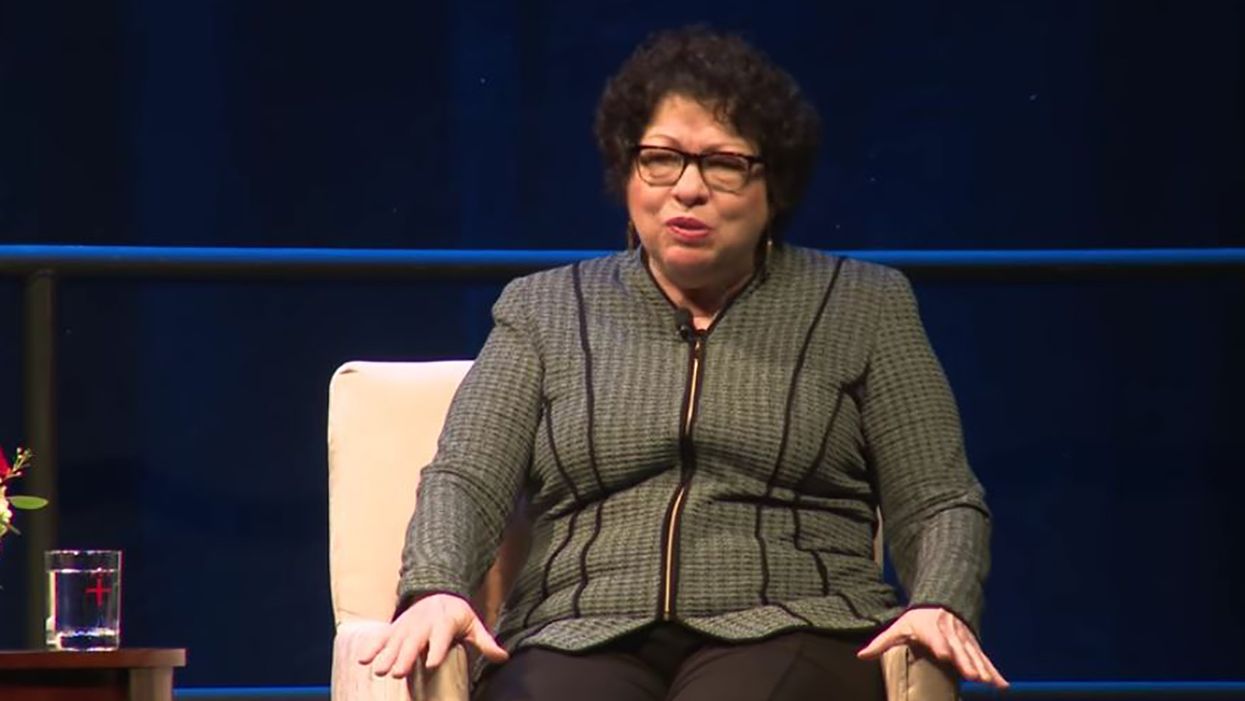 In a fiery dissent issued just prior to Friday night's federal execution of convicted murderer Dustin John Higgins—the 13th and likely final person put to death under the direction of the Trump administration's Department of Justice—U.S. Supreme Court Justice Sonia Sotomayor denounced the court's abdication of responsibility in recent months and said that those killed by the state under the arbitrary end-of-office deadline of Trump's deserved better protections and due process than what they received.

"Sotomayor's dissent... will be remembered long into the future as one of the most thorough, resounding indictments of this administration's reckless, immoral, illegal effort to execute as many people as possible, as quickly as possible." —Sister Helen Prejean

"This is not justice," Sotomayor wrote in a dissenting objection (pdf), backed only by Justice Stephen Breyer, which stated that the nation's highest court "repeatedly sidestepped its usual deliberative processes, often at the Government's request, allowing it to push forward with an unprecedented, breakneck timetable of executions."

As CNN noted, Sotomayor in her statement argued the government should have proceeded with "some measure of restraint" instead of moving with an "unprecedented rush" amid questions concerning the Justice Department's drug protocol, the Federal Death Penalty Act and other disputes.

According to Business Insider:

Sotomayor also condemned the federal government for fast-tracking the executions of two men who tested positive for COVID-19 — Corey Johnson and Dustin Higgs — by arguing that a sooner execution would put the inmates out of their potential misery. Sotomayor dissented against the federal execution of Johnson a day earlier on January 14 because he was intellectually disabled and not afforded judicial review.
Six of the 13 inmates killed since July have been Black, and a Death Penalty Information Center report from September 2020 showed that Black Americans are almost 30 times more likely to face the death penalty for the murder of a white victim than the other way around.

Putting the 13 people killed by the federal government since Trump's DOJ lifted a self-imposed ban on executions last July in "historical context," Sotomayor lamented that the U.S. has killed more people in just half a year that it had in the previous six decades combined under Trump.

"[T]he Court has allowed the United States to execute thirteen people in six months under a statutory scheme and regulatory protocol that have received inadequate scrutiny," she wrote, "without resolving the serious claims the condemned individuals raised. Those whom the Government executed during this endeavor deserved more from this Court. I respectfully dissent."

"The Court made these weighty decisions in response to emergency applications," reads the objection, "with little opportunity for proper briefing and consideration, often in just a few short days or even hours. Very few of these decisions offered any public explanation for their rationale."

As Common Dreams has reported, Trump's killing spree of recent months has resulted in new and elevated calls for Congress to finally step in and abolish the death penalty once and for all.

"State-sanctioned murder is not justice, and the death penalty, which kills Black and brown people disproportionately, has absolutely no place in our society," said Rep. Ayana Pressley (D-Mass.) last week as she, along with incoming Senate Judiciary Chairman Richard J. Durbin (D-Ill.), re-introduced legislation to ban federal use of the death penalty.

"Ending the federal death penalty—which is as cruel as it is ineffective in deterring crime—is a racial justice issue and must come to an end," Pressley said. "We must finally abolish this inhumane form of punishment and put an end to Donald Trump's unprecedented killing spree. I am grateful for the partnership of incoming Chairman Durbin and my colleagues in this effort."