Republican senator's surprise retirement could give Democrats a pickup opportunity in Ohio: analysis 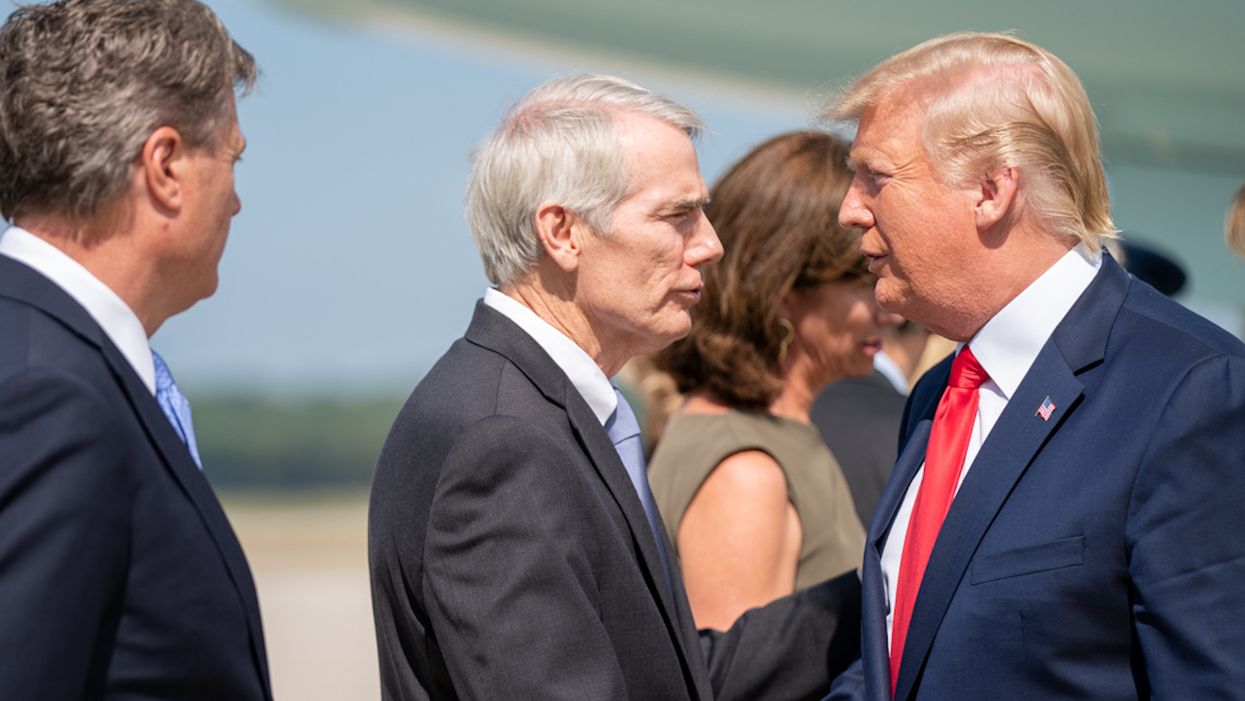 In a big surprise, Republican Sen. Rob Portman announced Monday that he would not seek a third term next year in Ohio. Portman, who is 65, had not shown any obvious interest in retirement, and he had a large $4.6 million war chest at the end of September of 2020. The senator, though, explained his decision by saying, "I don't think any Senate office has been more successful in getting things done, but honestly, it has gotten harder and harder to break through the partisan gridlock and make progress on substantive policy, and that has contributed to my decision."

Portman's departure will likely give Democrats a better shot at his Senate seat, but Ohio's rightward drift over the last few years will still make it difficult for Team Blue to score a win in this traditional swing state. Joe Biden targeted the Buckeye State hard in 2020, but Donald Trump still defeated him 53-45. However, Ohio still isn't a place that Republicans can take victory for granted: Portman's Democratic colleague, Sen. Sherrod Brown, earned reelection 53-47 in 2018, and last year, Democrats won an officially nonpartisan race for the state Supreme Court.

Portman's retirement also ends a long career in state and national politics. Portman got his start interning for his local GOP congressman, Cincinnati-area Rep. Bill Gradison, and working on George H.W. Bush's unsuccessful 1980 presidential campaign. He went on to serve as a White House associate legal counsel in 1989 after Bush won on his second try. Portman, who became close to the president, quickly rose to become head of the Office of Legislative Affairs, and he returned home in 1991 a year ahead of Bush's defeat.

Portman soon got his own chance to run for office in 1993 when Gradison resigned to lead the Health Insurance Association of America and asked his former intern to run in the special election to succeed him. Portman also benefited from support from former First Lady Barbara Bush, who, as Politico would recount in 2012, "recorded a radio ad name-dropping Cincinnati's Skyline Chili and Portman in the same sentence." Portman won the primary by beating former Rep. Bob McEwen, who had lost renomination in 1992 after redistricting pitted him against a fellow incumbent, 36-30, and he had no trouble in the general election for the conservative 2nd District.

Portman quickly became entrenched in the House, but he resigned in 2005 to become United States Trade Representative under George W. Bush. (Portman's departure set off an unexpectedly competitive special election between Republican Jean Schmidt and Democrat Paul Hackett that Schmidt ended up winning just 52-48.) Portman later served as head of the White House's powerful Office of Management and Budget from 2006 to 2007, and he played Barack Obama in 2008 during John McCain's debate practice sessions.

Portman got another chance to run for office in early 2009 when Republican Sen. George Voinovich announced his retirement. Portman quickly launched his campaign and proved to be a very strong fundraiser from the jump, something that helped the political insider avoid any primary opposition even as the emerging Tea Party declared war on other party establishment figures.

Ohio had backed Obama 51-47 in 2008 and this looked like it would be a top tier Senate target for much of the cycle, but that's not how things turned out. Lt. Gov. Lee Fisher won the Democratic nomination after a costly primary campaign, and he never was able to come close to matching Portman's financial resources. The Republican took a lead during the summer as the political climate got worse and worse nationally for Team Blue, and Democratic outside groups ended up concentrating on other races. Ultimately, Portman beat Fisher 57-39.

Portman's wide win in this battleground state made him an attractive vice presidential prospect in 2012, and Mitt Romney seriously considered him before opting instead for Wisconsin Rep. Paul Ryan; while the senator wasn't on the ticket, he did reprise his role as Obama as Romney prepared to debate the real president. Portman later considered his own White House bid, but he announced in late 2014 that he'd instead seek reelection to the Senate.

National Democrats soon recruited former Gov. Ted Strickland, who had narrowly lost reelection during the 2010 wave, to take on Portman, and this again looked like it would be one of the most competitive races of the cycle. Unfortunately for Strickland, though, he suffered a similar fate in 2016 as Fisher had six years ago.

Portman and his allies spent heavily during the summer on ads blaming Strickland for job losses that took place during the Great Recession, when every state experienced painful job losses that had nothing to do with who was governor. Strickland didn't have the resources to fight back in time. Portman once again built up a clear lead in the polls months before Election Day, and national Democrats pulled out of the state in mid-October. Portman ended up winning his final term 58-37 as Trump was carrying the state 51-43.