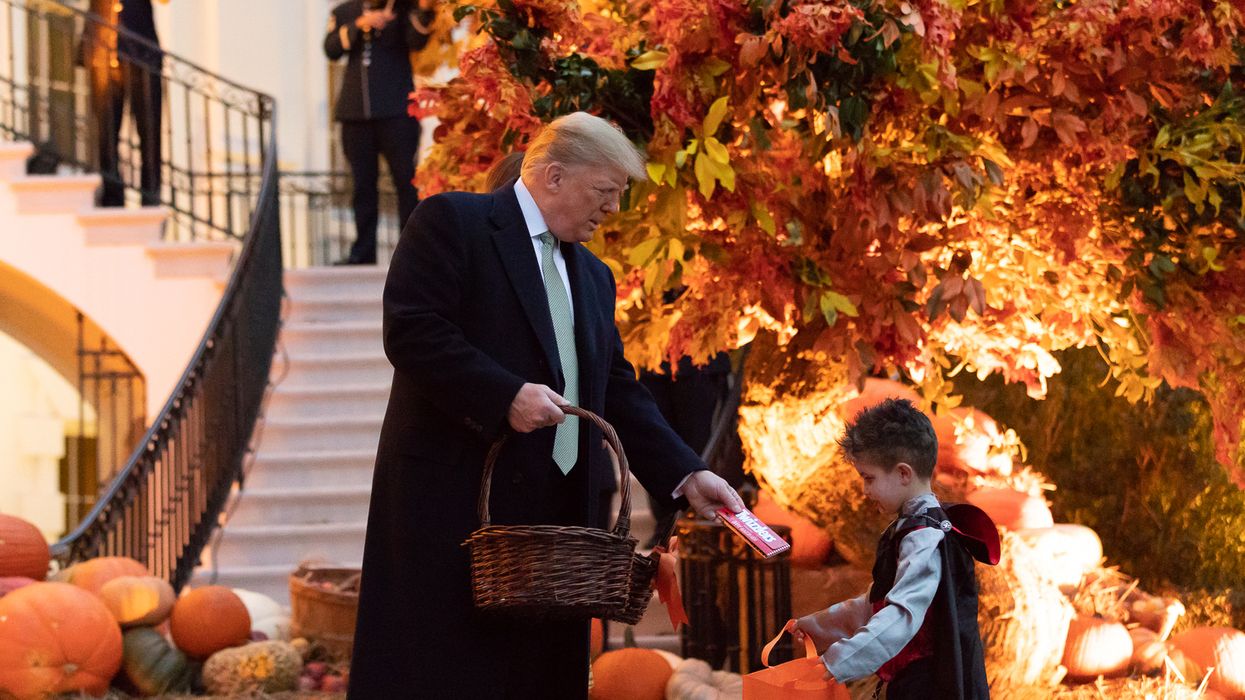 I think children understand justice better than most members of the Republican Party. I think they would understand better than pretty much any grownup that something serious is missing from the debate over the former president's crimes, his pending trial in the U.S. Senate, and the complicity of some of his fellow Republicans.

Right now, most of us insist that truth is a necessary precondition to unity. In other words, if all the Republicans who said, or implied, that Joe Biden stole the election concede the truth—which is that Donald Trump lost fair and square—then we can have unity. That's not enough. We can't see it, though. We're too focused on insisting the Republicans tell the truth. Fact is, lying is an injury. It's going to take more than accepting the truth to restore trust in the Republicans. It's going to take an apology.

Look, when my 9-year-old hurts a friend's feelings, she knows there are three steps toward reconciliation. One, accept the truth. She hurt a friend. Yes, she didn't mean to. But she did. Now she needs to accept the fact of her friend's hurt feelings. She needs to accept that—if she values their friendship. If she does not, well, then we need to talk.

Two, ask for forgiveness. In asking, my daughter is demonstrating understanding and acceptance of the truth. Her friend's feelings are real. They are legitimate. And she is accountable for her actions. Her friend may not forgive her. Their friendship might not survive. But that's not in my daughter's power. What is is accepting responsibility.

Three, say sorry. In saying sorry, my daughter is affirming that her interests are equal to their friendship, but at the same time, her interests do not supersede their mutual interest. Friendship isn't about what one person can do for another, but what we can do for each other, and most importantly, what we can do together in unity. In saying sorry, she is recognizing the reality of a third entity worthy of respect: me, you and us.

This, apparently, needs to be said for the benefit of some Republicans who continue to insist, or imply childishly, that Trump was wronged in some way, and that their efforts are honest and noble instead of what they are, which is malicious and treasonable. My child, like many children, understands the moral character of the body politic better than most of the GOP. The republic can't endure without the truth. It can't endure without justice either. But the Republicans want peace without it. They want unity without it. They want you to trust them without having worked to restore your trust.

But why should they? We aren't demanding it. So far, the only demand is that they stop denying the truth. Rand Paul, the fascist senator from Kentucky, was on ABC's "This Week." George Stephanopoulos asked Paul if he believed that Biden won fair and square. Paul declined. The more he was asked, the more he denied it. Stephanopoulos should have stated Paul was giving voice to falsehoods, then asked what he was going to do to restore trust in him. Stephanopoulos made news in any case. He and his employers might be satisfied with that. Justice isn't, though. Neither is the republic.

Marjorie Taylor Greene, a new House Republican, agreed in 2018 that the Sandy Hook massacre was staged by the Democrats in order to take people's guns away. In old social media posts unearthed by Media Matters, she said the Parkland massacre was also staged, along with Ronald Reagan's assassination attempt and the terrorist attacks of Sept. 11, 2001. Newtown, Conn., is a few miles from where I'm writing these words. It's hard for me to overstate how despicable the "false flag" lie is. People like Taylor Greene can't be trusted with anything except perhaps pissing on 20 dead kids' graves.

Does she still believe that? According to her spokesman, no! And yet in 2018, before she entered the Congress, she wrote: "I'm told that Nancy Pelosi tells Hillary Clinton several times a month that 'we need another school shooting in order to persuade the public to want strict gun control.'" How did she go from authoritative insider peddling lies to honest broker? No one asked. Can we trust her? She wants us to. She's the Congress's most prominent believer in a conspiracy theory holding the Democrats prey sexually on innocent children before eating them. Why wouldn't we trust her?

Fact is, Taylor Greene knows the Sandy Hook massacre was real. She knows QAnon is bunk. She knows Joe Biden did not steal the election. She's lying, as other Republicans are lying. While they know lying is injurious—it does real harm to the republic—they do it anyway, because why not? It gets them where they want to go, and there are no consequences. Barack Obama isn't a citizen. Good guys with guns can stop bad guys with guns. Climate change is a hoax. Mexico will pay for the wall. Covid is just like the flu. And now, courtesy of fascist senator Josh Hawley, there's "the muzzling of America." There will be no end to the lying until there are consequences for lying, and there will never been consequences as long as truth and reconciliation are divorced.

Children understand this, because parents teach it to them.