Journalist explains how Trump's second impeachment will 'go down in history' 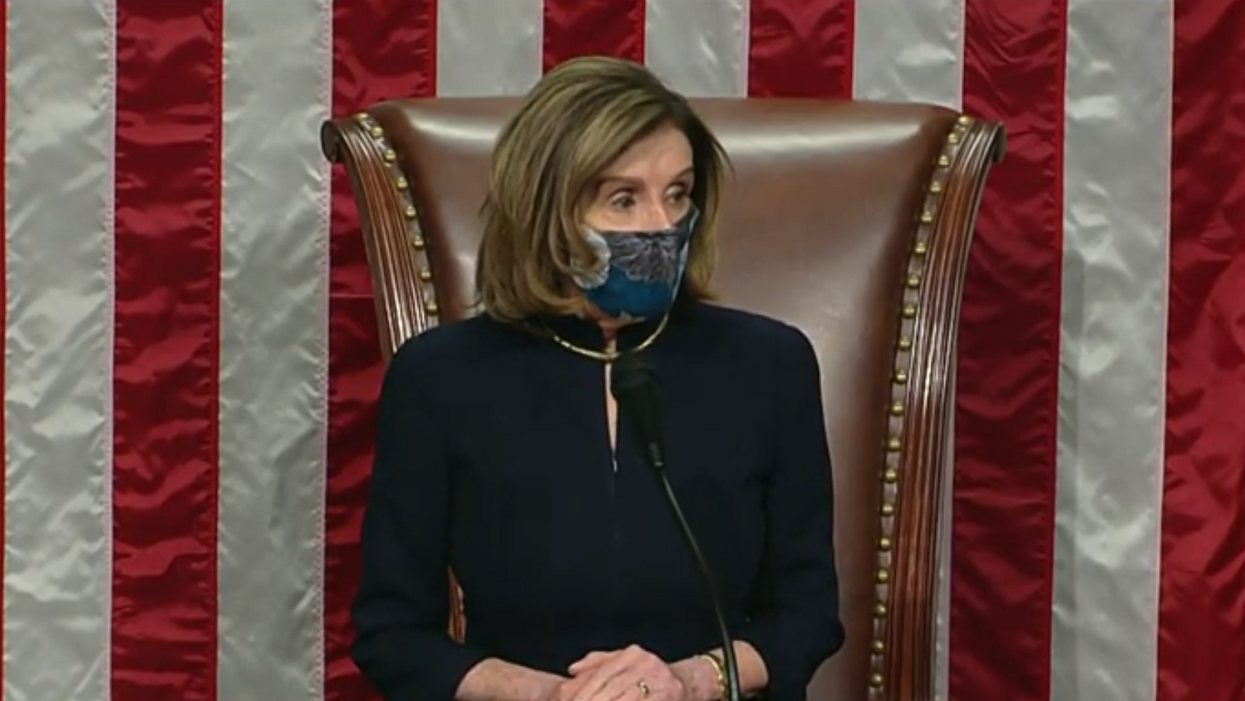 On Wednesday, Donald Trump became the first president in U.S. history to be impeached a second time when the U.S. House of Representatives indicted him on a charge of "incitement of insurrection." Ten Republicans voted to impeach Trump, including Rep. Liz Cheney of Wyoming and Rep. Adam Kinzinger of Illinois. But many other Republicans voted against impeaching Trump, and The New Yorker's Susan B. Glasser laments that even a violent mob's deadly rampage wasn't enough to turn 197 House Republicans against the outgoing president.

The House's vote to impeach Trump came a week after a mob of Trump supporters invaded the U.S. Capitol in the hope of preventing Congress from certifying President-elect Joe Biden's Electoral College victory. But the mob only succeeded in delaying the certification, not preventing it. A week from now, Biden will be president of the United States and Sen. Kamala Harris of California will be vice president.

Glasser, in an article published by The New Yorker on Jan.14, explains, "Never mind the deadly rampage of the pro-Trump mob that endangered their own lives, and the president's direct role in setting that mob loose on the Capitol — when the House of Representatives returned to the scene of the crime on Wednesday, for the first-ever second impeachment of a president, the result was drearily predictable: Democrats supported it and, with a few exceptions, Republicans didn't."

The journalist continues: "And so, the second impeachment of Donald John Trump, just like his first impeachment, will go down in history not as an exercise in forcing the president to face consequences for his actions, but as a stark confirmation of how in thrall to Trump the Republican Party remains. In a way, it was as heartbreaking for American democracy as the violent mayhem that triggered it just a week ago."

According to Glasser, Trump's behavior last week was "as close as an American president has ever come to mounting a direct assault on the Constitution."

By this time next week, Trump won't be president. It's just everything in between that still seems uncertain and potentially worrisome...
— Susan Glasser (@Susan Glasser)1610638649.0

Rep. Cheney, the daughter of former Vice President Dick Cheney, has been quite forceful in explaining why she favors Trump's impeachment — declaring, "There has never been a greater betrayal by a president of the United States of his office and his oath to the Constitution." Cheney said, "The president of the United States summoned this mob, assembled the mob, and lit the flame of this attack."

And Glasser notes that Senate Majority Leader Mitch McConnell, according to the New York Times and CNN, is furious with Trump and is glad that the House voted to impeach him.

Nonetheless, Glasser points out that McConnell isn't fast-tracking Trump's next Senate trial, which won't start until after Biden is sworn in as president.

"McConnell, who may have personally broken with Trump, can still count votes," Glasser writes. "He swiftly announced that there would be no emergency use of Senate rules to reconvene and try Trump before his term expires. And so, the Trump mess will carry over into Biden's presidency, when the new Democratic majority in the Senate will have to put on an impeachment trial. McConnell and a number of other Senate Republicans might still vote to convict Trump, but they will do so after his term in office ends. This is not about removing a president anymore."