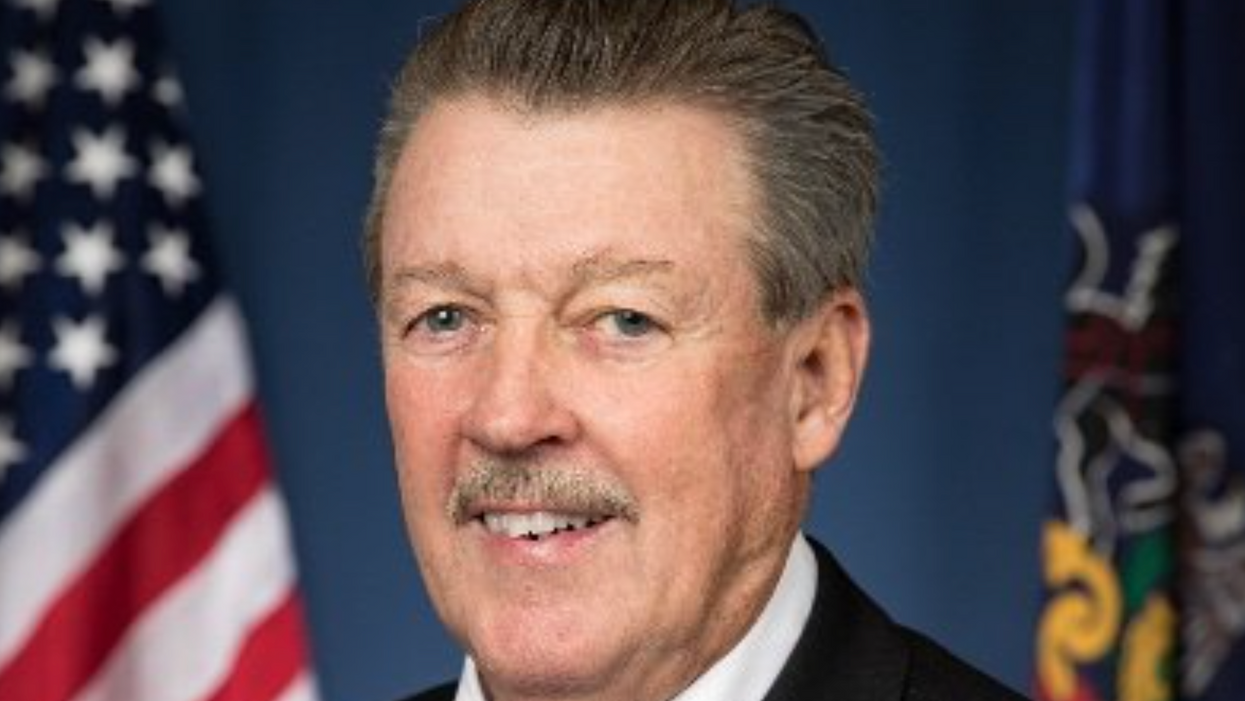 Not only has Democrat Jim Brewster's 69-vote victory in his 2020 race to keep his seat in the Pennsylvania State Senate been officially certified, but the state's supreme court has also definitively rejected his Republican challenger's objection to his win.

But on Tuesday, chaos broke out in the state senate when the chamber's Republican Party majority decided to block Brewster from being seated with the rest of the winners from the election. Lt. Gov. John Fetterman, the presiding officer of the chamber, tried to block the GOP's refusal to seat Brewster, so they forced him out of the senate. Republican interim Senate President Pro Tempore Jake Corman took over and continued with the ceremony, refusing to affirm Brewster's win.

"We're at a dangerous time in this country," Fetterman told the Washington Post's Greg Sargent after the incident. "One party is ignoring court rulings and election results. If the results don't match what they like, they do their level best to subvert them."

The disturbing power grab sparked raucous opposition. Sen. Anthony Williams, a Democrat, shouted from the floor as the Republicans moved to force Fetterman out of the proceedings.

PA Sen. Anthony Williams voting NO on removing Lt Gov Fetterman from the Senate for the day is a whole mood. https://t.co/32yyGnaxBE
— Elijah Cohen (@Elijah Cohen)1609875280.0

Much like President Donald Trump, Nicole Ziccarelli, Brewster's opponent in the election, has refused to accept the results. Despite her loss before the voters and before the state courts, she is continuing to fight the election result in federal court. She claims that ballots lacking a handwritten date should be thrown out. The fact that a legal challenge exists doesn't actually nullify Brewster's win — it was certified by state officials, after all — but Republicans are using it as an excuse to oppose his seating.

This is a striking contrast with the Democrats' behavior at the federal level. Democratic House Speaker Nancy Pelosi has permitted Republican Rep. Mariannette Miller-Meeks to be seated in Congress, even as her Democratic opponent, Rita Hart, continues to challenge the result in a race that was even tighter. Hart is behind her opponent in the certified outcome by just six votes. The House will hear Hart's challenge to the results, but at least for now, Miller-Meeks has earned her seat.

By the Pennsylvania Republicans' reasoning, however, Brewster could theoretically be kept out of the state senate indefinitely, as long as his former opponent had some legal objection to the election pending. Fetterman said that before Tuesday, he had thought Republicans had agreed to let Brewster be seated on the condition that he would resign if the federal courts ended up ruling in favor of his opponent. That agreement, it seems, broke down.

"Republicans in Pennsylvania and nationally have spread disinformation and used it to subvert the democratic process," said Democratic Gov. Tom Wolf in a statement. "Sen. Jim Brewster rightfully won the 45th Senate District, but Senate Republicans are ignoring the voters in the district and refusing to swear him in as Senator. This is a shameful power grab that disgraces the institution."

Corman has rejected the criticisms, saying the GOP majority has the discretion to make its own calls.

"The Senate determines what is proper and what is not proper and that is determined by 26 members of the Senate," he said, WTAE reported.

It's hard not to make the connection to Trump. The president's ongoing refusal to accept his loss to Biden has stunned many observers, and he has many more allies than some would have expected in the fight. He has stoked hopes that Vice President Mike Pence and congressional Republicans will somehow overturn the 2020 election when they gather to count the Electoral College votes on Wednesday, Jan. 6, but experts believe there's no viable path for such a maneuver. At Trump's urging, Republicans have repeatedly shifted the goalposts and pinned their hopes on different institutions they believed could keep him in office, including state courts, federal courts, the Supreme Court, certification boards, state legislatures, Congress, and at last the vice president. But even if, as expected, the Jan. 6 gambit does down in flames, Trump may continue to claim he doesn't have to leave office. His own adviser, Peter Navarro, has said Inauguration Day could be postponed past Jan. 20 — a flatly unconstitutional idea.

But Trump's efforts to combat the outcome of the election reflect and perpetuate a deeper turn against democracy from within the Republican Party. That may mean more aggressive efforts to deny the legitimacy of Democratic victories, such as what we're seeing in Pennsylvania, could be in our future.