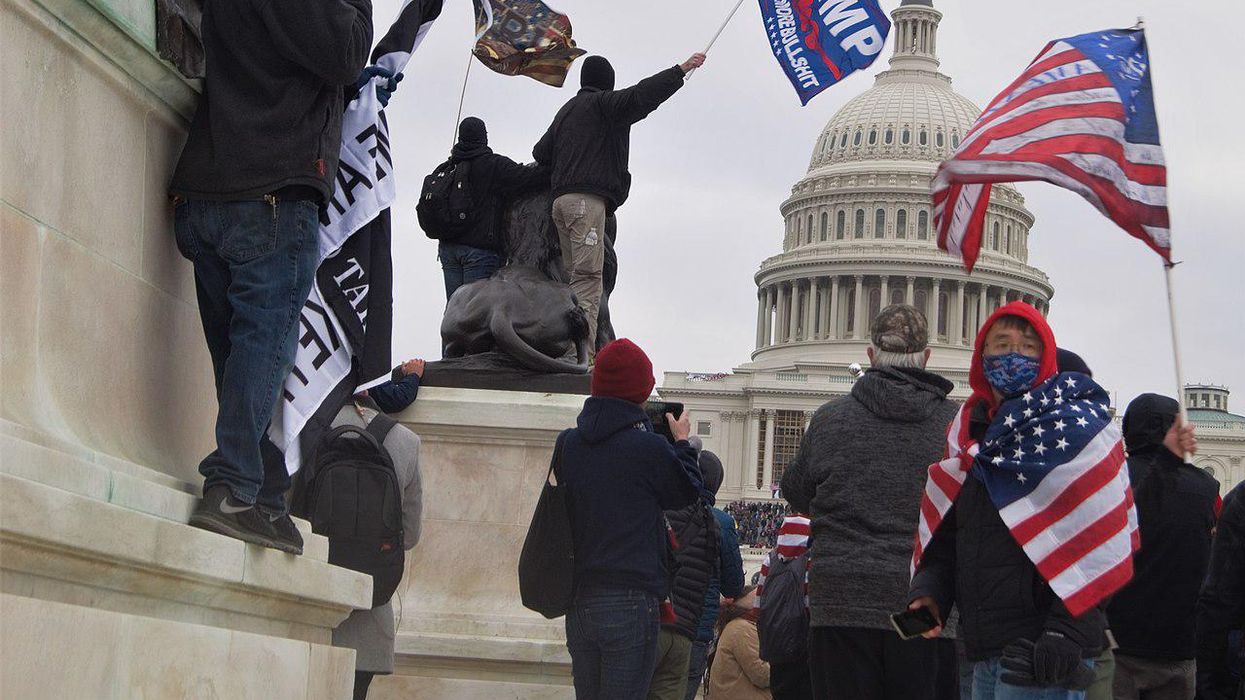 Conservative Republican Olivia Troye, a former national security adviser to Vice President Mike Pence, sent shock waves through her party when — during the 2020 presidential election — she distanced herself from the Trump Administration and came out strongly in favor of former Vice President Joe Biden. And Troye, a frequent guest on MSNBC, slammed Trump Republicans as a national security threat during an appearance on Univision's Spanish-language news program, "Al Punto."

Troye's "Al Punto" appearance, which aired on January 17, came a week and a half after the January 6 attack on the U.S. Capitol Building. Speaking in fluent Spanish, the 44-year-old El Paso native stressed that the United States is facing a dangerous insurrection and denounced pro-Trump Republicans as favoring President Donald Trump's interests over the country's national security interests.

Troye told Ramos, "The party is still Donald Trump's party…. The party must choose its future."

Troye, a self-described "John McCain Republican," added that the GOP must decide if it wants to go back to being the party of the late Sen. John McCain and President Ronald Reagan or remain the "Trump party" — which, she stressed, is failing miserably from a national security standpoint." Trumpism, according to Troye, is a "racist movement" that promotes violent unrest.

"We must protect the security of Americans," Troye told Ramos.

Troye went on to say that another major failure of the outgoing Trump Administration is its response to the coronavirus pandemic.

"It was difficult to stay with a president who said that the virus was a hoax," Troye lamented.

Writing in Spanish on Twitter on January 17, Troye posted, "Thank you, Jorge Ramos and 'Al Punto,' for this important conversation. The future of the Republican Party depends on holding accountable those who have fed racism and intolerance and put our democracy at risk with their lies":

These words...still ring true today.“History will have to record that the greatest tragedy of this period of social… https://t.co/HgcZI9C4IY
— Olivia of Troye (@Olivia of Troye)1610980115.0

Unlike other right-wing Trump critics such as MSNBC's Joe Scarborough, the Lincoln Project's Steve Schmidt and Washington Post columnist George Will, Troye has not left the Republican Party. But she has repeatedly expressed her concerns about the GOP's future and made it clear that she was glad to see President-elect Joe Biden win in November.