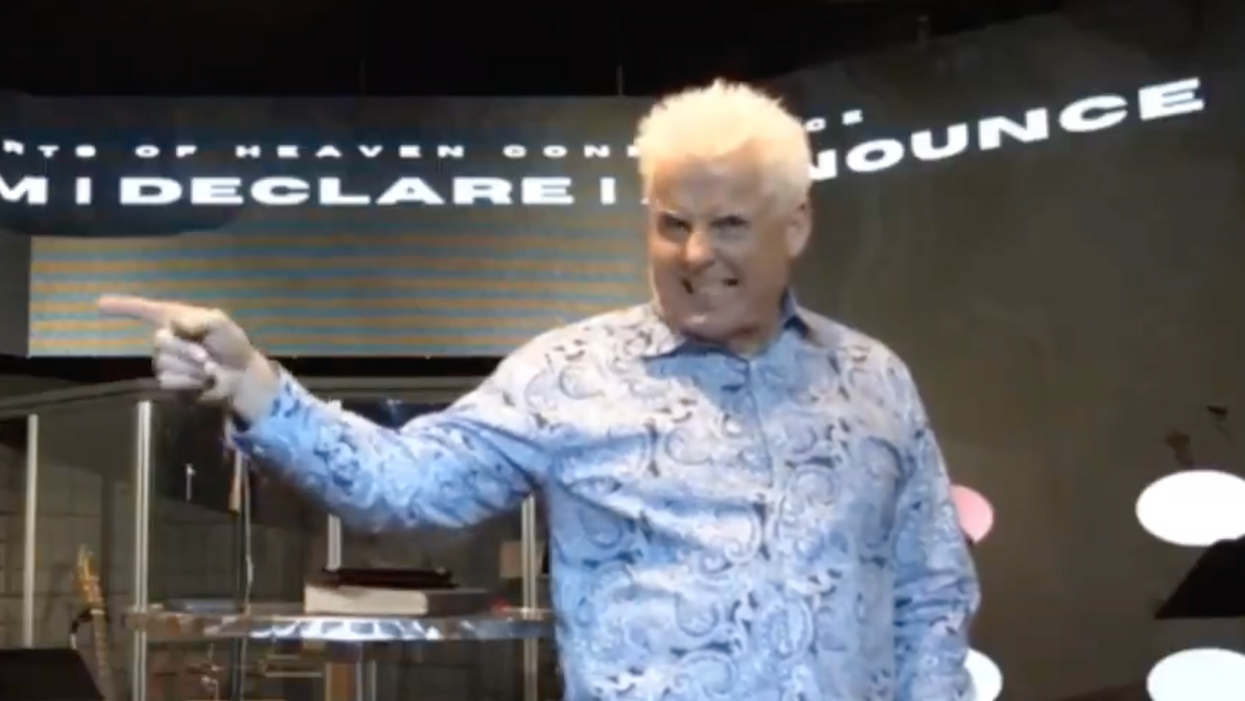 With President-elect Joe Biden's inauguration less than a week away, many far-right conspiracy theorists continue to make the thoroughly debunked claim that the election was stolen from President Donald Trump — including evangelical pastor Robert Henderson. This week, Henderson angrily claimed that Biden couldn't have won the 2020 election legitimately because God wouldn't have allowed it to happen.

Right-wing pastor Robert Henderson says there is no way God would allow Trump, who "has been the best friend that C… https://t.co/6G7Bsr0B2L
— Right Wing Watch (@Right Wing Watch)1610724398.0

Henderson's rant is being mocked unmercifully on Twitter. Here are some of the responses:

@RightWingWatch This can only mean that Biden is not a baby-killing socialist. Thank you god.
— Maine Man (@Maine Man)1610724514.0

@RightWingWatch Joe Biden is a centrist moderate, he is not a socialist. I can't believe people keep pushing this lie.
— Martin Angelo (@Martin Angelo)1610724572.0

@RightWingWatch Why do all these guys dress like they’re the session keyboardist on the Moody Blues farewell tour?
— FreelanceFiends (@FreelanceFiends)1610724671.0