The coup isn't over: Republican leaders continue to stoke the same conspiracies after deadly Capitol attack 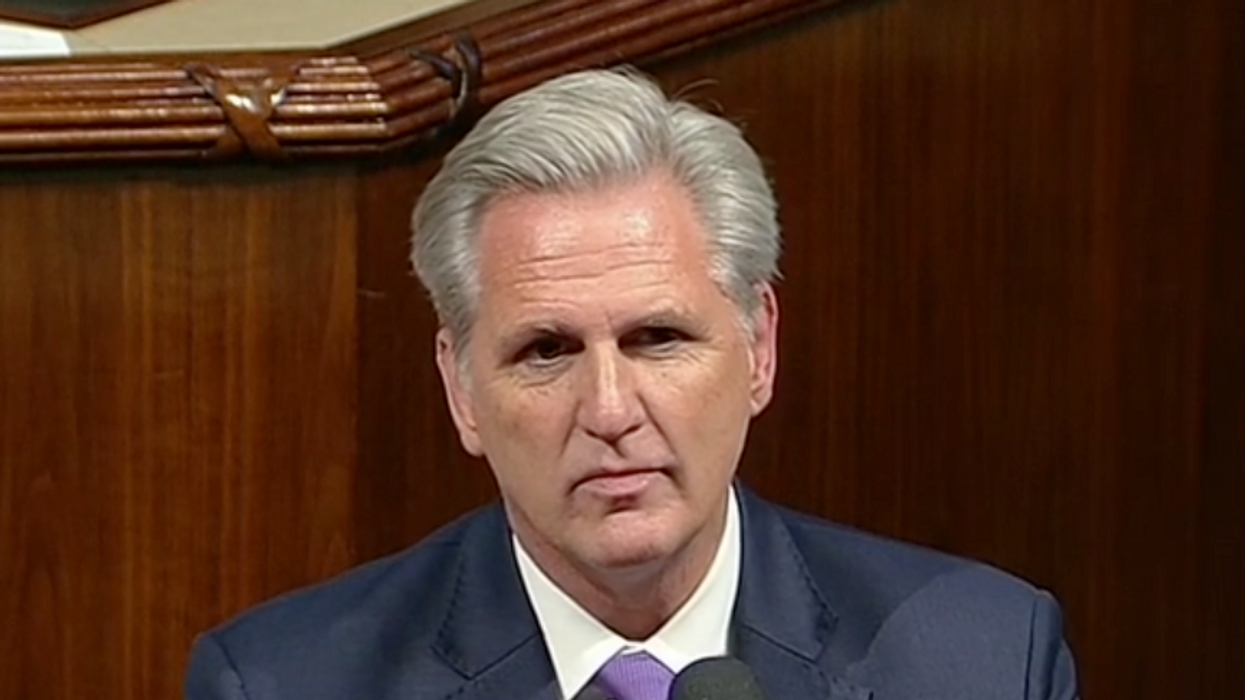 Only days after a violent coup by supporters of Donald Trump came unspeakably close to murdering top U.S. leaders, including Trump's own vice president, Republicans are expressing outrage not over the coup attempt, the attempted murders, or the unforgivable lack of federal response, but over private companies deciding that they cannot continue to support the online tools used to help coordinate the violent attack.

Republican lawmakers have given only lip service to coup condemnations; instead, they have devoted the vast majority of their statements to insisting that "unity" demands taking no action to remove Donald Trump, even after he provoked an insurrection, and declaring that the greater travesty is online efforts to isolate and expel those that advocated for and planned the violence.

Trump's own handpicked leader of the Republican National Committee, in the meantime, a woman who willingly abetted malevolent hoaxes claiming that the United States elections that removed Trump from power were fraudulent and should be nullified, was reelected to lead the party by a unanimous vote.

That is evidence enough that Republican lawmakers and leaders have no remorse over their own parts in stoking, relentlessly, the fraudulent propaganda that domestic terrorists then used as justification for attempting to murder Trump's enemies in Congress. It is also the reason the acts of individual lawmakers should be investigated, by Congress, and expelled en masse if warranted. But further evidence can be found in the materials being distributed by Republican candidates and officeholders in the immediate aftermath of the murders.

They want constituents to know that their attacks on America's democracy and government will continue, and that they are proud of their actions to date.

In new campaign materials, recent North Carolina Republican congressional candidate Sandy Smith bragged of her involvement in an attempted overthrow of the government.

This was sent out from the Smith campaign in North Carolina in the last hour. https://t.co/LRWw2pO6jm
— Maggie Haberman (@Maggie Haberman)1610302240.0

"I was at the March for Trump and the Stop the Steal Rally, supporting the President, fighting for our country and our Constitution!" says Smith, a fascist, seditionist and traitor. Of the participants in the event: "None were inciting violence," she claims.

Of "Republicans in DC": "To them, it's fine if Biden stole the election and takes office."

"No wonder the establishment cheated to get Trump out."

Sandy Smith, a Republican congressional candidate, is unrepentant in continuing to stoke the provably false propaganda claim that the United States elections were "stolen." Every court in the land has decried these claims; there is, literally, no evidence for them. Not a stitch. The claim is a lie, and it is a lie that Trump's fascist enablers signaled before the election he would pursue if he lost. It is a hoax intended to overthrow this nation's government, and Sandy Smith is a traitor knowingly peddling it.

In a pinned Tweet, Smith claims she herself won her election for North Carolina's 1st District seat, "if we audit" it. She did not. She lost. Her claims are false, and she is a traitor.

She is not the only Republican who has continued to claim that the elections that ousted Trump were fraudulent, of course. Over a hundred Republican lawmakers claimed the same, even as pooled blood continued to dry outside the chamber doors Wednesday evening. It is a false claim, explicitly demanding the nullification of an election based on a propagandistic hoax perpetrated by a deranged madman and his fascist allies. The Republican Party is a fascist movement. There are no "good" Republicans after Wednesday: There are only ex-Republicans or seditionists. The party has made clear what it stands for.

The Arizona Republican Party and other state parties, all of them stripped of any leaders perceived to be insufficiently loyal to their orange-hued tax-dodging rapist leader, have only doubled down on their support for a traitor, which is to be expected. It is a party with no remaining morals; it cannot be forced to condemn a coup it itself attempted to bring into being with anti-American lies.

This coup is not over. From Jim Jordan, Devin Nunes and Kevin McCarthy to Ted Cruz and Josh Hawley, the party continues to claim the election that ousted Trump is invalid and that "unity" requires allowing the organizational tools of the coup, its party allies, and their own seditious rhetoric to go unmolested as they continue to push the same pro-Trump hoaxes that American fascists used to justify their attempted murder of top national leaders. This coup is not over, and its enablers fully intend to rebuild their hoaxes rather than abandon them.