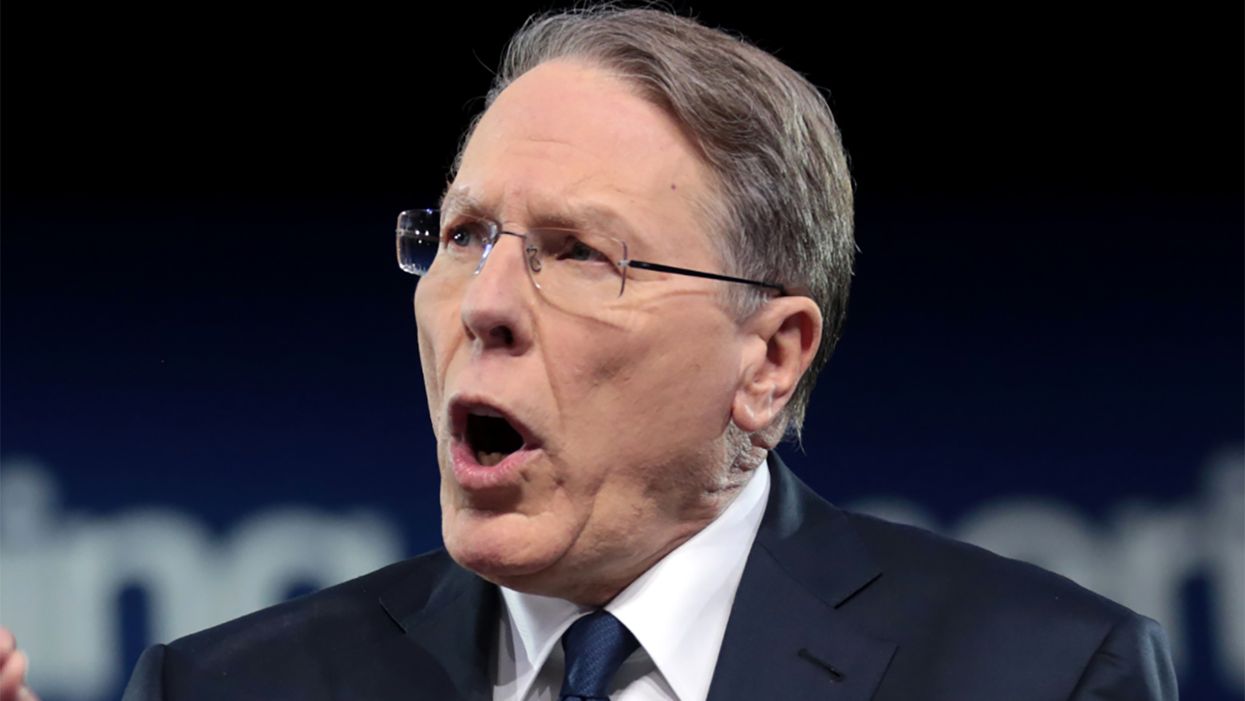 That is what many opponents of the National Rifle Association wryly stated in response to news that the pro-gun lobby group had officially filed for Chapter 11 bankruptcy on Friday in the United States.

In a statement on its website, the NRA—which promotes the interests of the gun industry and gun owners unbothered by the unparalleled level of gun violence seen in the country—said it was leaving New York state, where it is currently registered, to restructure in Texas as part of a "new strategic plan" it is implementing.

"Thoughts and prayers to the NRA fanatical fiends who bear the blood of tens of thousands on their paws," said Rep. Bill Pascrell (D-N.J.) in response. "The world will be a better place when the NRA is finally destroyed. Looks like that day is closer."

While the NRA claims in the statement that it is "in its strongest financial condition in years," it said the strategic plan "involves utilizing the protection of the bankruptcy court" and "dumping New York" so that it can reincorporate in Texas to continue its activities without such a "corrupt political and regulatory environment."

Brady United, which has called for the NRA's dissolution for decades, said Friday that "news of the NRA filing for bankruptcy is just the latest proof that the NRA has cheated its members and American taxpayers in pursuit of an extremist agenda that has made our country markedly less safe."

They told us the @NRA was too powerful, that the politics were too difficult. They were wrong. Today, the @NRA fi… https://t.co/DirmJAZAay
— Peter Ambler (@Peter Ambler)1610746222.0

David Hogg—one of the survivors of the 2018 Marjory Stoneman Douglas High School shooting in Parkland, Florida who later became a vocal gun control advocate—was among those who welcomed the news late Friday afternoon and thanked all the tireless activism over the years focused on the NRA's deadly brand of influence peddling.

"Don't read this as the NRA is going away," Hogg added. "They are not yet," he said, "but this is one step closer."

In August, as Common Dreams reported at the time, New York Attorney General Letitia James filed a lawsuit against the NRA which sought to dissolve the organization based on widespread evidence of corruption and financial self-dealing that violated the state's requirements for nonprofit status.

In a tweet on Friday responding to the NRA's move to divorce itself from New York, James said: "The NRA's claimed financial status has finally met its moral status: bankrupt."

"While we review its bankruptcy filing," she added, "we will not allow the NRA to use this or any other tactic to evade accountability and my office's oversight."