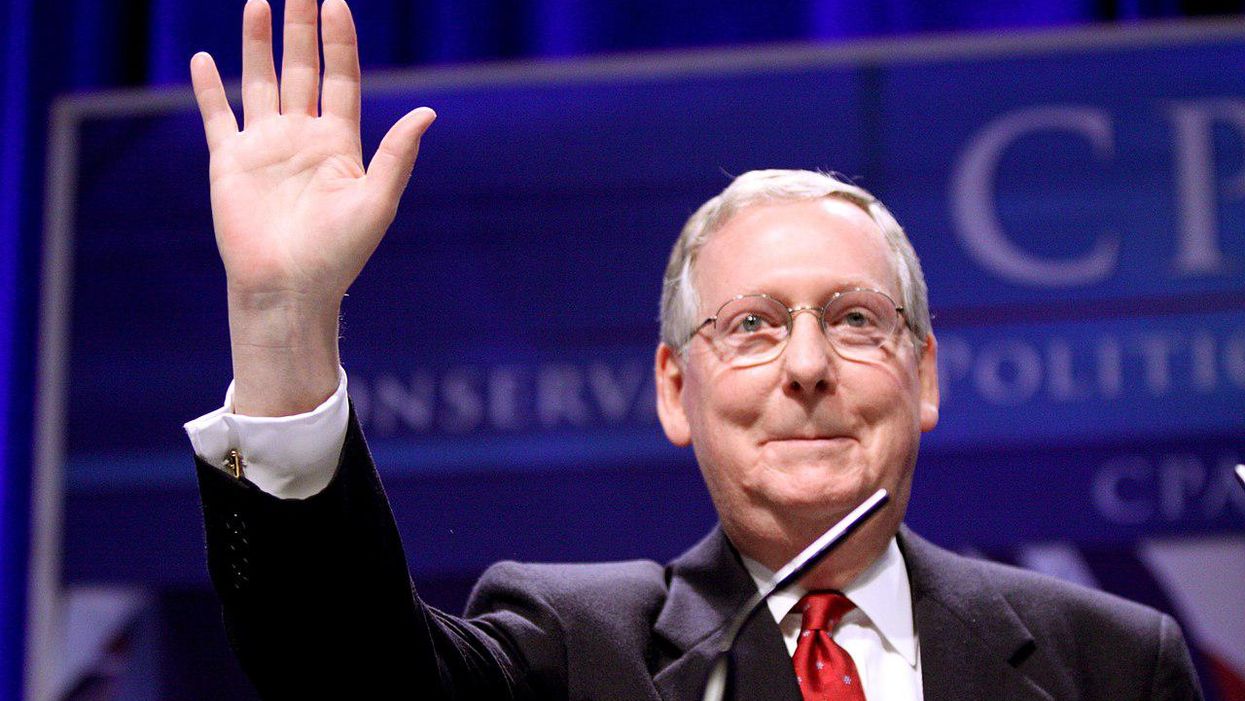 The threat of fascism will hardly disappear when Donald Trump moves out of the White House in two weeks. On Capitol Hill, the Republicans who've made clear their utter contempt for democracy will retain powerful leverage over the U.S. government. And they're securely entrenched because Trumpism continues to thrive in much of the country.

Yet, in 2021, progressives should mostly concentrate on challenging the neoliberalism of Democratic Party leaders. Why? Because the neoliberal governing model runs directly counter to the overarching responsibilities of the left—to defeat right-wing forces and to effectively fight for a decent, life-affirming society.

The plunder is enmeshed in politics. In the real world, economic power is political power. And privatizing political power amounts to undermining democracy.

After four decades of neoliberal momentum, we can see the wreckage all around us: the cumulative effects, destroying uncounted human lives deprived of adequate healthcare, education, housing, economic security and existence free of predatory monetizing. While Republican politicians usually led the wrecking crews, their Democratic counterparts often served as enablers or initiated their own razing projects.

As its policies gradually degrade the standard of living and quality of life for most people, neoliberalism provides a poisonous fuel for right-wing propaganda and demagoguery. Although corporate media outlets routinely assert that "moderate" Democrats are best positioned to block the right's advances, the corporate-oriented policies of those Democrats—including trade deals, deregulation, and privatization—have aided rather than impeded far-right faux populism.

In the long run, the realities of rampant income inequalities cannot be papered over—and neither can the despair and rage they engender. Phony and unhinged as it is, Trumpist extremism offers such rage a populist avenue, paved with a range of vile bigotries and cruelties. When Democrats fail to offer a competing populist avenue, their party is seen as aligned with the status quo. And in this era, the status quo is a political loser.

A myth of U.S. mainstream politics and corporate media is that the most effective way to counteract the political right is to compromise by ideologically moving rightward. When progressives internalize this myth, they defer to the kind of Democratic Party leadership that frequently ends up assisting instead of undermining the Republican Party.

That's what happened when, as incoming presidents, Bill Clinton and Barack Obama filled their administrations' top-tier positions with Wall Street movers and shakers, elite big-business consultants and the like. Those appointments foreshadowed major pro-corporate policies—such as Clinton's NAFTA trade pact, and Obama's lavish bailout for huge banks while millions of homeowners saw their houses sink under foreclosure water—policies that were economically unjust. And politically disastrous. Two years after Clinton and Obama entered the White House, Democrats lost control of Congress in the 1994 and 2010 midterm elections.

Now, there's scant evidence Joe Biden is looking toward significant structural changes that would disrupt the ongoing trends of soaring wealth for the very few and deepening financial distress or outright desperation for the many. Without massive pressure from progressives, it's foreseeable that Biden—like Clinton and Obama—will run his presidency as a corporate-friendly enterprise without seriously challenging the extreme disparities of economic injustice.

"The stock market is ending 2020 at record highs, even as the virus surges and millions go hungry," the Washington Post reported. Wall Street succeeded at "enriching the wealthy . . . despite a deadly pandemic that has killed more than 340,000 Americans."

The reporting came from a newspaper owned by the richest person on earth, Jeff Bezos (who currently has an estimated wealth of $190 billion that he can't take with him). In a world of so much suffering, the accumulation of such wealth is beyond pathology.

What's imperative for progressives is not to "speak truth to power" but to speak truth about power—and to drastically change an economic system that provides humongous wealth to a very few and worsening misery to the countless many.