Here's why experts are increasingly worried about new coronavirus mutations 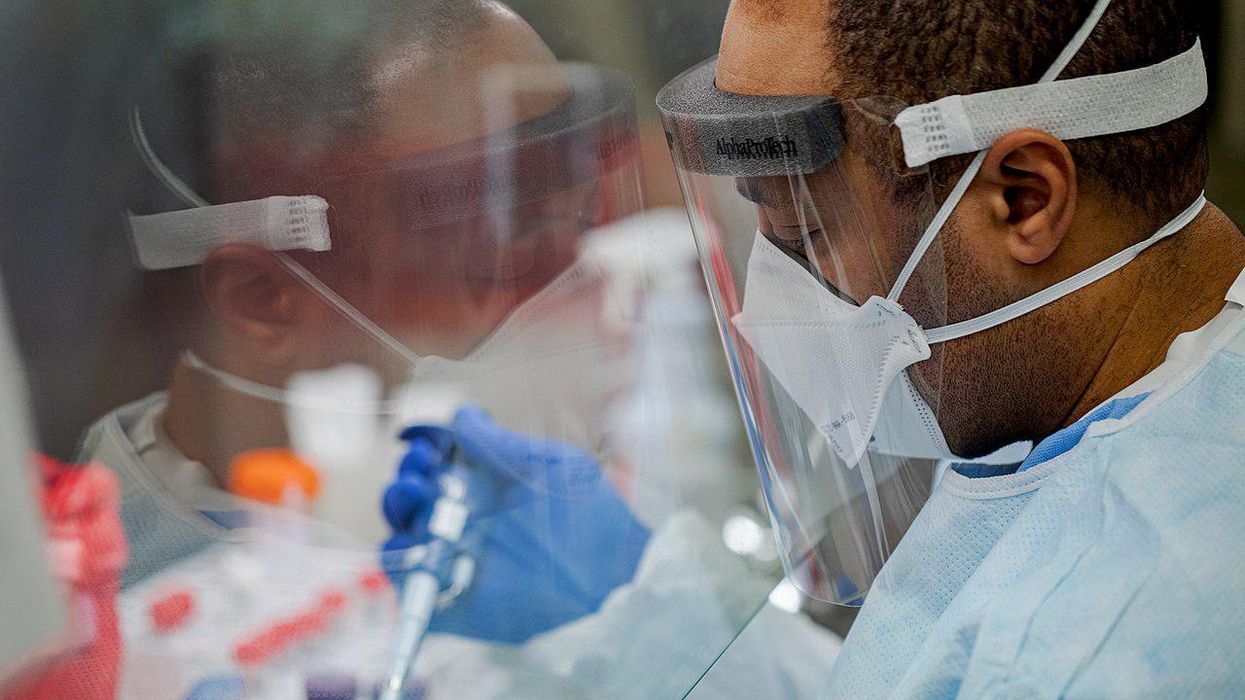 Microbiologist Kerry Pollard performs a manual extraction of the coronavirus inside the extraction lab at the Pennsylvania Department of Health Bureau of Laboratories on March 6, 2020, Gov. Tom Wolf
Alex Henderson
January 20, 2021

With the COVID-19 coronavirus having killed more than 2 million people worldwide and over 402,000 in the United States (according to Johns Hopkins University in Baltimore), the distribution of new vaccines from Pfizer, Moderna and others is very good news. Health experts, however, are worried about new COVID-19 variants that have emerged in different parts of the world, and science reporter Sarah Zhang examines some of the most troubling things about those variants in an article published by The Atlantic this week.

"For most of 2020," Zhang explains, "the coronavirus that causes COVID-19 jumped from human to human, accumulating mutations at a steady rate of two per month — not especially impressive for a virus. These mutations have largely had little effect. But recently, three distinct versions of the virus seem to have independently converged on some of the same mutations, despite being thousands of miles apart in the United Kingdom, South Africa and Brazil."

Zhang adds, "All three variants seem to be becoming more common. And all three are potentially more transmissible."

These variants also have a lot of mutations, period The virus normally doesn't evolve very fast but it might in un… https://t.co/SxcU79SGkw
— Sarah Zhang (@Sarah Zhang)1610992977.0

The South Africa and Brazil variants, according to Zhang, might have an "advantage" in that they could be "better at evading antibodies from the blood plasma of recovered COVID-19 patients." Those variants have what it called the "E484K mutation" — and Zhang notes that "viruses with this mutation could become a little better at reinfecting people or even infecting vaccinated people."

Scientists, Zhang observes, "now wonder whether the variants in South Africa and Brazil are spreading precisely because they have" a "slight advantage in overcoming previous immunity."

"Both variants were originally found in parts of the countries that have had high levels of COVID-19 infection — especially in Manaus, Brazil, where an especially large proportion of people have already had the virus," Zhang observes, noting that "there are already two documented cases of reinfection" in Brazil "with the new variant."

The United States has had the highest COVID-19 death count in the world. And Brazil, according to Johns Hopkins, comes in at #2 with more than 211,000 deaths.

The U.S. and other countries, Zhang stresses, will need to keep a very close eye on the evolution of COVID-19 in the months ahead.

"The coronavirus is in a constant arms race against our immune system," Zhang warns. "It will keep evolving. That means our vaccines may need to evolve with it."