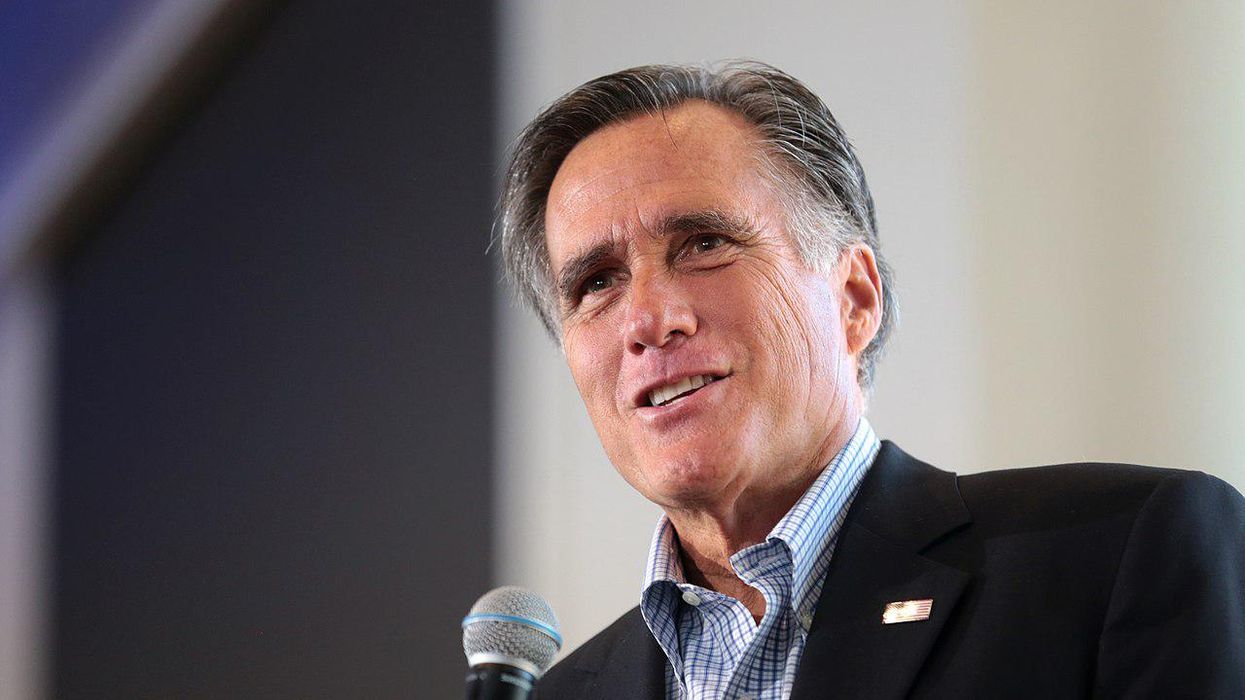 Unlike many other Republicans, Sen. Mitt Romney of Utah has not downplayed the severity of the COVID-19 pandemic — and now, the conservative senator is stressing that the new coronavirus vaccines need to be distributed much more quickly.

In an official statement posted on his website on New Year's Day, Romney explained, "Unlike the development of the vaccines, the vaccination process itself is falling behind. It was unrealistic to assume that the health care workers already overburdened with COVID care could take on a massive vaccination program. So too is the claim that CVS and Walgreens will save the day: they don't have excess personnel available to inoculate millions of Americans. Nor are they equipped to deal with the rare but serious reactions which may occur. Doctor offices are well-suited, but the rate of patient throughput in doctor offices is predictably slow."

The arrival of COVID-19 vaccines from Moderna, Pfizer and others comes at a time when the pandemic is raging all over the United States. And in his statement, Romney expressed his desire to see Americans vaccinated sooner rather than later.

"That comprehensive vaccination plans have not been developed at the federal level and sent to the states as models is as incomprehensible as it is inexcusable," Romney complained. "I have experience organizing a major logistical event but nothing on the scale of what is called for today. Nor do I have any relevant medical or public health experience. But I know that when something isn't working, you need to acknowledge reality and develop a plan — particularly when hundreds of thousands of lives are at stake."

President Donald Trump, as he has previously during the pandemic, tried to avoid taking responsibility for the failures in vaccine distribution — which he previously promised could happen immediately — by blaming the states.

Romney went on offer some suggestions.

"First, call on people who have carried out widespread vaccination programs elsewhere or in the past," the senator wrote. "Learn from their experience. Second, enlist every medical professional, retired or active, who is not currently engaged in the delivery of care. This could include veterinarians, combat medics and corpsmen, medical students, EMS professionals, first responders, and many others who could be easily trained to administer vaccines."

The senator added, "Establish vaccination sites throughout the state, perhaps in every school. Make sure that a medical professional is in each school building to be able to respond to a reaction that might occur. Schedule vaccinations according to a person's priority category and birthdate: e.g., people in group A with a January first birthday would be assigned a specific day to receive their vaccination."

Romney's statement also comes at a time when a new and highly infectious COVID-19 variant is rapidly spreading in the U.K. And the senator concluded his statement by warning that there is no time to waste when it comes to vaccine distribution.

"Unless new strategies and plans are undertaken, the deadly delays may be compounded as broader and more complex populations are added," Romney wrote. "We are already behind; urgent action now can help us catch up."