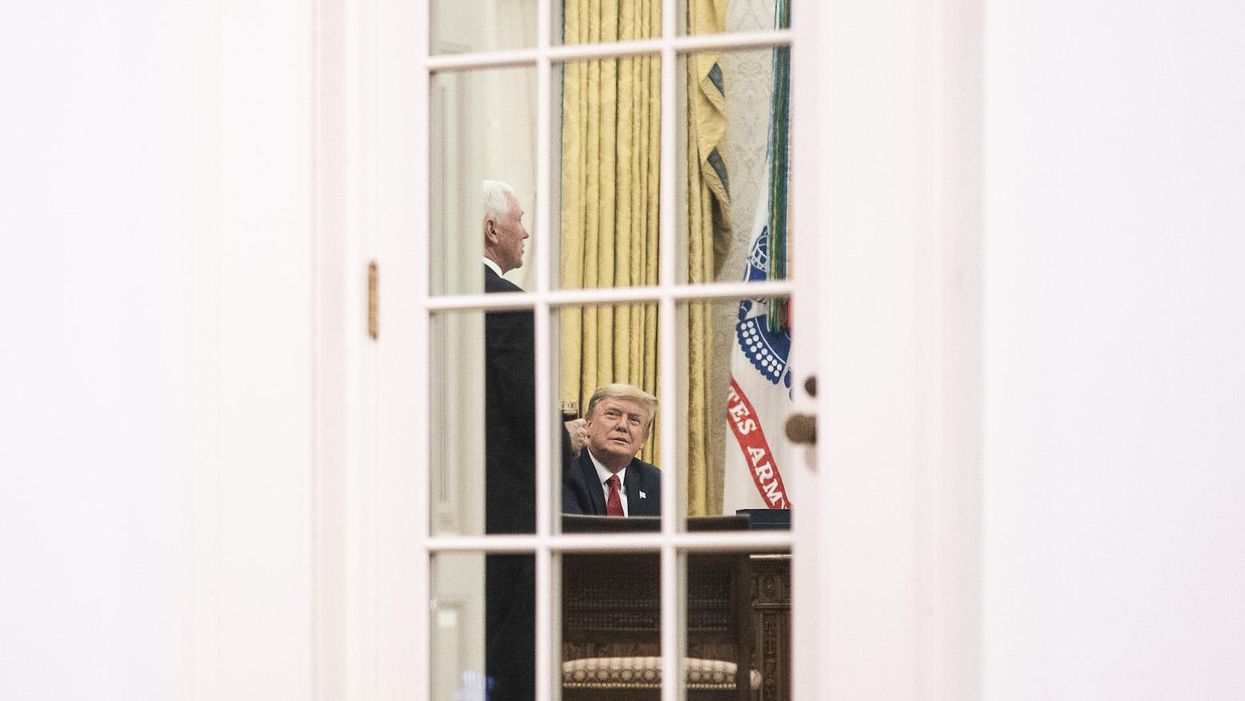 Vice President Mike Pence told President Donald Trump on Tuesday that he has no power to overturn the 2020 presidential election on Jan.6, according to a New York Times report citing "people briefed on the conversation."

"I promise you, come this Wednesday, we'll have our day in Congress," Pence said Monday. "We'll hear the objections. We'll hear the evidence."

VP Mike Pence: "Come this Wednesday, we will have our day in Congress." www.youtube.com

But some observers noted that Pence's words seemed purposefully measured. He said only that the objections to the votes will be heard. That doesn't mean they'll decisive, or that he specifically will play a meaningful role.

Some, including the president, have suggested that Pence could unilaterally reject Biden's win:

But this is false, legal scholars agree in virtual unanimity. The Constitution's role for the vice president in counting the votes is interpreted to be ministerial in their role as president of the Senate. He simply counts the votes and presides over the session. It's also clear that the framers never intended the vice president to play a decisive role since it would essentially leave the power to pick the next president up to the vice president. This is a recipe for one-party rule, not democracy.

According to the Times, Pence has spent time meeting with advisers about the nature of his role. And he has informed the president that he does not have the power to change the result of the vote.

In a mildly amusing paragraph, the report suggests, however, that Pence is still humoring Trump a bit to let him keep a glimmer of hope alive:

Even as he sought to make clear that he does not have the power Mr. Trump seems to think he has, Mr. Pence also indicated to the president that he would keep studying the issue up until the final hours before the joint session of Congress begins at 1 p.m. Wednesday, according to the people briefed on their conversation.

It also says that Pence may try to use his position to give voice to the president's grievances about the election. But many Republican members of Congress are already expected to force the lawmakers into debate about the validity of votes from key swing states in furtherance of Trump's disinformation campaign about the election. Nevertheless, Democrats have majority control of the House, and a majority of the Senate has recognized Joe Biden as president-elect, so there's essentially no chance the formality of the vote-counting will change the result.