'Call it off! It's over!': Republican lawmaker loses it at Trump as his supporters assault the Capitol 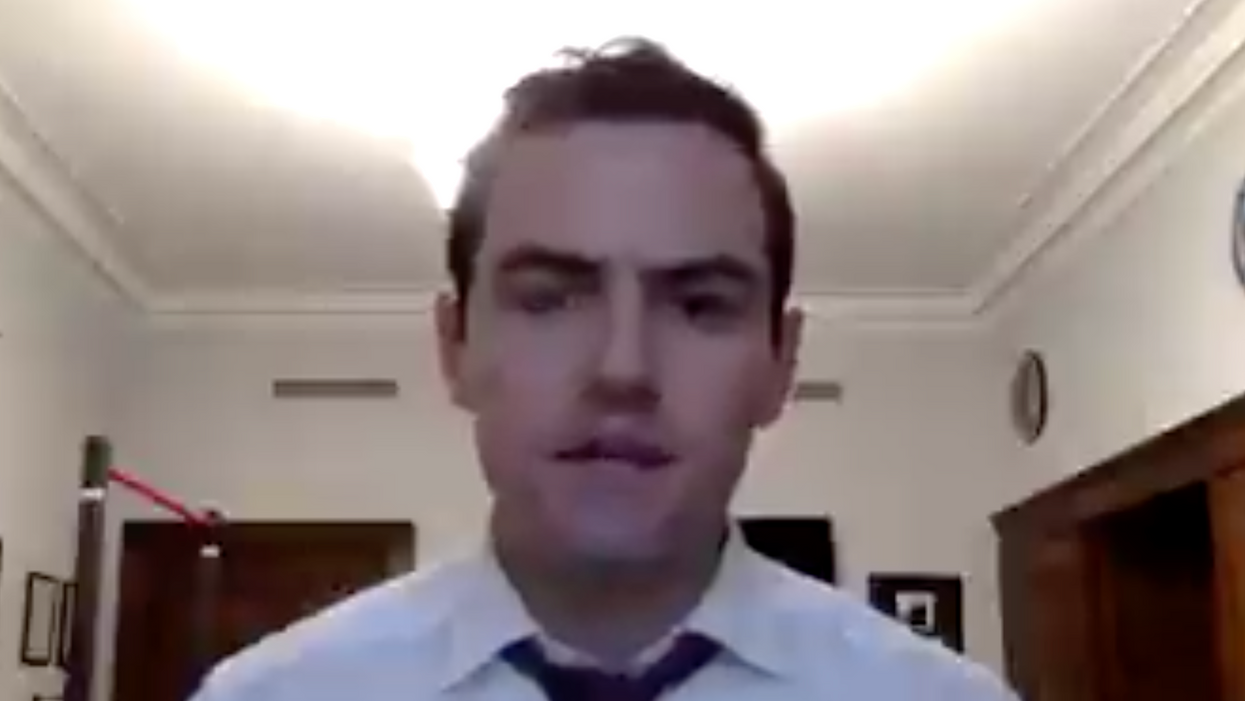 Republican Rep. Mike Gallagher of Wisconsin flew into a rage on Wednesday at the president and his supporters who tried to overturn the results of the 2020 election. When violent demonstrators stormed the U.S. Capitol building, breaching its barriers, and shutting down the proceedings of Congress, Gallagher filmed a video while locked in his office calling on the president to stop the assault.

"Right now, I am sheltered in place, in my office, because we have protesters who have stormed the Capitol, clashing with Capitol Police, forcing their way into Statuary Hall," he said. "The vice president of the United States was just rushed off the floor of the House by Secret Service. This is banana Republic crap that we're watching happen right now!"

He continued: "And the objectors over the last two days have told me over there's no problem with just having a debate. 'We know we're not going to succeed, so we're just going to object, we're going to have the debate, we'll voice people's concerns, and then we won't actually overturn our entire system of representative government, so nothing bad will happen. And they'll be no cost to this effort.' This is the cost of this effort! This is the cost of countenancing an effort by Congress to overturn the election and telling thousands of people that there is a legitimate shot of overturning the election today. Even though you know that is not true!"

Then he turned his fury on the president.

"We have got to stop this!" he said. "Mr. President, you have got to stop this! You are the only person who can call this off! Call it off! The election is over! Call. It. Off. This is bigger than you, this is bigger than any member of Congress. It is about the United States of America, which is more important than any politician. Call it off! It's over."