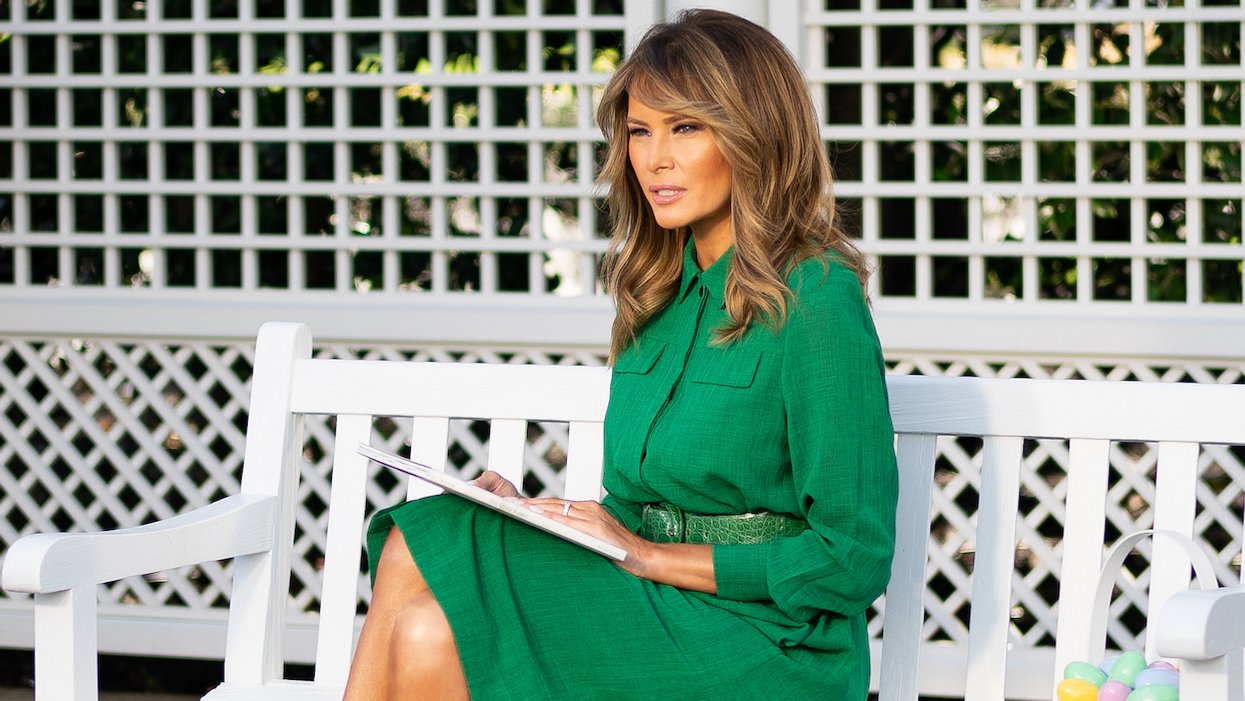 First Lady Melania Trump reads the book "The Little Rabbit" by Nicola Killen during a video recording to be shared online with children for Easter Wednesday, April 8, 2020, in the Kennedy Garden of the White House. (Official White House Photo by Andrea Hanks)
Tom Boggioni
and
Raw Story
January 11, 2021

An official statement from Melania Trump on the tragic deaths that occurred in the halls of Congress after Donald Trump incited a mob to go after U.S. lawmakers blew up in the face of the White House because the first lady managed to make it all about herself.

While noting the deaths of Trump supporters -- and leaving Capitol police officer Brian Sicknick last -- the first lady also included a tone-deaf complaint by writing, "I find it shameful that surrounding these tragic events there has been salacious gossip, unwarranted personal attacks, and false misleading accusations on me – from people who are looking to be relevant and have an agenda."

That sentence alone caused critics to harshly criticize the president's wife for playing victim, with one commenter writing, "This is a trash statement from a trash first lady."

You can see a sampling below:

@FLOTUS Your path forward is to exit the White House post haste and go away forever. And prolly get a divorce. Good luck to you.
— Shannon McIntire (@Shannon McIntire)1610363319.0

Melania was busy working on her coffee table book about redecorating the White House!😡 “The heart of US government… https://t.co/P6zb8jlMXc
— Sanho Tree (@Sanho Tree)1610368169.0

First Lady Melania Trump also has blood on her hands over Trump Insurrection She is as rotten as her husband. They… https://t.co/3DOQTkqT9b
— Emily Denver🌊🥂 (@Emily Denver🌊🥂)1610367866.0

Melania Trump also misspells the last name of Ashli Babbitt, even as she says “my heart goes out to” her, listing h… https://t.co/4cx2ZOWtIX
— Josh Lederman (@Josh Lederman)1610368422.0

@FLOTUS It took you 5 DAYS to respond to the Capitol being hijacked by terrorists YOUR HUSBAND encouraged & cheered… https://t.co/9ueuXzEhbL
— Liddle’ Savage (@Liddle’ Savage)1610363933.0