Mitch McConnell’s denunciation of Trump is too little too late: conservative 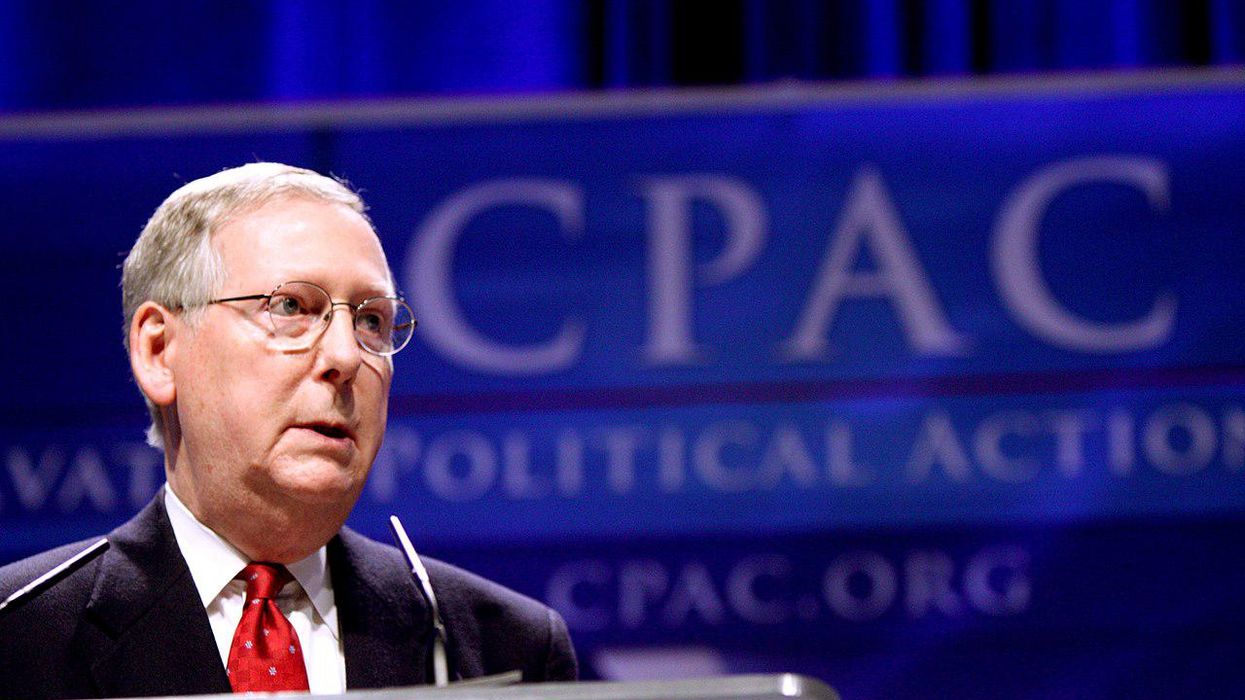 On Tuesday, January 19 — the day before President-elect Joe Biden's inauguration — Senate Majority Leader Mitch McConnell forcefully called out President Donald Trump, making it clear that he blames him for the vicious January 6 assault on the U.S. Capitol Building. But Never Trump conservative Amanda Carpenter, in a biting article for The Bulwark, slams McConnell's denunciation of Trump on the Senate floor as too little too late. And Carpenter emphasizes that all of the Republicans who have been Trump enablers and promoted his lies about the 2020 election bear some responsibility for the violence of January 6.

McConnell, on January 19, told fellow U.S. senators, "The mob was fed lies. They were provoked by the president and other powerful people, and they tried to use fear and violence to stop a specific proceeding of the first branch of the federal government which they did not like."

But Carpenter points out that many of the well-known Republicans who McConnell supported were more than happy to promote Trump's bogus and totally debunked claims of widespread voter fraud in the 2020 election.

"Never forget that the insurrection of January 6 did not start on January 6," Carpenter declares. "Yes, Donald Trump stood before the mob on the morning of January 6 and urged them to march on the Capitol. But the mob gathering was planned in advance. And even before that, the ground was seeded for weeks on end by elected Republicans attesting to the lie that Donald Trump was the legitimate winner of the presidential election and calling for the results to be overturned, by hook or by crook. So, if President Trump is to blame for inciting the violence — and he is — then so are they."

The entire GOP was on board with Trump's big election lie if it helped Loeffler and Perdue win so they could keep c… https://t.co/dLr4cg3AZR
— Amanda Carpenter (@Amanda Carpenter)1611082543.0

Carpenter notes that in Georgia, Sen. Kelly Loeffler and Sen. David Perdue were among the Republicans who promoted Trump's bogus electoral fraud claims — and she points out that McConnell endorsed both of them.

"Two days after the election was called for Biden, Loeffler and Perdue issued a joint statement calling on Georgia Secretary of State Brad Raffensperger to resign over unnamed 'failures,'" Carpenter explains. "After Georgia Gov. Brian Kemp certified the state's results, 'Stop the Steal' rallies materialized in front of the state capitol and outside his home. Outside agitators such as Lin Wood and Sidney Powell began battering the state with bogus lawsuits and rallies. The pressure got so intense that on December 1, election official Gabriel Sterling held a news conference to warn that 'someone's going to get killed' over all the nonsense. His warning was proven correct. Even after Sterling's stern rebuke, Loeffler and Perdue stayed by Trump's side."

McConnell, in December, was acknowledging Biden as president-elect when Loeffler and Perdue were still promoting the lie that Trump had won a second term. And Carpenter notes, "Super PACs aligned with Senate Majority Leader Mitch McConnell — American Crossroads and the Senate Leadership Fund — spent tens of millions of dollars on ads to assist the senators."

"As essentially the entire Republican establishment was calling Georgia's presidential vote fraudulent and agitating for it to be overturned, Kelly Loeffler and David Perdue had nothing to say in defense of their state's voters," Carpenter recalls. "In fact, they campaigned with the same people calling for the disenfranchisement of Georgia voters and agreed with them. For his part, Mitch McConnell does not seem to have done much of anything to stop this train until December 31, when he tried to warn senators against objecting to Biden's certification during a conference call. By then, it was much too late."

The conservative pundit adds, "McConnell, though his silence and complicity, permitted Trump to unfurl his election conspiracies for weeks. And McConnell helped by throwing his full backing behind the Georgia candidates who amplified, legitimized, and took those lies straight into the heart of the United States Capitol."

“I voted for Trump twice and very much wish he had a second term but don’t blame me for any of the terrible things… https://t.co/z0W4QJW6Zl
— Amanda Carpenter (@Amanda Carpenter)1610028454.0

Carpenter points out that on December 10, the Conservative Action Project sent out a letter claiming, "There is no doubt President Donald J. Trump is the lawful winner of the presidential election. Joe Biden is not president-elect" — and the group asked state legislators in Pennsylvania, Georgia, Arizona, Wisconsin, Nevada and Michigan (all states that Biden won) to "exercise their plenary power under the Constitution and appoint a clean slate of electors to the Electoral College to support President Trump."

Then, on January 4, Carpenter adds, Perdue and Loeffler "declared that they supported the effort to object to certifying Biden's election" in the joint session of Congress held on January 6.

"Loeffler and Perdue put their names to this vile, anti-democratic plan," Carpenter observes. "And the entire GOP establishment put its money and support behind them. For the Republican Party, principle is only something you worry about after you've lost power."