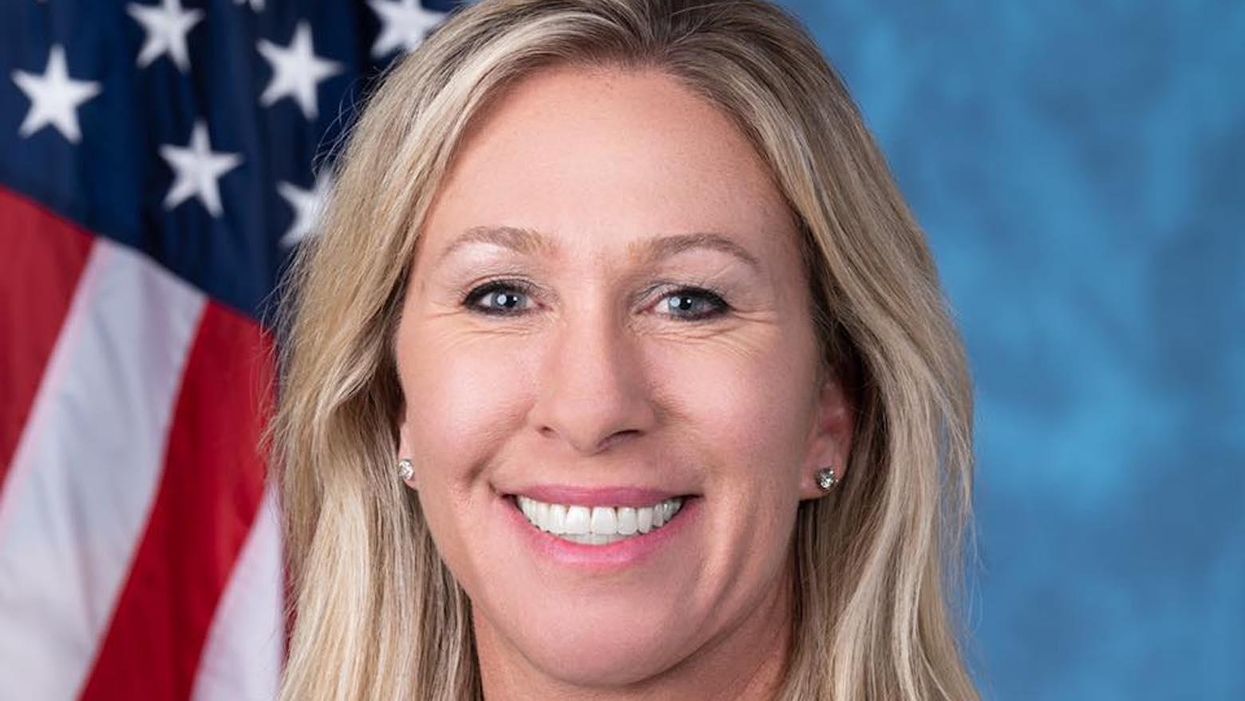 U.S. Rep. Marjorie Taylor Greene (R-GA) has repeatedly shown support for the execution of Speaker of the House Nancy Pelosi, along with FBI agents, and several prominent Democrats including Barack Obama, Hillary Clinton, and Maxine Waters, according to a lengthy examination of her Facebook account by CNN's K-File.

"In one post, from January 2019, Greene liked a comment that said 'a bullet to the head would be quicker' to remove House Speaker Nancy Pelosi. In other posts, Greene liked comments about executing FBI agents who, in her eyes, were part of the 'deep state' working against Trump," CNN's Em Steck and Andrew Kaczynski report.

Greene is a freshman member of Congress who has shown support for the dangerous and debunked far right conspiracy theory known as QAnon. The New York Times calls Greene "an avowed QAnon supporter," and describes the cult as "a sprawling set of internet conspiracy theories that allege, falsely, that the world is run by a cabal of Satan-worshiping pedophiles who are plotting against Mr. Trump while operating a global child sex-trafficking ring."

QAnon cultists "also believe that, in addition to molesting children, members of this group kill and eat their [child] victims in order to extract a life-extending chemical from their blood."

Greene has also "suggested Pelosi could be executed for treason," CNN notes.

"She's a traitor to our country, she's guilty of treason," Greene said in a Facebook video. "She took an oath to protect American citizens and uphold our laws. And she gives aid and comfort to our enemies who illegally invade our land. That's what treason is. And by our law representatives and senators can be kicked out and no longer serve in our government. And it's, uh, it's a crime punishable by death is what treason is. Nancy Pelosi is guilty of treason."

CNN adds that Greene did not push back against a Facebook commenter who asked, "Now do we get to hang them ?? Meaning H & O ???" They were referring to President Barack Obama and former Secretary of State Hillary Clinton.

"Stage is being set," Greene responded. "Players are being put in place. We must be patient. This must be done perfectly or liberal judges would let them off."

In a separate video Greene said Speaker Pelosi will "suffer death or she'll be in prison" for "treason," and suggested Rep. Maxine Waters (D-CA) was "just as guilty of treason as Nancy Pelosi."

The word "treason" is used in the CNN report ten times.

Greene posted a strange response to CNN's report via Twitter,