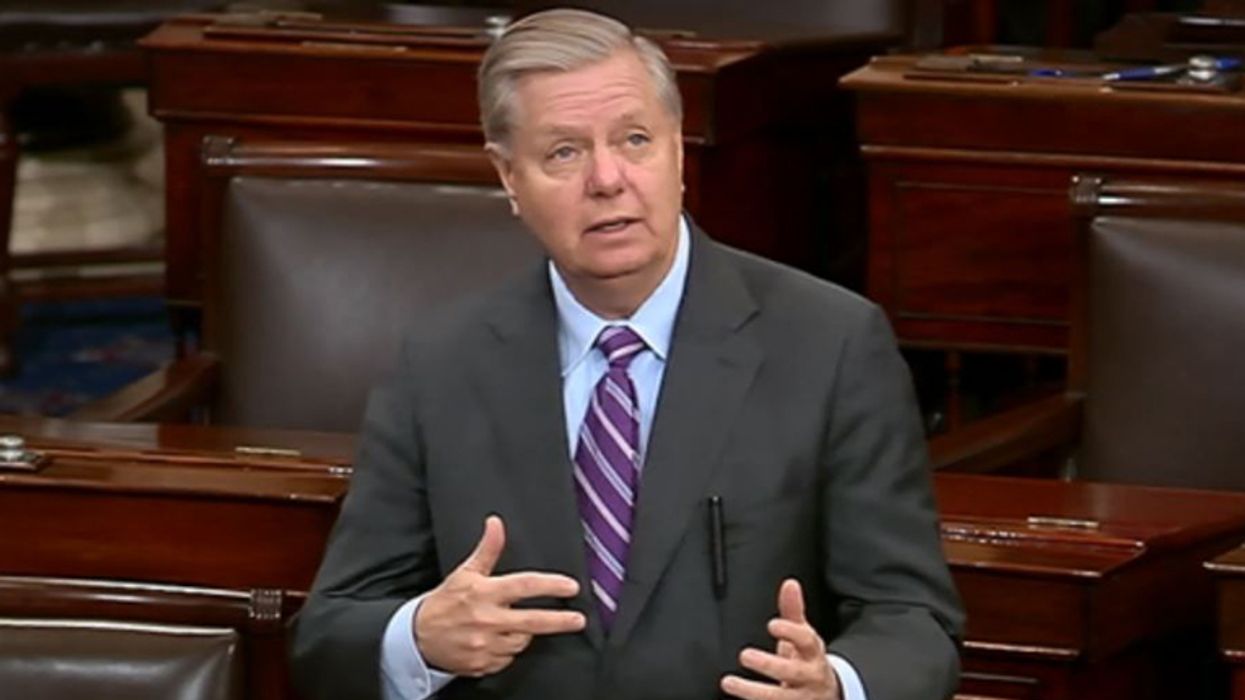 Legal and political experts are responding to U.S. Senator Lindsey Graham's Sunday letter to incoming Senate Majority Leader Chuck Schumer with disgust and anger. Graham, an unwavering and unyielding devotee of President Donald Trump, slammed Democrats and those who support convicting Trump in a Senate trial after the House's historic second impeachment of the outgoing president.

In his letter Graham argues against convicting Trump for incitement of insurrection in part because Vice President Mike Pence "stood in the breach of unconstitutional calls for him to overturn the 2020 election." Those unconstitutional calls came from President Trump. His insurrectionist supporters then went to the Capitol hunting for the vice president, chanting, "Hang Mike Pence!"

He also says convicting Trump would delay "the healing of this great nation." Experts call that argument false, and say that holding Trump to account is the only way for the nation to heal.

The response to Graham's letter was immediate, and on social media few held back their punches.

"We are witnessing the largest under-reaction to a violent insurrection led by a sitting president in the history of humankind, folks," said Condé Nast Legal Affairs Editor and Research Director Luke Zaleski. "It's cause the Republican Party/trump are experts at one thing: Denying the premise of reality and convincing people anti-government is government."

"No incitement is the new 'no collusion,'" Zaleski continued. "A goalpost being moved. Trump fomented a riot that served as a coup attempt. It was likely planned and it was definitely encouraged. It was for him. It was to stop his loss. It was organized and spontaneous and stochastic. It was violent."