Kevin McCarthy humiliates himself by crawling back to Trump 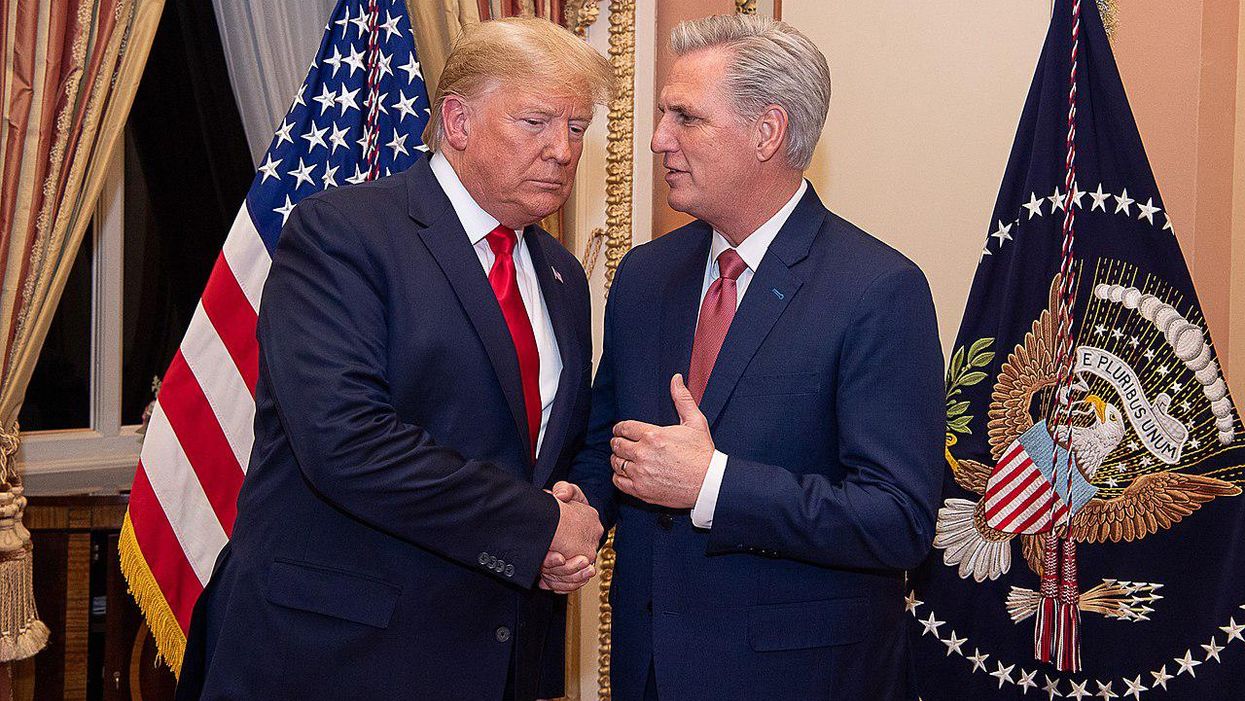 House Minority Leader Kevin McCarthy traveled to Mar-a-Lago on Thursday, clearly desperate to get back in the good graces of the ex-president he once sharply criticized.

Despite initially saying Donald Trump bore some responsibility for the Jan. 6 attack on the U.S. Capitol, McCarthy has backed down from that rhetoric, and the New York Times reported that the pair's meeting on Thursday was meant to ease the tension between them. Trump had reportedly been furious about McCarthy's harsh words.

"The meeting between President Donald J. Trump and House Republican Leader Kevin McCarthy at Mar-a-Lago in Palm Beach, Florida, was a very good and cordial one," the former president's political action committee said in a statement on Thursday. "They discussed many topics number one of which was taking back the House in 2022. President Trump's popularity has never been stronger than it is today, and his endorsement means more than perhaps any endorsement at any time."

This claim about Trump's popularity is highly dubious. He left office with his approval rating near its lowest point ever.

The statement continued: "President Trump has agreed to work with Leader McCarthy on helping the Republican Party become a majority in the House. They worked very well together in the last election and picked up at least 15 seats when most predicted it would be the opposite. They will do so again, and the work has already started."

Despite the statement's optimistic spin on Trump's electoral record, it didn't mention that Trump himself lost in 2020, oversaw a historic GOP loss of control of the House in the 2018 midterms, and failed to regain the House this cycle.

McCarthy issued a statement echoing similar themes about the former president working with the GOP to make gains in the 2022 midterms. He also bemoaned the fact that Democrats are "impeaching a President who is now a private citizen," even while he declined to call Trump the "former president."

Many noted that McCarthy's efforts to make nice with Trump were a stark contrast with his rhetoric shortly after the Capitol riot.

"The president bears responsibility for Wednesday's attack on Congress by mob rioters. He should have immediately denounced the mob when he saw what was unfolding," McCarthy said during the House impeachment proceedings. "These facts require immediate action by President Trump: accept his share of responsibility, quell the brewing unrest and ensure President-elect Biden is able to successfully begin his term."

Trump never took the "immediate action" McCarthy demanded. He has even never acknowledged Biden by name as the president or rightful winner of the 2020 election. But despite many predicting a "civil war" within the Republican Party over loyalty to Trump, the party's leadership seems to be deciding it will stick by its toppled leader.

It's not just McCarthy. As the Washington Post's Greg Sargent explained:

The New York Times reports that Senate Minority Leader Mitch McConnell (R-Ky.) is backing away from his effort to distance the GOP from Trump.
Why? Because McConnell's calculations are trapped between the recognition that if the party sticks with Trump, it will keep alienating "women and suburban voters," and the understanding that Trump brings "new voters into the Republican fold."
For now, the latter calculation is winning out for McConnell: With huge swaths of GOP voters still backing Trump as the party's leader, moving away from him is too risky.