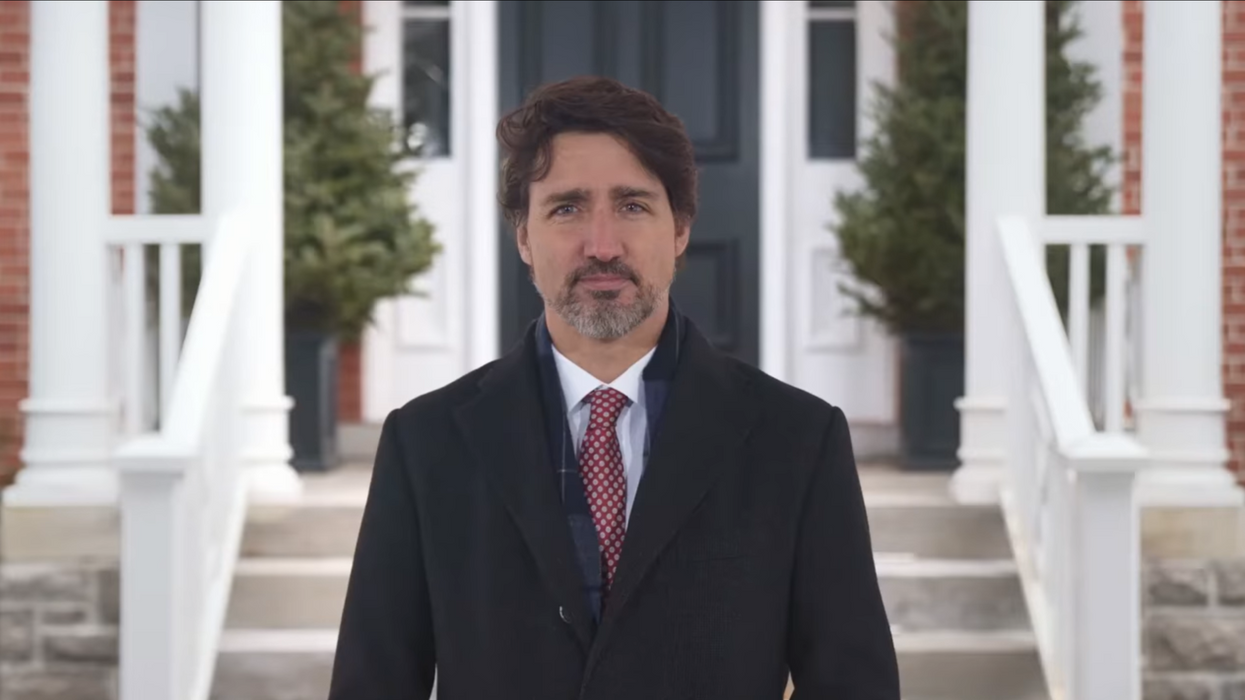 From Europe to Latin America to Australia, allies of the United States have been horrified by the headlines and images coming out of Washington, D.C. after far-right extremists violently stormed the U.S. Capitol Building on Wednesay in the hope of preventing Congress from ratifying President-elect Joe Biden's Electoral College victory. Prime Minister Justin Trudeau is speaking out as well, and during a speech, he didn't hesitate to slam President Donald Trump for inciting the violence.

"I'd like to begin by addressing what unfolded in Washington, D.C. this week," Trudeau said. "What we witnessed was an assault on democracy by violent rioters, incited by the current president and other politicians. As shocking, deeply disturbing and, frankly, saddening as that event remains, we've also seen this week that democracy is resilient in America — our closest ally and neighbor. Violence has no place in our societies, and extremists will not succeed in overruling the will of the people."

Canada's PM, commenting on the mob that swarmed the Capitol: “What we witnessed was an assault on democracy by viol… https://t.co/HsFtDKBa1E
— Josh Wingrove (@Josh Wingrove)1610127904.0

Three points, as an aside: 1) Trudeau has been under considerable criticism in Canada for a slow rollout of the va… https://t.co/AOJ9GNwikZ
— Josh Wingrove (@Josh Wingrove)1610128599.0

The Canadian prime minister went on to say that protecting democracy is an endless job in Canada just as it is in the United States.

"As Canadians," Trudeau stressed, "I think we've been all reflecting on our own country — something I spoke with the premiers about last night. About the fact that democracy is not automatic. It takes work every day. About what a real accomplishment it is to maintain a political system in which the losing side gracefully concedes and in which rival political parties between elections work together for the common good."

Trudeau continued, "We have this in Canada because Canadians make it possible. Canadians expect their political leaders to protect our precious democracy by how we conduct ourselves…. Canadian democracy didn't happen by accident, and it won't continue without work."