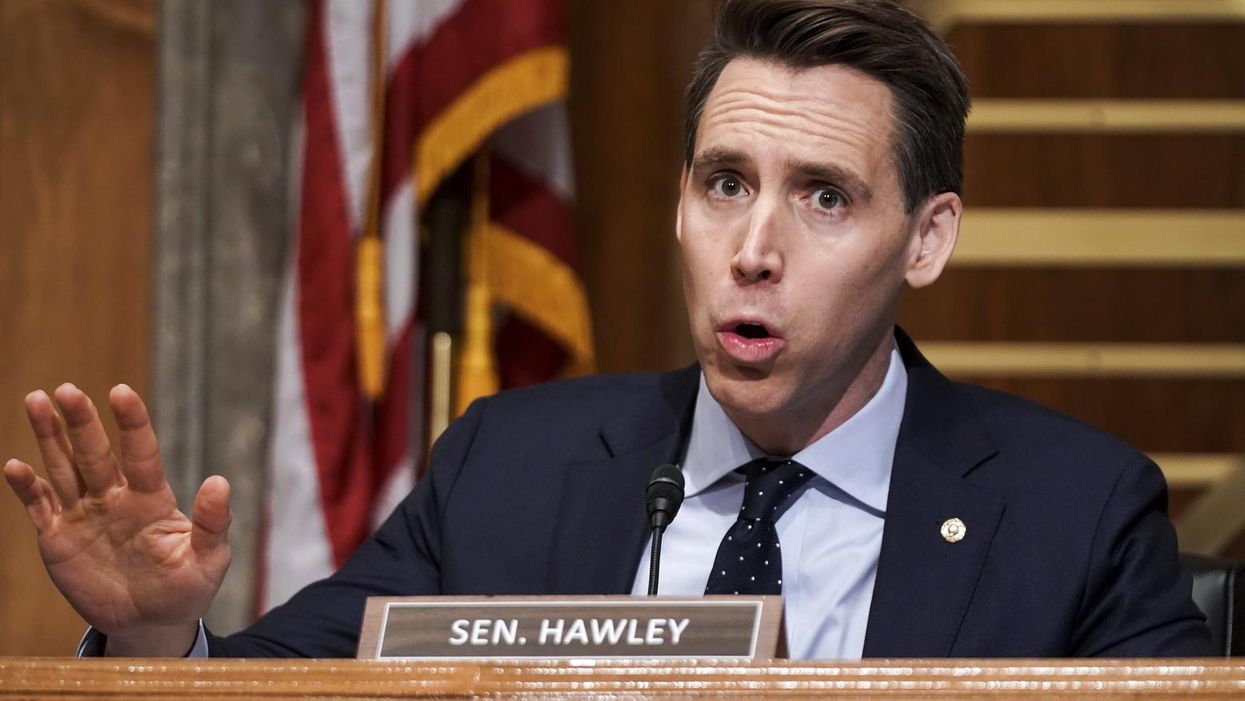 When it comes to right-wing media appearances, Sen. Josh Hawley of Missouri is used to softball interviews with far-right hosts who share his unwavering adoration of former President Donald Trump. But when the GOP senator was interviewed by Mark Reardon on St. Louis' KMOX this week, he got into a testy exchange with the conservative radio host.

Hawley has drawn a great deal of criticism for contesting the certification of Joe Biden's Electoral College victory during a joint session of Congress on January 6, and critics have slammed him for: (1) refusing to accept democratic election results, (2) promoting debunked conspiracy theories that widespread election fraud occurred in the 2020 presidential election, and (3) inciting the mob of violent far-right extremists who stormed the U.S. Capitol Building that day. Joe Scarborough, the Never Trump conservative and former GOP congressman who hosts "Morning Joe" on MSNBC, has repeatedly accused Hawley of promoting a terrorist insurrection and endangering the lives of other members of Congress.

Reardon was nowhere near as tough on Hawley as Scarborough would have been, but he asked the senator some hard questions he likely wasn't anticipating.

Hawley started out the interview by claiming that all he wanted to do was promote "election integrity." But Reardon pushed back, telling the senator, "Once the election was certified, senator, you more than anyone else — and this is what just personally disappoints me — you knew there was no constitutional path for that election to be overturned once the electors were certified. And there's a fair amount of people, including me, that feel that you led people to believe that that option still existed."

Making an awkward effort to defend his actions, Hawley responded, "I never said that my goal was to overturn the election. That was never the point."

Reardon, however, told Hawley, "There are some people that feel like you've led them down the path that would lead some Trump supporters, I guess, interpreting some of the things you were doing as the feeling that he was still going to be sworn into office."

Hawley grew defensive, saying, "Some people feel that I've led them down the path — that's just a lie. That is a lie told by the left-wing mob that now wants to silence me…. I'm not going to be silenced, Mark."

Here are some reactions to that interview:

You can listen to the interview here.