Watch: Sen. Hawley squirms as Fox News host grills him on the holes in his plan to overturn the election 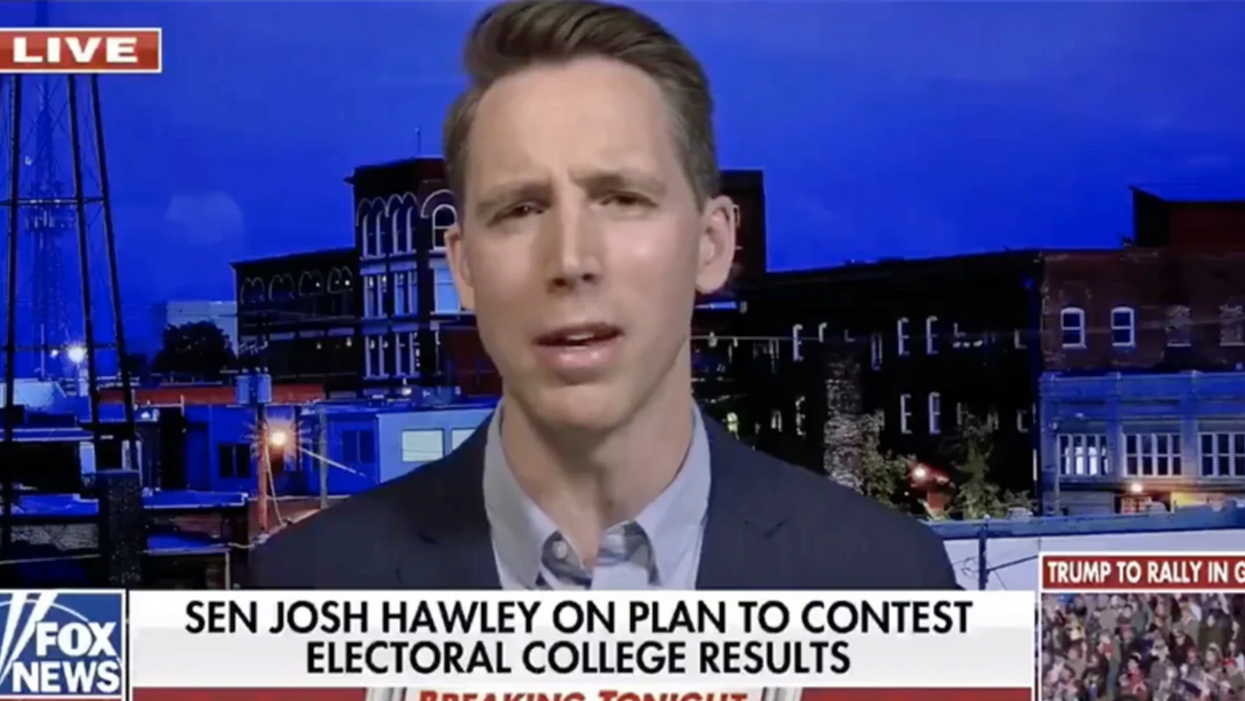 Sen. Josh Hawley (R-MO) attempted to defend his efforts to reject the outcome of the 2020 presidential election on Fox News on Monday night, but anchor Bret Baier keep interjecting facts into the conversation.

"I just want to pin you down on what you're trying to do," Baier said. "Are you trying to say, that as of January 20th, that President Trump will still be president."

"Well, that depends on what happens on Wednesday, this is why we have the debate," Hawley replied.