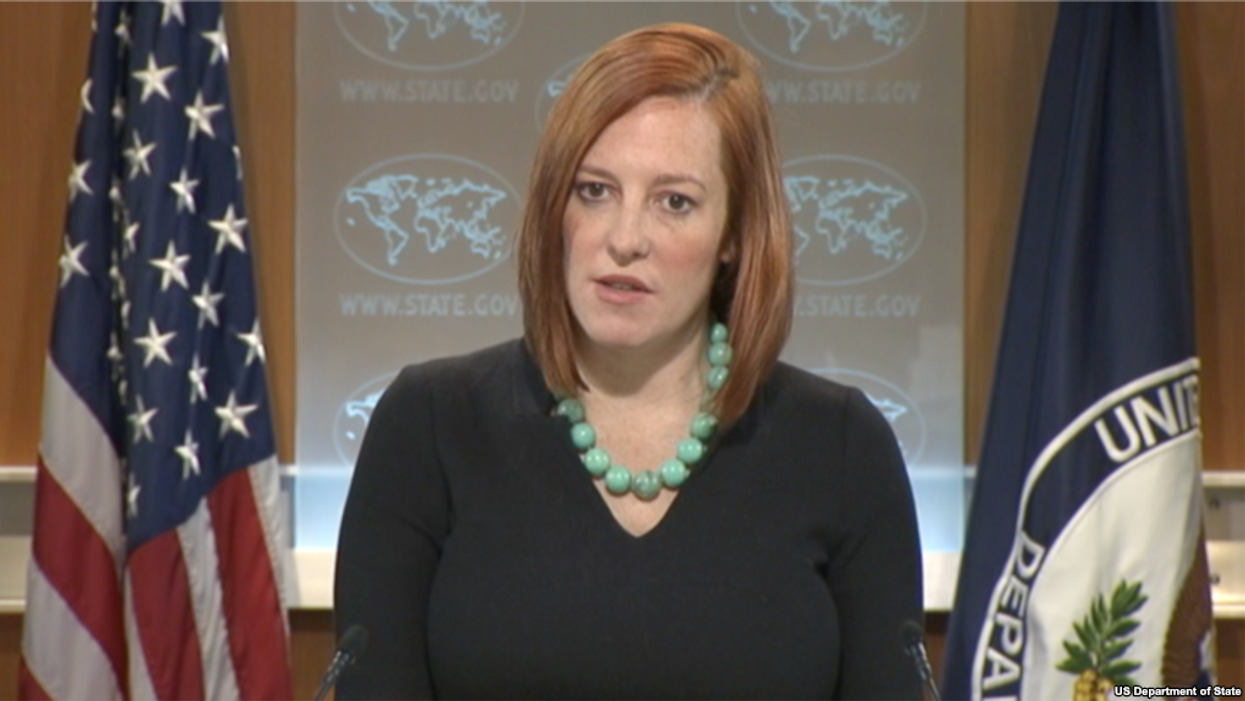 When Jen Psaki, the new White House press secretary under President Joe Biden, addressed reporters on Wednesday, she had a much different tone from those who held that position under former President Donald Trump. And a short video vividly illustrates the contrasts between Psaki and former White House Press Secretary Sean Spicer.

Trump's White House press secretaries were known for being hostile and combative with members of the media — first Spicer, then Sarah Huckabee Sanders, then Stephanie Grisham, and most recently, Kayleigh McEnany. The former president often described the press as "the enemy of the people," and all of them acted like they shared that point of view.

The Spicer/Psaki video compares clips of Spicer from 2017 with clips of Psaki addressing reporters after Biden had been sworn in as president. In the video, Spicer angrily barks, "Some members of the media were engaged in deliberately false reporting" — while a diplomatic Psaki (who served as a State Department spokesperson under President Barack Obama from 2013-2015) advises reporters, "There will be times when we see things differently in this room."

Spicer demands, "That's what you guys should be writing and covering," while Psaki notes the importance of "bringing truth and transparency back to the (White House) Briefing Room." And while Spicer ends a press conference by barking, with obvious hostility, "I will see you on Monday," Psaki has a much friendlier tone when she wraps up by telling reporters, "Let's do this again tomorrow."