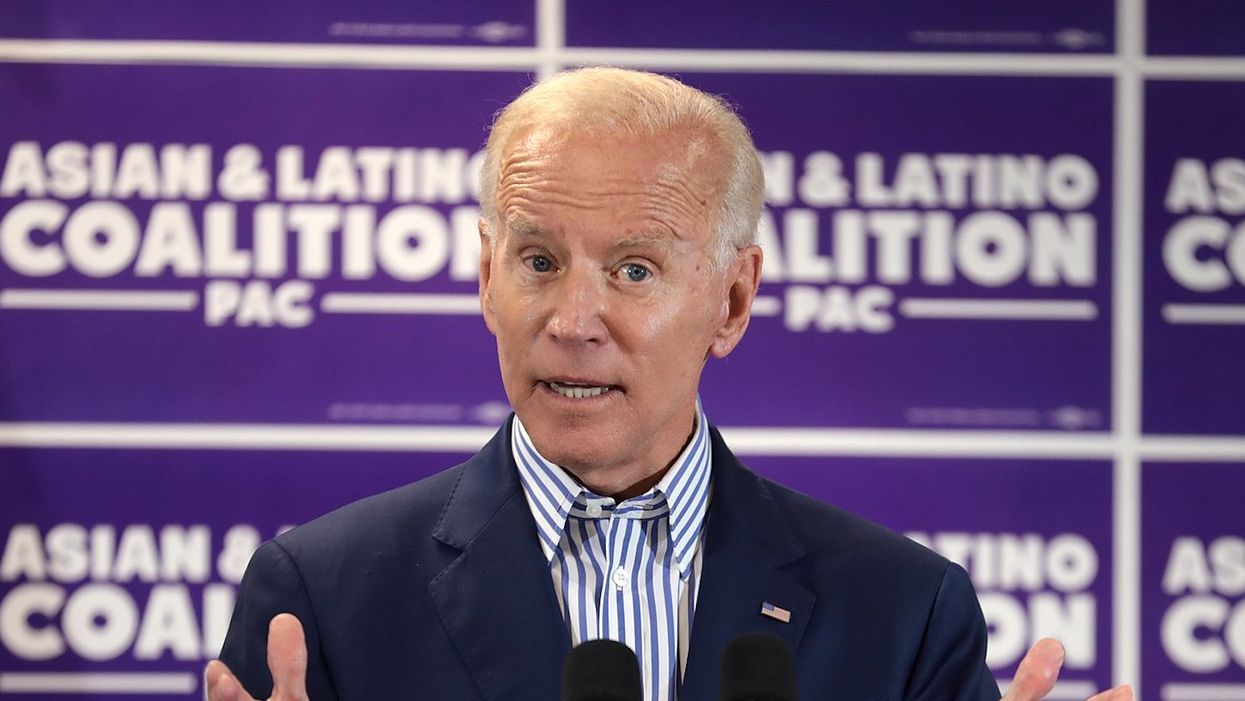 President-elect Joe Biden is reportedly planning on the day of his inauguration to rescind a federal permit allowing construction of the Keystone XL pipeline in the United States, a move environmentalists said would represent an immense victory for the planet attributable to years of tireless Indigenous-led opposition to the dirty-energy project.

CBC News reported Sunday that "the words 'Rescind Keystone XL pipeline permit' appear on a list of executive actions supposedly scheduled for Day One of Biden's presidency," which begins with his swearing-in on Wednesday. The withdrawal of the Keystone XL permit is among several environment-related actions Biden plans to take via executive order during his first day in office, a list that includes rejoining the Paris climate accord.

"A huge victory for Lakota and Indigenous front liners and Water Protectors. None of this would have been possible without their sacrifices," Nick Estes, a citizen of the Lower Brule Sioux Tribe and an assistant professor of American studies at the University of New Mexico, tweeted in response to Biden's reported plan for Keystone XL, a sprawling $8 billion tar sands project that the Trump administration repeatedly sought to advance amid legal challenges and widespread grassroots resistance.

Kendall Mackey, Keep It in the Ground campaign manager for 350.org, said in a statement late Sunday that preventing construction of the Keystone XL pipeline in the U.S. would be a "momentous sign" that Biden "is listening, taking action, and making good on his promises to people and the planet."

"This decision to halt the Keystone XL pipeline on day one in office sets a precedent that all permitting decisions must pass a climate test and respect Indigenous rights," said Mackey. "We expect the administration to make similar announcements on Dakota Access Pipeline and Line 3. We celebrate this great victory and the powerful movement to keep fossil fuels in the ground."

"By ensuring that Keystone XL is reversed," Mackey continued, "Biden is standing on the side of tribal nations, farmers, ranchers, and many communities whose livelihoods would be wrecked by this dirty pipeline."

News of Biden's Inauguration Day plan was met with howls of protest from right-wing Canadian politicians such as Alberta Premier Jason Kenney, who issued a statement Sunday threatening legal action if Biden follows through on yanking the permit for Keystone XL, owned by Canada-based company TC Energy. Last March, as Common Dreams reported, the government of Alberta committed around $1.1 billion USD to the pipeline project.

"I am deeply concerned by reports that the incoming administration of President-elect Joe Biden may repeal the presidential permit for the Keystone XL border crossing," Kenney tweeted, a response that was immediately panned by climate activists.

In a last-ditch effort to rescue its long-delayed Keystone XL project, TC Energy is reportedly "committing to spend $1.7 billion on solar, wind, and battery power to operate the partially completed 2,000-mile pipeline system between Alberta, in western Canada, and Texas," according to the Wall Street Journal.

The attempt to brand Keystone XL as an environmentally friendly and sustainable energy project was swiftly ridiculed, with one journalist accusing TC Energy of a "desperate" effort to put "lipstick on its pig."

Dallas Goldtooth, Keep It in the Ground campaign organizer for the Indigenous Environmental Network, said in response to Biden's plan to rescind the pipeline permit that "our communities have been fighting KXL for over a decade, tooth and nail, in the dirt and in the courts."

"We formed an immensely powerful, unlikely alliance of voices and we never gave up," said Goldtooth. "I will wait for the ink to dry before I fully celebrate, but shit this feels good."