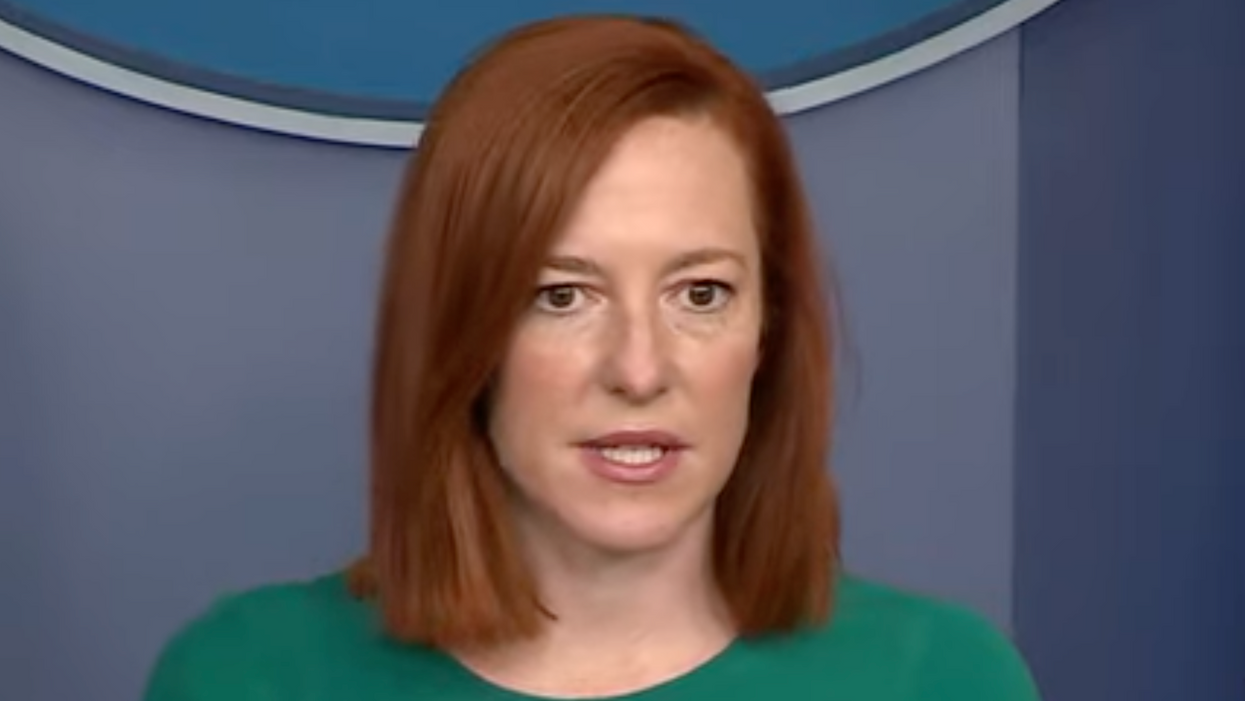 When Jen Psaki, the new White House press secretary under President Joe Biden, held a briefing on Monday, Fox News reporter Peter Doocy accused Biden of having a double standard when it comes to travel restrictions in response to the coronavirus pandemic. And Psaki quickly laid out the flaws in Doocy's argument.

Psaki told Doocy, "I don't think that's quite a fair articulation. The president has been clear that he felt the Muslim ban was xenophobic; he overturned the Muslim ban. He also, though, has supported…. travel restrictions in order to keep the American people safe, to ensure that we are keeping the pandemic under control. That's been part of his policy."

The White House press secretary added, "But he was critical of the former president for having a policy that was not more comprehensive than travel restrictions, and he conveyed at the time — and more recently — the importance of having a multi-faceted approach: mask-wearing, vaccine distribution, funding in order to get 100 million shots in the arms of Americans in the first 100 days. Not just travel restrictions."

Politifact has addressed Biden's use of the words "fear-mongering" and "xenophobic" in connection with Trump's travel policy last year. Despite the fact that it has become conventional wisdom in right-wing media that Biden attacked travels bans as xenophobic, the fact checker determined such claims are "mostly false." On Jan. 31, Biden said, "This is no time for Donald Trump's record of hysteria, xenophobia, hysterical xenophobia, and fear-mongering to lead the way instead of science." And on March 18, 2020, Biden tweeted:

According to Politifact, "Biden has not directly said that the restrictions were xenophobic. Around the time the Trump administration announced the travel restriction, Biden said that Trump had a 'record of hysteria, xenophobia and fear-mongering.' Biden used the phrase 'xenophobic' in reply to a Trump tweet about limiting entry to travelers from China and in which he described the coronavirus as the 'Chinese virus.'"