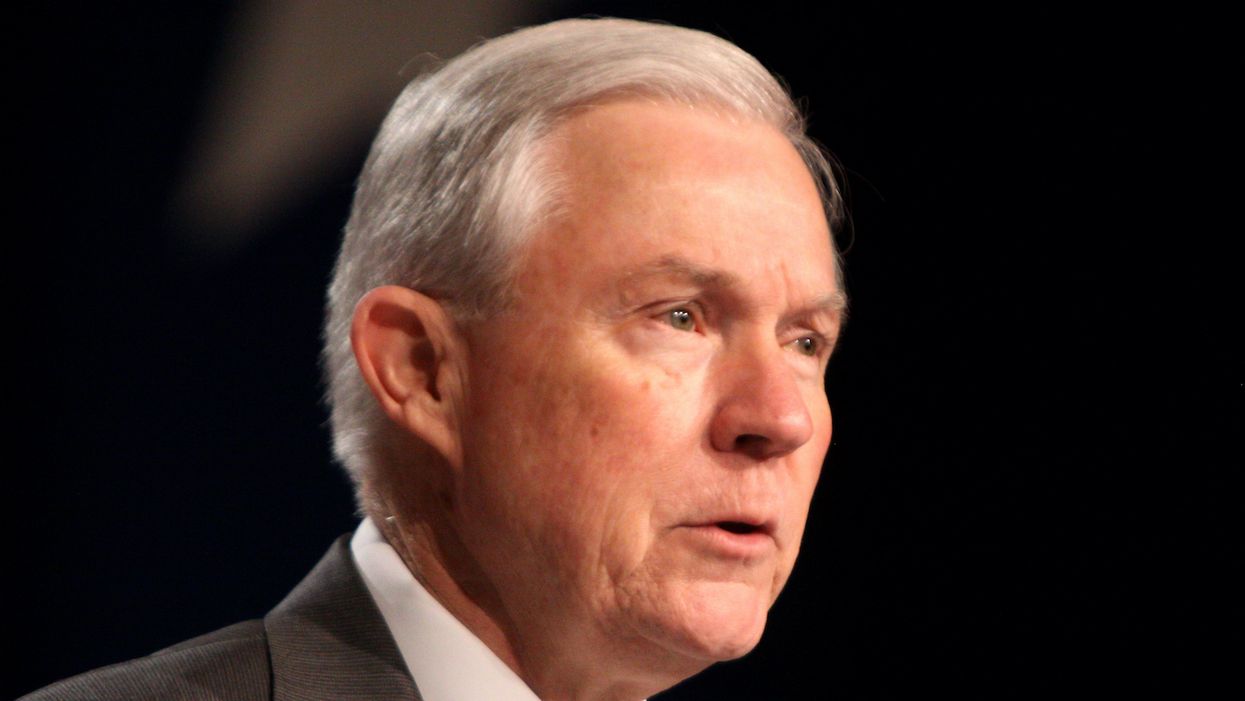 The Justice Department Office of Inspector General (DHS OIG) has released the final version of a draft report obtained by NBC News in October that points to top Department of Justice (DOJ) officials, including former Attorney General Jefferson Beauregard Sessions III and his deputy Rod Rosenstein, as "a driving force" in the Trump administration's decision to carry out the state-sanctioned kidnapping of thousands of children at the southern border.

The final report, which The New York Times reports is "largely the same as a draft," confirms Sessions, Rosenstein, and DOJ officials carried out the inhumane "zero tolerance" policy with no mercy. "Our review found that the Department's single-minded focus on increasing prosecutions came at the expense of careful and appropriate consideration of the impact that prosecution of family unit adults and family separations would have on children traveling with them and the government's ability to later reunite the children with their parents," DHS OIG said.

The final report confirms Sessions in particular as an evil, grinning participant in carrying out this human and children's rights atrocity. As detailed in the draft version, when U.S. attorneys expressed concern about the ages of children being taken from parents and that some parents were not being immediately reunited with their kids after being prosecuted and receiving time-served sentences, Sessions instead encouraged continued separations.

"The notes further recorded Sessions telling the U.S. Attorneys, 'we need to take away children; if care about kids, don't bring them in; won't give amnesty ; to people with kids' [strikethrough in original]," the watchdog report said. Seeking asylum—for those who care about pesky things called facts—is legal immigration, by the way.

But others were also eager to push full steam ahead. The report said that following former DHS Sec. Kirstjen Nielsen's issuance of the May 2018 memo authorizing family separation, border agents were told to use spreadsheets to track their kidnappings because there was no database in place. "One senior CBP official who participated in Zero Tolerance Policy planning meetings stated that key stakeholders had pressured DHS to implement the policy in early May 2018 before identified deficiencies in [the database] were resolved," the report said.

Oh, but some of these child-snatchers are now pointing fingers—when they're bothering to say anything at all. The inspector general said that Sessions refused numerous times to be interviewed and said the office had no power to force him to submit to an interview because he's a former official. Let's get the new Democratic Congress to look into that, shall we? Gene Hamilton, a current DOJ official, meanwhile said to blame Trump and Nielsen, claiming the decision to implement zero tolerance "would be between Secretary Nielsen and the President, and not the Department of Justice."

NBC News reports that following the release of the final watchdog report, Rosenstein issued a statement claiming regret. "Since leaving the department, I have often asked myself what we should have done differently, and no issue has dominated my thinking more than the zero tolerance immigration policy," he claimed. "It was a failed policy that never should have been proposed or implemented. I wish we all had done better."

There's no way that family separation could have been "done better" because it shouldn't have been done at all, and any chance for the administration to have shown regret has long passed. In just one example of how there's truly no remorse at all, the administration withheld additional contact information that could help reunite families that remain separated, disclosing it only last month after new attention was drawn to its inhumane policy.

"The Inspector General's investigation makes it clearer than ever: Jeff Sessions, Rod Rosenstein and the Trump administration willfully disregarded the lives of innocent children in their xenophobic crusade to criminalize migrant families," Oregon Sen. Ron Wyden said in a statement received by Daily Kos. "The trauma of thousands of migrant kids is on their hands. Everyone involved in this cruel and ill-conceived policy must be held accountable. I am committed to working with my colleagues and the incoming Biden administration to repair the damage at our southern border and restore humanity to our immigration policy."

House Oversight and Judiciary chairs also issued a statement following the report's release, saying: "[i]t is imperative that we rectify these grave injustices, including by facilitating the reunification of these families in the United States as soon as possible and protecting them from detention and deportation. It is the very least we can do." Groups like the American Civil Liberties Union that have been assisting in reunification efforts also reiterated that separated families must be put on a path to citizenship.

"This was one of the worst human rights atrocities in American history," America's Voice Executive Director Frank Sharry told The Washington Post. "The full power of the state, with the support of the president and the Cabinet, was deployed to rip thousands of kids from their parents to deter them from seeking safety and freedom as refugees in America."