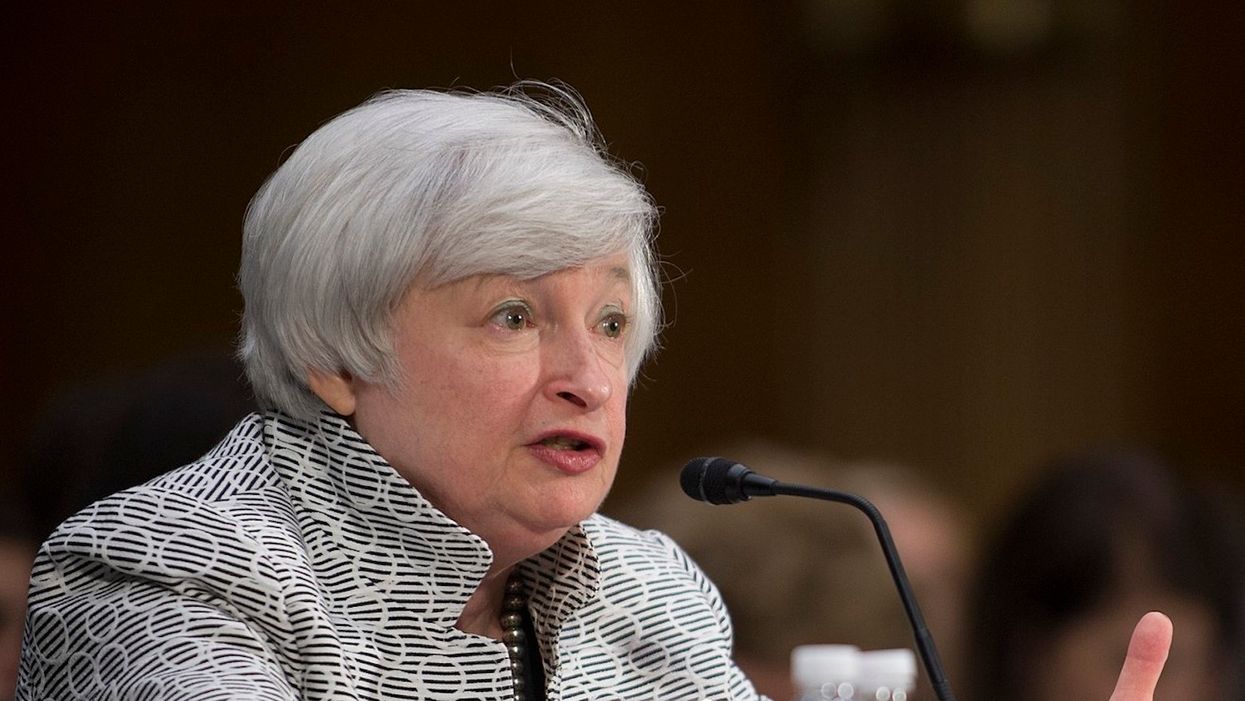 Antony Blinken and Janet Yellen—Obama administration alumni selected by President elect-Joe Biden to lead the State and Treasury departments, respectively—each made over $1 million dollars from corporate consulting and speaking fees over the past two years, according to financial disclosure forms made public on New Year's Eve.

Yellen, who chaired the Federal Reserve under former President Barack Obama, earned (pdf) over $7.2 million in speaking fees from Wall Street and major corporations. She disclosed payments from Bank of America, Barclays, Citadel, Citi, Credit Suisse, Goldman Sachs, Google, Magellan Financial Group, Salesforce, and UBS, among other entities including universities. More than $1 million came from nine Citi speeches and she got over $800,000 from Citadel, a hedge fund founded by a GOP donor.

Blinken, meanwhile, has been paid (pdf) nearly $1.2 million by WestExec Advisors and is owed another $250,000 to $500,000 from the consulting firm he founded with other former Obama administration officials. He revealed that his clients have ranged from the investment management firm Blackstone as well as Bank of America and the Royal Bank of Canada, to tech giants such as Facebook and Microsoft, to the pharmaceutical company Gilead. Other clients include AT&T, Boeing, Sotheby's, and Uber.

"A Biden transition official said they filed the forms 'mid-week' before the Office of Government Ethics posted the forms late Thursday, New Year's Eve," according to Politico, which reported on the disclosures early Friday. As Politico pointed out:

Avril Haines, Biden's pick for director of national intelligence, was a principal and consultant at WestExec. She also disclosed (pdf) $180,000 in consulting fees from Peter Thiel's controversial data-mining firm Palantir. The Intercept reported in June 2020 that as Haines was being eyed for possible leadership posts in the former vice president's administration, her consultant work for Palantir disappeared from her biography page at the Brookings Institute, where she was a nonresident senior fellow.

While Biden's selections of the trio were met with mixed reactions, the disclosures elevated concerns about potential conflicts and drew critiques from some progressives.

Politico noted that Yellen has said she will go to the Treasury Department's ethics lawyers to "seek written authorization to participate personally and substantially in any particular matter" involving a firm she received compensation from in the prior year.

The disclosure also provoked defenses of the ex-Fed chair.

Sen. Ron Wyden (D-Ore.), a top member on the committee that will evaluate Biden's pick for treasury secretary, told Reuters that "Secretary-designate Yellen is one of the world's top economic minds, and her perspective on economic matters has been widely sought after since she left the Federal Reserve."

A Biden transition spokesperson said in a statement to The Hill that Yellen has given speeches "after several decades in public service" to discuss "her experiences and her views on what we can do as a country to build a stronger economy and increase our competitiveness."

"Her experience and expertise are the reasons President-elect Biden wanted her on his team working for him and on behalf of the American people to help us build back better from this economic crisis," the spokesperson added. "It's clear that leaders in academia, business, and economics were seeking informed, thoughtful insight on the economy during a chaotic time for the country when there were few trusted voices in government."