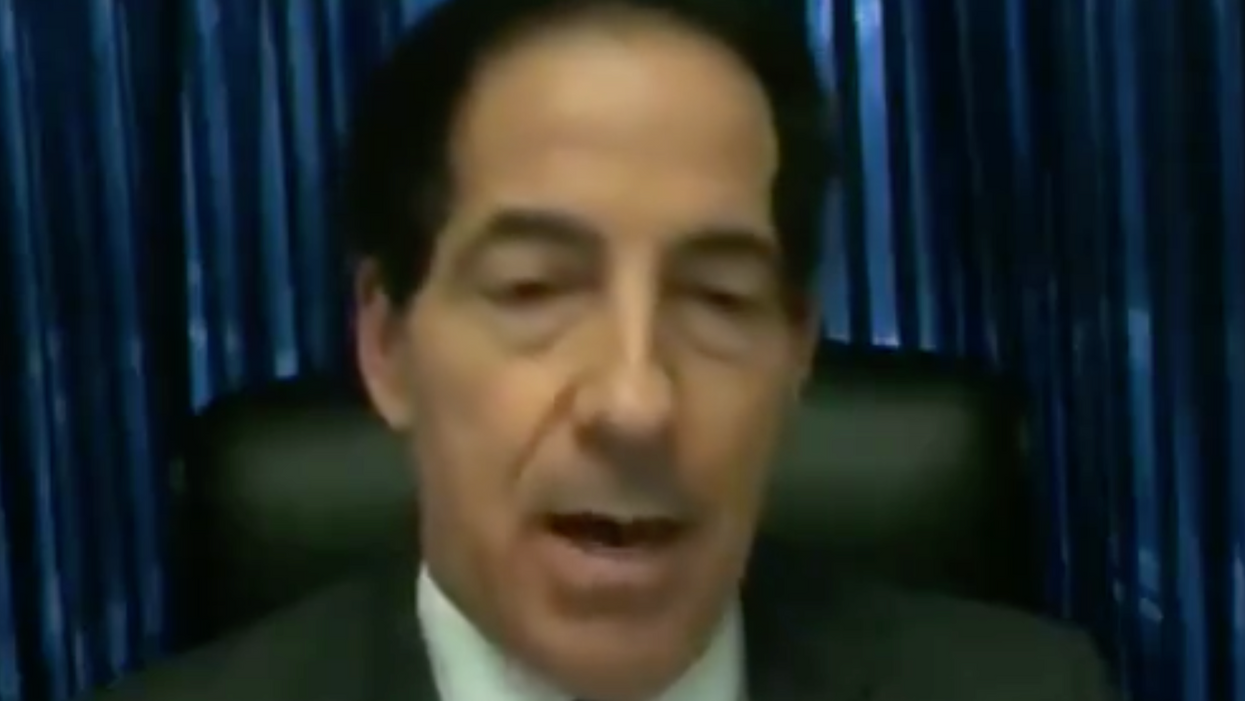 Even after the siege of the U.S. Capitol Building by violent extremists, Rep. Jim Jordan of Ohio views President Donald Trump as a victim of Democratic persecution. Rep. Jamie Raskin, the Maryland Democrat who is leading the impeachment charge against Trump, called Jordan out during a hearing on Tuesday — criticizing the far-right Republican for continuing to promote debunked claims of widespread voter fraud in the 2020 election.

Raskin, who returned to the House floor last week following the suicide of his 25-year-old son, Thomas Bloom Raskin, on New Year's Eve, explained: "We've begun to hear repetition of the very same lies and deceptions about the election that got us into this nightmare in the first place. The Department of Homeland Security described this as the most secure election in American history. There were 62 different lawsuits brought against the election, asserting fraud, corruption and so on — none of them found any fraud or corruption substantively."

The Maryland congressman went on to say, "Trump-appointed judges said that all of the assertions by the president were not grounded in fact or in law. And in case after case, you can see rejection and repudiation of all of the same things that we continue to hear said today — even after a mob of violent insurrectionists staged a gallows outside of the Congress and chanted, 'Hang Mike Pence.' Even after they tried to force (Vice President) Mike Pence to not do his job. Even after five people are dead, we continue to hear these lies and slurs about the 2020 presidential election."

Raskin’s son recently died by suicide. Wednesday was his first return to the House floor after burying him just the… https://t.co/DxkICqieOB
— Benjy Sarlin (@Benjy Sarlin)1610473962.0

According to Raskin, "When (Jordan) says that the only rejections of their lawsuits were procedural, he is flat-out wrong."

Raskin added, "Mr. Jordan takes us to task for railing against the lawless behavior of the president since he came into office. And I suppose I feel an analogous disappointment that he will go the ends of the Earth to defend the lawless misconduct of this president. Is there anything the president could do that would cause Mr. Jordan not to defend him?"

If a new article of impeachment against Trump is passed by the House of Representatives and sent to the U.S. Senate for consideration, it will be the first time in U.S. history that a president has been impeached twice. Raskin, House Speaker Nancy Pelosi and other Democrats are trying to pressure members of Trump's cabinet to remove the president from office via the U.S. Constitution's 25th Amendment, but plan to proceed with impeachment if cabinet members resist doing that.