'Justice was not served': No charges against Kenosha cop who shot and paralyzed Jacob Blake 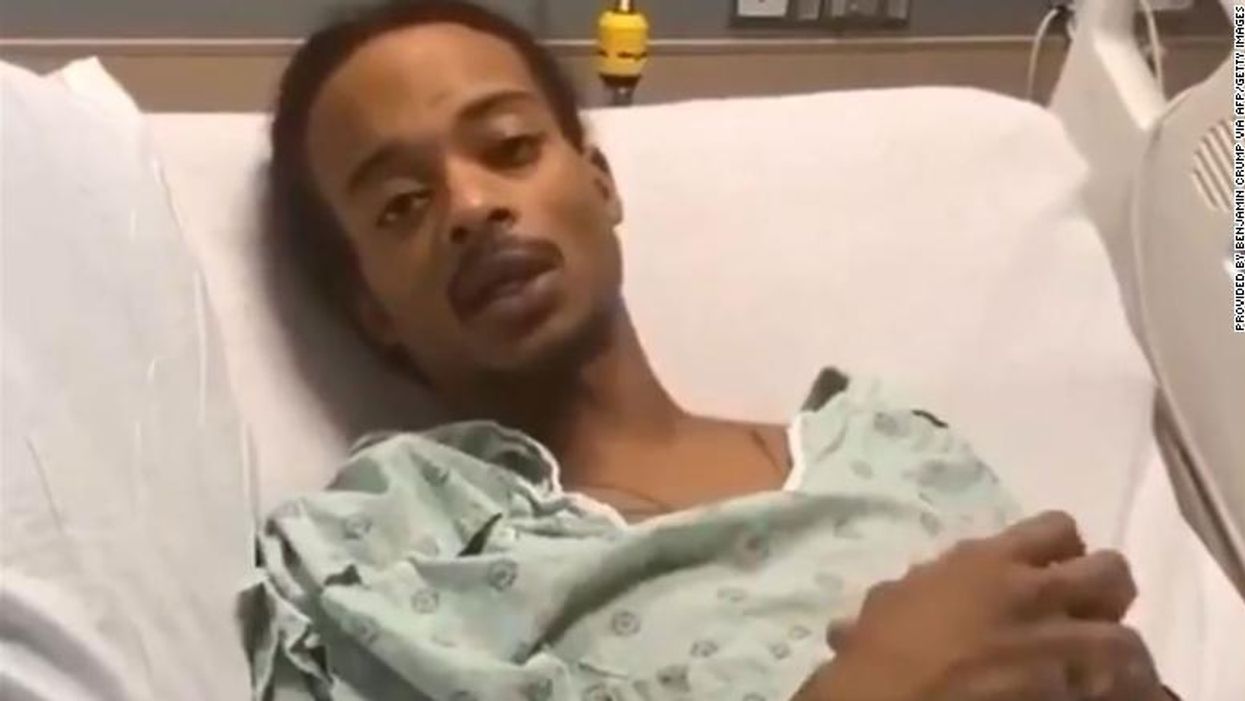 A Wisconsin district attorney announced Tuesday that he will not file criminal charges against a white Kenosha officer, Rusten Sheskey, who on August 23 shot Jacob Blake in the back several times at point-blank range near a vehicle containing his children, paralyzing the Black 29-year-old and sparking deadly protests against police violence.

"This was a tragedy first and foremost for Jacob Blake, who still suffers from grievous injuries," said Kenosha County District Attorney Michael Graveley during a Tuesday press conference while also revealing that "no Kenosha law enforcement officer in this case will be charged with any criminal offense based on the facts and the laws."

The decision drew condemnation from civil rights defenders and advocates of police reform who have long criticized U.S. law enforcement's treatment of people of color.

JACOB BLAKE ANNOUNCEMENT: Prosecutors will hold a news conference to discuss the decision on whether to press charg… https://t.co/rWrrEzeDzr
— NowThis (@NowThis)1609881030.0

Ben Crump—a nationally renowned civil rights attorney retained by the family of Jacob Blake and others injured or killed by police—along with co-counsels Patrick A. Salvi II and B'Ivory LaMarr said in a joint statement that they were "immensely disappointed" in Graveley's decision "not to charge the officers involved in this horrific shooting."

"We feel this decision failed not only Jacob and his family, but the community that protested and demanded justice," the lawyers said. "Officer Sheskey's actions sparked outrage and advocacy throughout the country, but the district attorney's decision not to charge the officer who shot Jacob in the back multiple times, leaving him paralyzed, further destroys trust in our justice system."

"This sends the wrong message to police officers throughout the country. It says it is OK for police to abuse their power and recklessly shoot their weapon, destroying the life of someone who was trying to protect his children," they added. "It is now our duty to broaden the fight for justice on behalf of Jacob and the countless other Black men and women who are victims of racial injustice and police brutality in this country."

The lawyers vowed that they "will continue to press forward with a civil lawsuit and fight for systemic change in policing and transparency at all levels," and urged people across the country to "continue to raise their voices and demand change in peaceful and positive ways during this emotional time."

Today's news will surely disappoint many in Kenosha. As @AdamLMahoney and I detailed in the summer, the shooting of… https://t.co/4DI6qKxIKR
— Carlos Ballesteros (@Carlos Ballesteros)1609881769.0

Chris Ott, executive director of the ACLU of Wisconsin, similarly expressed disappointment that the district attorney decided against "holding police accountable for another example of their repeated use of excessive force against people of color."

"This continues the cycle of enabling police violence and evading accountability when they seriously injure and harm a Black person," Ott said in a statement. "Based on the video footage of the incident, it remains hard to see any reason to shoot Mr. Blake in the back repeatedly. But, as we've seen so many times before, the police in this case were held to a different standard of responsibility than the rest of us."

"Kenosha has given another terrible example in a national pattern of police using excessive force against people of color during routine encounters, escalating situations instead of defusing them and then being given a pass," he said. "This officer will continue with his career with the mistaken belief that he has done no wrong, while Jacob Blake will remain paralyzed and left to deal with the consequences of this officer's actions. Today, justice was not served."

Denouncing Graveley's decision as "foul and shameful," NAACP president and CEO Derrick Johnson said, "It is yet another stark reminder of the free-willing atrocities committed against Black people at the hands of those entrusted to maintain public safety."

The district attorney explained Tuesday that he "would have to disprove the clear expression of these officers that they had to fire a weapon to defend themselves," and he did not believe the state would be able to do so.

According to the Associated Press:

Sheskey fired seven times, hitting Blake in the back four times and in the side three times, leaving him paralyzed from the waist down. Graveley said the shots in the side show [Blake] had twisted toward the officer.

Graveley showed reporters an enlarged photo of what he said was Blake's knife, adding that Blake acknowledged to investigators he had it. The district attorney walked reporters through how he would have prosecuted the case, saying jurors would have had to put themselves in Sheskey's position and that the officer's self-defense claims would have held up given the circumstances of the case.

[...] The officers were not equipped with body cameras.

Carl Takei, senior staff attorney with the ACLU's Trone Center for Justice and Equality said, "This decision—and the prosecutor's reliance on tropes of superhuman Black men to justify police fears—should not come as a surprise to anyone who has been paying attention to police's role in Black communities since they began as slave patrols."

"All of this emphasizes how the criminal legal system, from police to prosecutors, have functioned to oppress and harm Black people," Takei added. "While accountability for the officer might have led to some semblance of justice, real justice would have been Jacob Blake never being shot in the first place."

Ahead of the announcement, the AP noted, Kenosha's Common Council "on Monday night unanimously approved an emergency resolution giving the mayor the power to impose curfews, among other things, and Gov. Tony Evers activated 500 National Guard troops to assist."

Johnson of the NAACP declared that "at this moment, the work of the American people is clear: we must continue to fight, organize, and mobilize against police brutality. Far too many Black lives have been damaged or lost due to the egregious malpractice of police officers, elected officials, and the justice system as a whole. While the visions of Jacob Blake, Ahmaud Arbery, George Floyd, Breonna Taylor, and countless others play over and over in our minds, we must not grow weary until we've achieved police liability and substantive change is realized."

Outrage over Blake's shooting led to protests this summer as part of a national wave of racial justice demonstrations that began after Minneapolis police killed George Floyd, an unarmed Black man, in May.

During Kenosha's summer protests, Kyle Rittenhouse, a white teenager from Illinois, allegedly shot and killed two protesters and wounded a third. Rittenhouse, who turned 18 after the incident, pleaded not guilty to all charges at a Tuesday hearing.

"This is sickening. No charges for the cop who shot Jacob Blake seven times, and meanwhile Kyle Rittenhouse is out on bail," Leah Greenberg, co-executive director of the advocacy group Indivisible, tweeted Tuesday. "There is no justice. The system is rotten to the core."

Scott Roberts, senior director of criminal justice campaigns at Color of Change, said Tuesday that "in the absence of justice today, Kenosha deserves a full accounting of the clear misconduct in this case and an commitment to protect Black communities from this form of violence that has been allowed to run rampant in our country."

"America's policing problem has always been a threat to public safety, but the issue is spiraling in Kenosha," Roberts said. "The crisis in Kenosha reveals the ugly, racist double-standard of American policing where an armed white gunman can be detained peacefully while an unarmed Black man gets seven bullets in his spine."

Roberts reiterated his organization's call for the removal of Sheskey and Kenosha Police Chief Daniel Miskinis as well as a U.S. Justice Department probe of the city police department's policies, in addition to its investigation into this case.

He also urged President-elect Joe Biden to "upend our policing system and reimagine public safety in a way that protects and affirms Black lives," emphasizing that "as local officials continue to allow police violence to go unchecked, we desperately need the president-elect to follow through on his commitments to police accountability by using the full force of the federal government to investigate individual police shootings, police departments as a whole, and the prosecutors who give them cover."

This post has been updated to reflect additions to the Associated Press report.