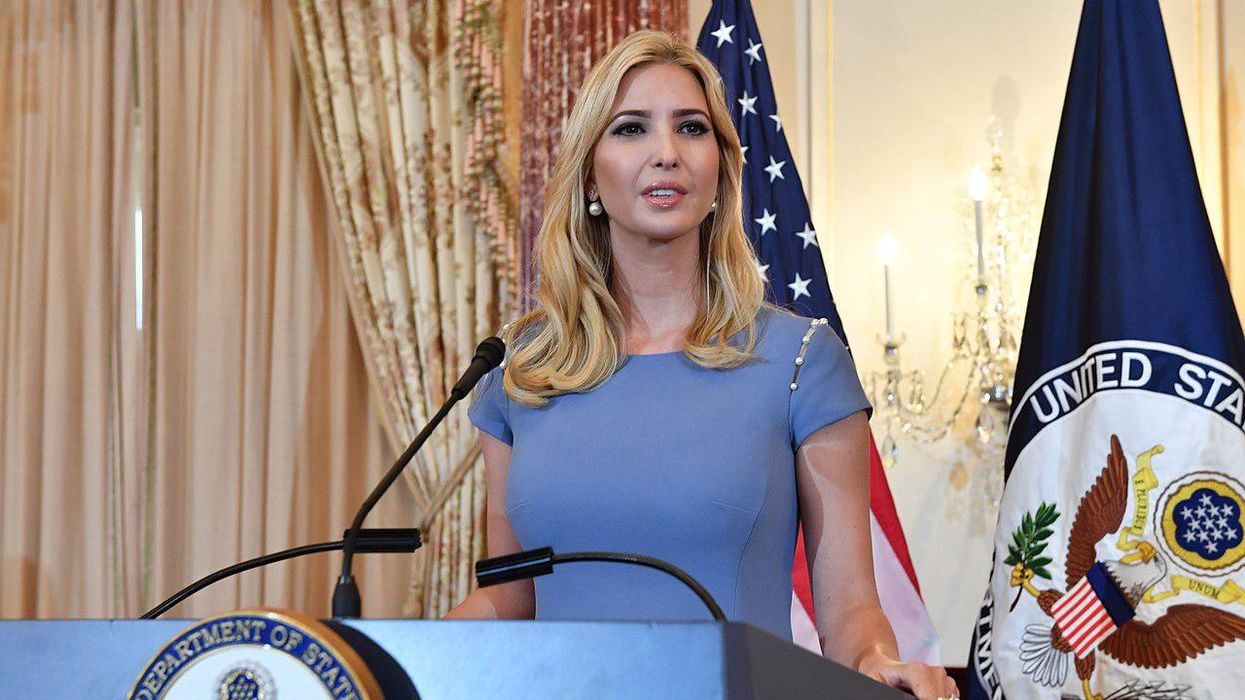 Ivanka Trump at the unveiling of the 2017 Trafficking in Persons Report launch ceremony at the U.S. Department of State in Washington, D.C., on June 27, 2017, U.S. State Dept.
Alex Henderson
January 14, 2021

Most relatives of U.S. presidents would have no problem making it easy for U.S. Secret Service agents to have easy access to bathrooms, which is a small price to pay for being protected from terrorists, political extremists or kidnappers. But Ivanka Trump and Jared Kushner, according to the Washington Post, have made things as difficult as possible for Secret Service agents when it comes to bathrooms they can use.

Many U.S. Secret Service agents have stood guard in Washington's elite Kalorama neighborhood, home over the years to cabinet secretaries and former presidents. Those agents have had to worry about death threats, secure perimeters and suspicious strangers. But with the arrival of Ivanka Trump and Jared Kushner, they had a new worry: finding a toilet.

"Instructed not to use any of the half-dozen bathrooms inside the couple's house, the Secret Service detail assigned to President Trump's daughter and son-in-law spent months searching for a reliable restroom to use on the job, according to neighbors and law enforcement officials. After resorting to a porta-potty, as well as bathrooms at the nearby home of former President Barack Obama and the not-so-nearby residence of Vice President (Mike) Pence, the agents finally found a toilet to call their own.

According to the report, the U.S. federal government has, since September 2017, been spending $3,000 per month to "rent a basement studio with a bathroom from a neighbor of the Kushner family."

A White House spokesperson, the reporters note, "denied" that Trump and Kushner wouldn't let Secret Service agents enter their home. But according to a law enforcement official the Post interviewed, the agents were kept out of the home at Trump and Kushner's request.

"Arrangements that allow for some distance between Secret Service agents and those they guard are not unusual, particularly when the agency's 'means, methods or resources' involve indoor plumbing," Jamison, Leonnig and Schwartzman explain. "The people who qualify for such protection often occupy expensive, sprawling properties where a detail can use a garage, pool house or other outbuilding as a command post, break room and bathroom. The episode in Kalorama is unusual because of the lengths to which the agents' exile took them."

A law enforcement official told the Post, "It's the first time I ever heard of a Secret Service detail having to go to these extremes to find a bathroom."