Trump faces calls for his immediate impeachment as his supporters launch insurrection on the U.S. Capitol 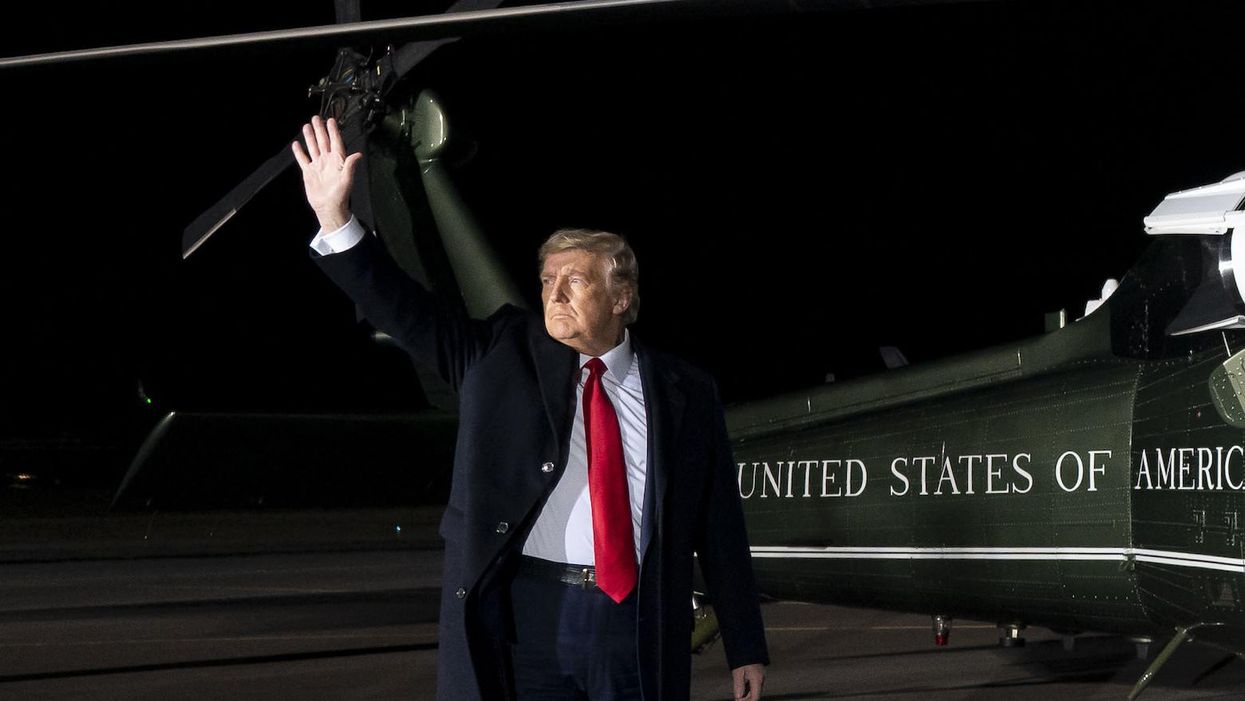 President Donald J. Trump waves as he prepares to board Marine One at Dalton Municipal Airport in Dalton, Ga., Tuesday, Jan. 4, 2021, after addressing a rally at the airport. (Official White House Photo by Tia Dufour)
Alex Henderson
January 06, 2021

Violence erupted in the U.S. capitol on Wednesday afternoon as far-right pro-Trump demonstrators — furious because Congress was meeting to certify President-elect Joe Biden's Electoral College victory — clashed with police and stormed the Capitol Building. And Trump critics are saying that the president should be impeached for inciting violence.

He had encouraged the mobs to come to Washington D.C., and he continued to attack the electoral process after his supporters breached the Capitol's defenses. At the president's rally, his ally Rudy Giuliani called for "trial by combat." Later, Trump sent a few tweets urging them to "Stay peaceful!" but he didn't tell them to stand down or leave the federal buildings they had illegally infiltrated.

A shooting was reported, and a woman was carried away from the Capitol Building on a stretcher. Here's what Trump critics have had to say on Twitter:

I am drawing up Articles of Impeachment. Donald J. Trump should be impeached by the House of Representatives & re… https://t.co/wRoRDopWYL
— Ilhan Omar (@Ilhan Omar)1609969088.0

This is outrageous, and the president caused it. We should impeach and convict him tomorrow.
— David Cicilline (@David Cicilline)1609964802.0

Impeach him ASAP or see if Pence and enough Cabinet members will invoke the 25th Amendment. Keeping him in office f… https://t.co/AXMk3gAwSC
— Gary Legum (@Gary Legum)1609964831.0

The House should impeach the President and the Senate should remove him as soon as order is restored.
— Elie Honig (@Elie Honig)1609962767.0

@eliehonig And every GOP Senator and House Rep who supported this should be removed from their seat. Period. Enough… https://t.co/9C2Tqku8kT
— Anna Levata (@Anna Levata)1609965425.0

@eliehonig He needs to be removed today. Leaving him in office for 14 more days will lead to more violence than rem… https://t.co/NOOW1TuNkf
— Richard Nault (@Richard Nault)1609963133.0

@eliehonig That should happen as soon as possible, but IIRC Congress CANNOT conduct ANY business until the Electora… https://t.co/kdPGhYeVa7
— Mark Ramos (@Mark Ramos)1609962973.0