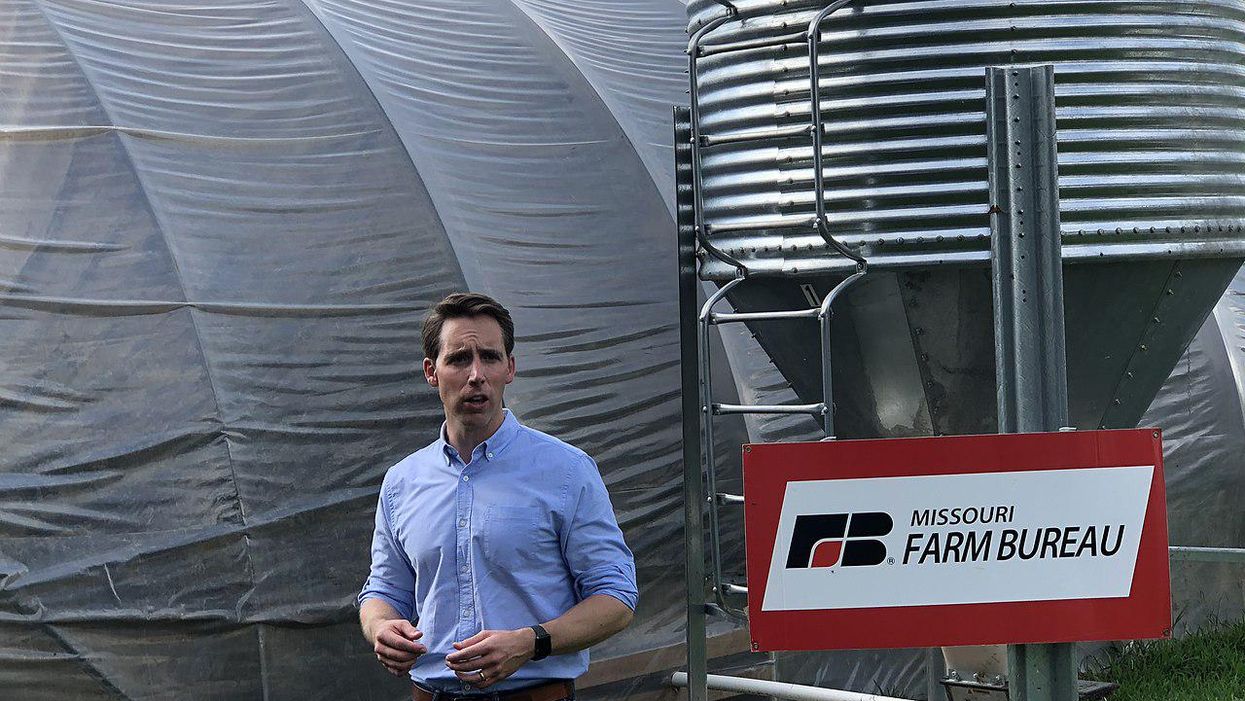 Missouri Sen. Josh Hawley always wanted national attention, and he's certainly been in the spotlight over the last two weeks. However, being the poster boy for supporting a deadly insurgency in which violent white nationalists attempted to overthrow the government of the United States is probably not what he was looking for. Probably. Because in a far-too-large segment of the Republican Party, cheering on extremists out to kill members of Congress is a good thing.

Rather than resign, as pundits, billboards, and newspapers across Missouri (and the nation) have been demanding, Hawley has been trying to take advantage of this moment in the way that's typical of a Republican caught doing something utterly vile. He's fundraising. In addition to sending out email solicitations on the same day his white nationalist pals stormed the Capitol, Hawley lined up a winter getaway to Florida. There ,Republican snowbirds could kick back for what Hawley described as a "family friendly" bit of fascism, all for the low, low price of $5,000 for his unlimited PAC.

But it looks like Hawley is going to have to reschedule, or at least relocate. Because the announced site of this shindig has taken Senator Sedition to the shed.

The intended site of Hawley's gathering was the Orlando Loews Portofino Bay Hotel. 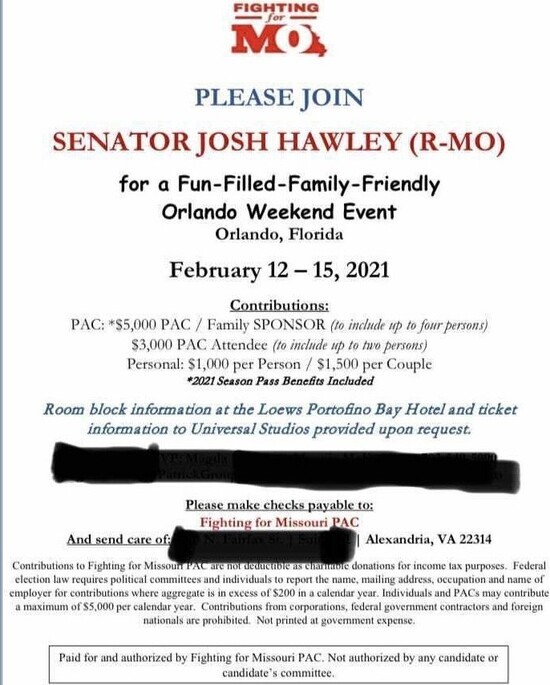 But when several people sent word to Loews, making it clear exactly what this gathering was about, the hotel chain had an immediate response.

"Horrified and opposed to" is exactly the attitude everyone should have about Josh Hawley.