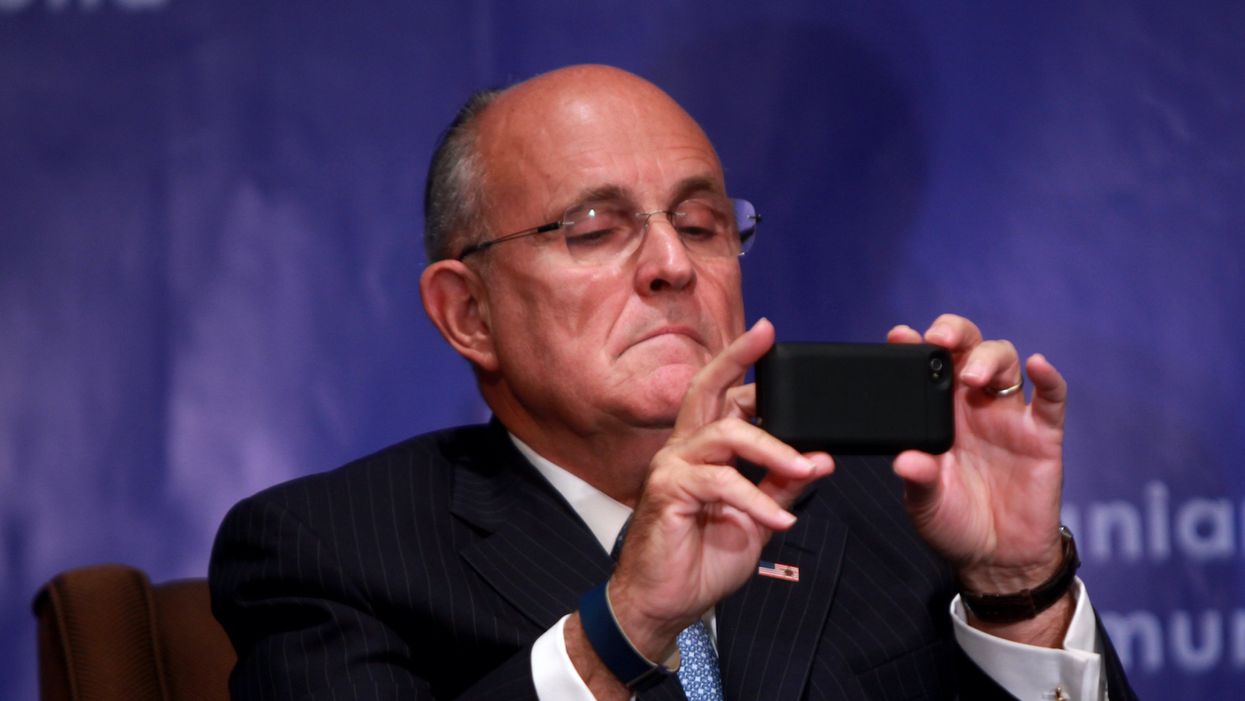 Citing more than 50 statements Rudy Giuliani has made in his campaign to overturn the 2020 presidential election, voting machines maker Dominion has announced it is suing former President Donald Trump's personal attorney in a massive $1.3 billion defamation lawsuit.

Giuliani spent more than a month "carrying out 'a viral disinformation campaign about Dominion' made up of 'demonstrably false' allegations, in part to enrich himself through legal fees and his podcast," the 107 page lawsuit claims, according to The New York Times.

He reportedly continued to make the false claims even after Dominion sent him a legal notice warning him to stop.

The lawsuit also targets Giuliani as one of the people who helped incite the January 6 insurrection.

"Having been deceived by Giuliani and his allies into thinking that they were not criminals — but patriots 'Defend[ing] the Republic' from Dominion and its co-conspirators — they then bragged about their involvement in the crime on social media," the suit states.

A former federal prosecutor himself, Giuliani had to have known the danger he was in. He chose to work with Sidney Powell, a pro-Trump attorney who spun falsehoods and conspiracy theories so wild at one point even Trump agreed to have her kicked off the team. She too is facing a $1.3 billion defamation lawsuit from Dominion.