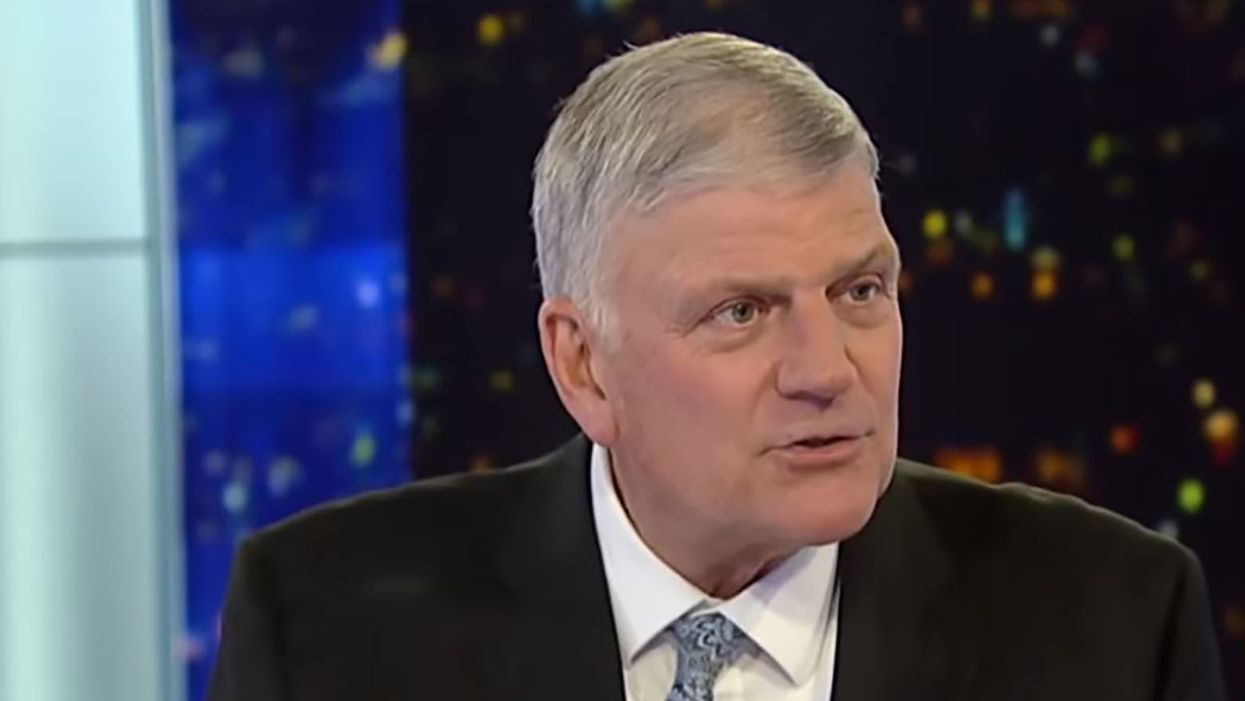 "Shame, shame on the ten Republicans who joined with @SpeakerPelosi & the House Democrats in impeaching President Trump yesterday," Graham said on Twitter. "After all that he has done for our country, you would turn your back & betray him so quickly? What was done yesterday only further divides our nation."

Graham also suggested they were paid off to vote against Trump, a dangerous allegation especially just one week after MAGA domestic terrorists and insurgents committed murder and sedition.

"House Democrats impeached him because they hate him and want to do as much damage as they can," Graham also charged on Facebook. "And these ten, from his own party, joined in the feeding frenzy. It makes you wonder what the thirty pieces of silver were that Speaker Pelosi promised for this betrayal."

Pushback was strong, and some of it coming from those who clearly identify as Christian.

Some also noted that these Republican lawmakers are now getting death threats, and Graham targeting them on social media is akin to Trump's incitement of violence itself. Graham is one of the most followed and well-known religious leaders in the country. He has 2.3 million followers on Twitter, and 9.5 million on Facebook, where he also shared his dangerous condemnation.

In case anyone wants to know what bad theology looks like, here it is. Comparing those who voted to impeach the president to Judas Iscariot would then make President Trump to be Jesus Christ in this scenario. Is that right @Franklin_Graham? pic.twitter.com/oinKrvkoNS
— Bishop Jack Lumanog (@BishopLumanog) January 14, 2021

If you've shown more outrage over the 10 Republicans who voted in favor of impeachment (despite death threats) than the insurrection at the Capitol last week, you might want to sit this one out. https://t.co/LK1XK3Rpxz
— Brandon Helderop (@B_Helderop) January 14, 2021

.@Franklin_Graham proving once again he is an Evangelist in name only. Apparently willing to overlook Trump's coup while Graham himself adds more fuel to the fire. These people are getting death threats! https://t.co/qAuhjkymLE
— I'm not sarcastic when I'm asleep. (@BarbaraDarlin) January 14, 2021

Shame on @Franklin_Graham glorifying a man who incited violence that resulted in the death of 5 people. You are contributing to the creation of a group of radicalized, extremist Christians that are clearly as dangerous as the people you criticize as “radical Muslims." https://t.co/kmL9coZ1yX
— Dr. Jennifer Ferguson (@Jennife50987029) January 15, 2021

The wanted to execute Mike Pence Wednesday for literally doing his Constitutional duty. After four years of faithfully following Trump, they betrayed him. Where was your conviction and outrage then? https://t.co/8wcYbuJSwy
— Jake Logsdon ♊ (@JakeTLogsdon33) January 14, 2021

Thank God for the 10 moral strong Republicans who know that inciting deadly violence in order to sabotage our free & fair elections is not only WRONG but also CRIMINAL.
If @Franklin_Graham thinks that the other 197 #SeditionSupoorters are acting like Christians, he's a fraud. — First Amenders (@FirstAmenders) January 15, 2021

I'm ashamed to have ever been associated in any way with American evangelicalism. It's just Nationalism with Jesus seasoning.
— 💲Tax Sphincter Says What💲 (@swordywordy1) January 14, 2021

It really is amazing to contrast how much Graham uses the passive voice to describe January 6th while saying, "shame, shame" on the ten Republicans who votes for impeachment. https://t.co/Qeei1sS2ya pic.twitter.com/9bUmaDZNfE
— Chris Crawford (@CrawfordStuff) January 14, 2021