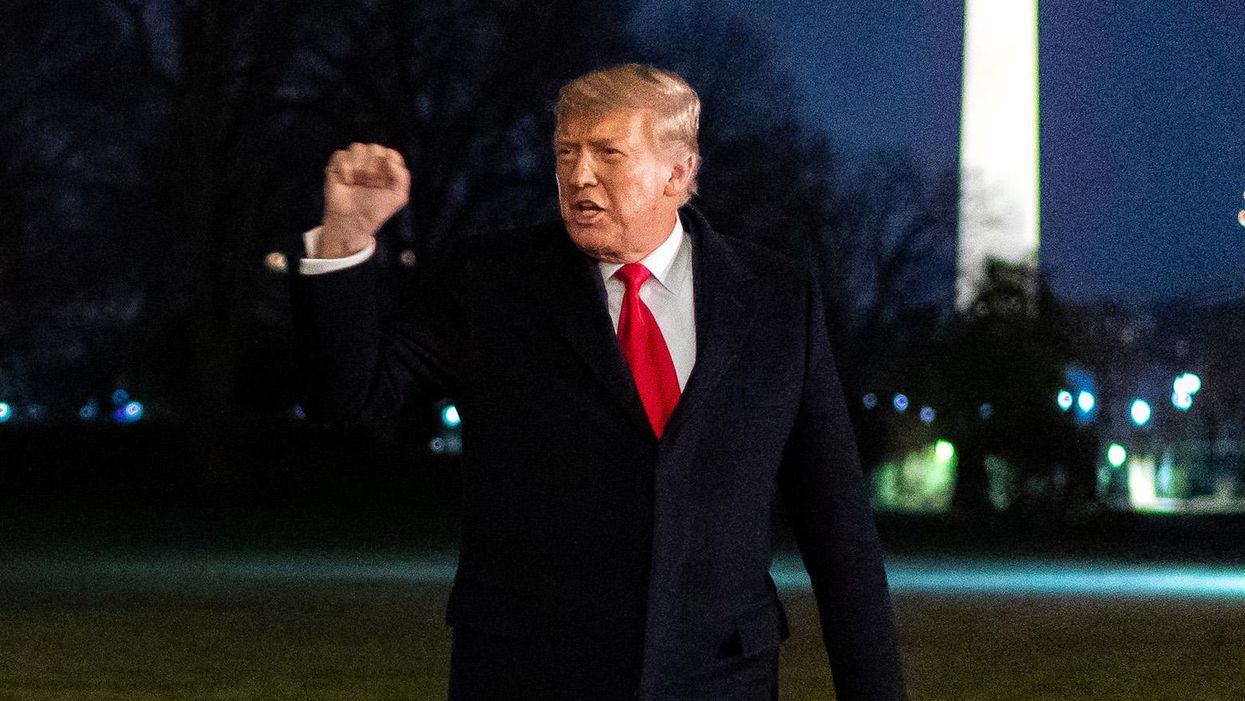 The U.S. Supreme Court has decided against hearing a case involving former President Donald Trump and the U.S. Constitution's Emoluments Clause, which prohibits a U.S. president from profiting from a foreign government. CNN's Ariane de Vogue reports that the High Court, on January 25, "instructed the lower courts to wipe away a previous lower court opinion that went against Trump because he is no longer in office."

De Vogue notes that this ruling "leaves unresolved a novel question raised in the case because Trump, unlike other presidents, did not use a blind trust when he assumed the presidency, but instead, continued to retain an interest in his businesses and let those businesses to take money from foreign and domestic governments."

Here are some reactions to the High Court's ruling:

Says a lot about how slow the U.S. court system is that emoluments clause cases re: Trump couldn't get through the… https://t.co/5m3nMmimNK
— Steven Dennis (@Steven Dennis)1611586205.0

This is why Trump should have been impeached on day one. He was actively violating the Constitution’s emoluments cl… https://t.co/X3XUz535Y9
— Keith Boykin (@Keith Boykin)1611588698.0

So this is all officially legal as long as you leave office before any lawsuits end? https://t.co/q3cQjOloD1
— Greg Scanlon (@Greg Scanlon)1611587204.0

This is significant. If Trump didn't violate the emoluments clause, it may never be possible to argue that anyone h… https://t.co/o55QJMBjLH
— Elias Cepeda (@Elias Cepeda)1611586418.0

Given the pace of the emoluments litigation -- it started almost as soon as Trump took office and was nowhere near… https://t.co/mRqXpgfSJy
— Brad Heath (@Brad Heath)1611585784.0

This is one more reason why Congress must pass The Protecting Our Democracy Act, which would ensure that the emolum… https://t.co/CiTPbhrE6S
— Sean Eldridge (@Sean Eldridge)1611589217.0