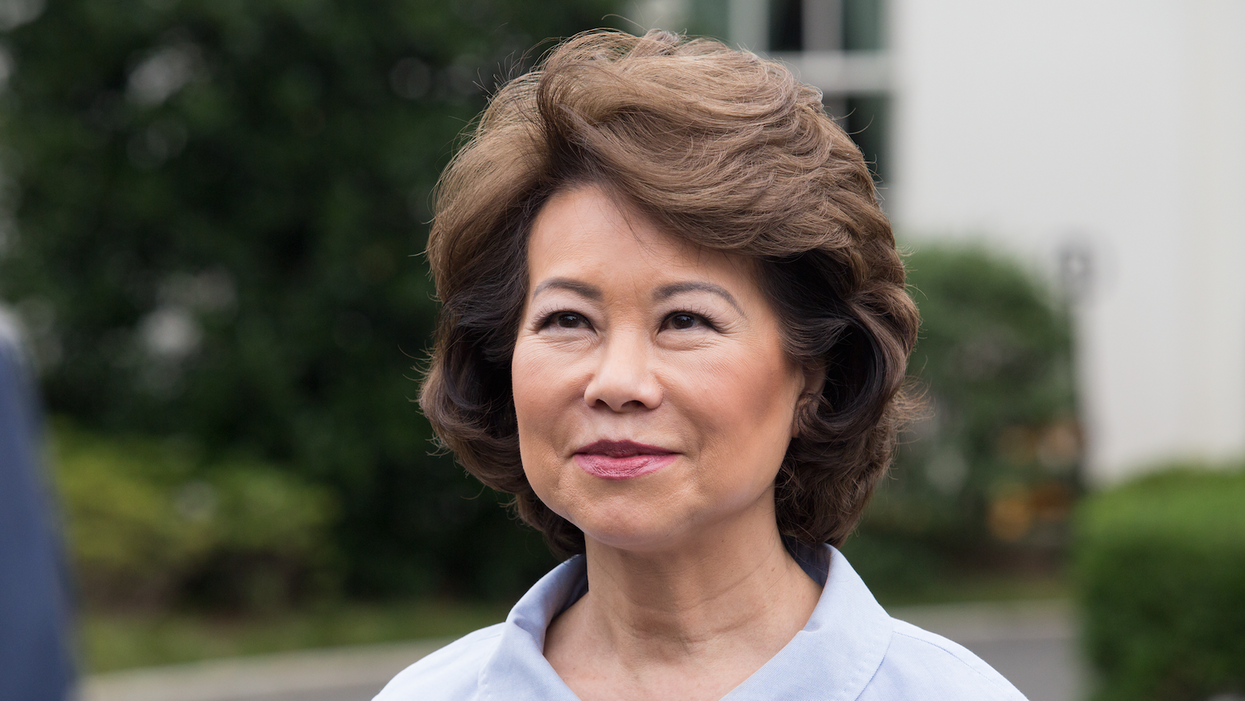 Transportation Secretary Elaine Chao announced Thursday that she is resigning early from the administration, saying in a letter to her department that the events of the previous day "deeply troubled me in a way that I simply cannot set aside."

"Yesterday, our country experienced a traumatic and entirely avoidable event as supporters of the President stormed the Capitol building following a rally he addressed," she said.

She said she will be leaving the administration on Monday, Jan. 11.

In addition to being Transportation secretary, Chao is the wife of Senate Majority Leader Mitch McConnell, who was with fellow lawmakers in Congress counting the Electoral College votes on Wednesday when the Trump mob assaulted the federal building. Until the occupiers were removed from the U.S. Capitol, lawmakers were placed under lockdown for their own safety.

Following the disturbing insurrection, some, including Democratic leadership in Congress, have said the 25th Amendment should be invoked to remove Trump from power and make Vice President Mike Pence acting president until Joe Biden is inaugurated. Doing so would require the support of the vice president and a majority of the Cabinet, which could include Chao.

In her letter, Chao gave a nod to the person expected to replace her: "We will help my announced successor Mayor Pete Buttigieg, with taking on the responsibility of running this wonderful department."