Why critics are warning against calls for new domestic terror laws 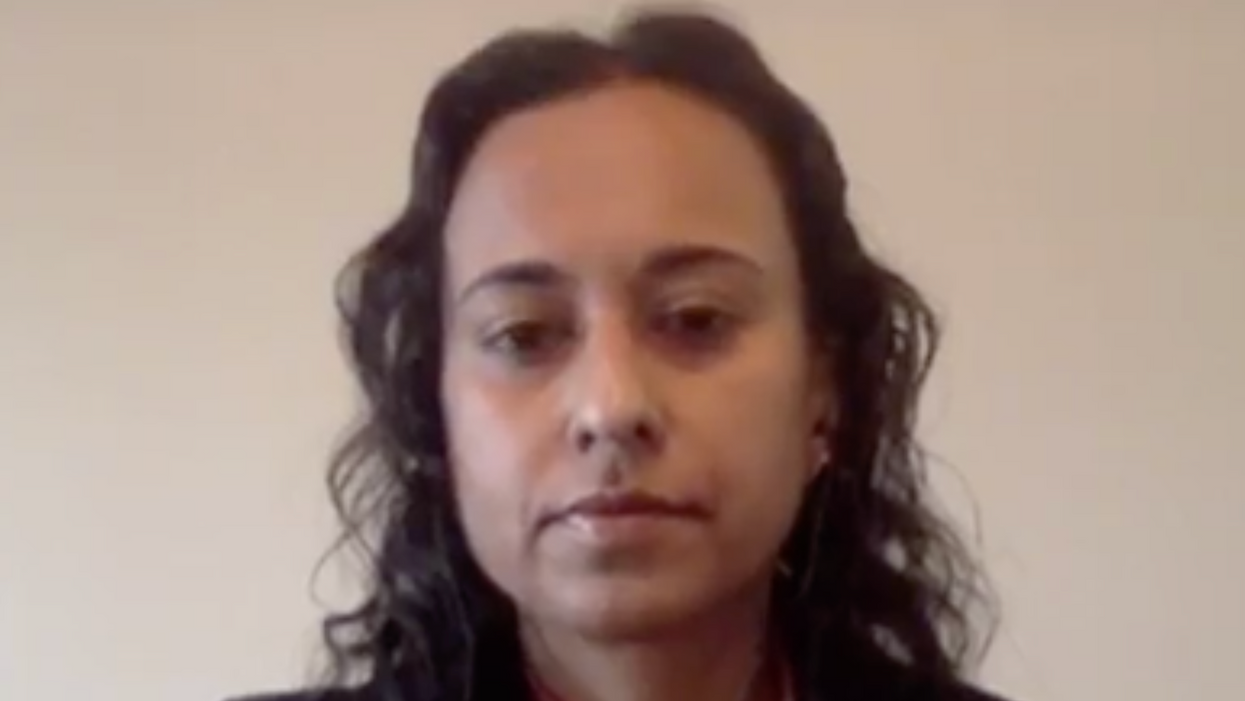 Outrage continues to build as more evidence emerges about participants in the January 6 insurrection at the U.S. Capitol, which included members of violent white supremacist groups, including some who were on a terror watchlist. Leading Democrats, including President-elect Joe Biden, have called for new domestic terror laws to crack down on white supremacist violence, but civil liberties groups warn that law enforcement agencies already have the powers they need to disrupt violent far-right groups and that new domestic terrorism laws will ultimately harm marginalized groups. “We cannot find our solutions in systems that ultimately harm us, particularly Black and Brown people," says Manar Waheed, senior legislative and advocacy counsel at the American Civil Liberties Union.

AMY GOODMAN: We turn now to look at how, in the aftermath of the siege on the Capitol, many Democrats are calling for new domestic terror laws to crack down on white supremacist violence. This is President-elect Joe Biden speaking the day after the right-wing mob attack on the Capitol.

AMY GOODMAN: But our next guest says that term shouldn't exactly be used to describe those people. He says that more domestic terrorism laws — more domestic terrorism laws are a predictably misguided response to the Capitol attack that will actually end up harming Black and Brown communities by expanding law enforcement powers. Manar Waheed is our guest. She's senior legislative and advocacy counsel at the American Civil Liberties Union.

Welcome to Democracy Now! Can you lay out your concerns, Manar?

MANAR WAHEED: Sure. And thank you so much for having me today.

You know, I think I would start by saying I'm Muslim, and as a Muslim, I completely understand where this response is coming from, where the desire to use the term "domestic terrorism" is coming from. I come from a community that has been treated as suspect for the entirety of my life, harassed, surveilled, vilified. And it comes from, for me, a deep desire to say, "You got it wrong. You were wrong. It wasn't us. It was never us."

JUAN GONZÁLEZ: Well, how would you have the Biden administration or other federal authorities deal with the kind of legislation needed to curb white supremacist or neofascist groups today?

MANAR WAHEED: Yeah. So, there are over 50 federal crimes related to domestic terrorism. There is a whole framework of hate crimes laws that were created to address white supremacy violence. And law enforcement, in particular the FBI, has the power to investigate before a crime has even been committed. And these powers are so broad that the FBI has abused them in ways that target Black Lives Matter, people engaged in immigration advocacy. We can go back to the civil rights movement and the surveillance of Martin Luther King Jr. We're coming off of — yesterday was Martin Luther King Jr. Day. Yesterday we were honoring Martin Luther King, and today we are empowering the systems that hurt him and other civil rights leaders.

And so, instead, I would implore these leaders to look within the systems that already exist, to look within the FBI and determine why are they not using these resources to address white supremacy violence, where are the resources actually going, and to actually rein in the FBI's powers, to create a prohibition on profiling that doesn't have these broad exceptions that swallow the rule, which is what we had under the Obama administration, with loopholes for national security and border security, to rein those in and do oversight of the FBI and figure out why these issues aren't actually being addressed, instead of creating more police powers, more crimes, within a system that hurts Black and Brown people, under the guise of actually protecting them.

JUAN GONZÁLEZ: Now, we saw a lot of these images, after the insurrection, of lawmakers being harassed on planes and in airports. And now we're hearing that the lawmakers are reportedly considering placing those who participated in the sacking of Capitol Hill on a no-fly list. What's your response to that?

MANAR WAHEED: I mean, it's very similar to the domestic terrorism piece, right? These are powers that then extend into things like the no-fly list, which the ACLU and civil rights organizations and Black and Brown organizations have been fighting since its inception, because of the due process violations, because of the way they target, yet again, Black and Brown people. And by doubling down on those systems, whether it's the no-fly list or police powers or creating more crimes, we are only going to hurt the communities we are trying to protect. Doubling down on systems that harm Black and Brown communities is not the solution.

MANAR WAHEED: So, I think that banning people on Twitter is a slippery slope. Do I personally have a problem with banning Donald Trump on Twitter? Absolutely not. But do these systems end up monitoring and discriminating and being harsher on Black and Brown people? Is that how they are ultimately used? Is that who is monitored? Is that who is censored? That is what we see over and over again. That's what these systems have done. And, like, again, doubling down on that is probably going to end up hurting Black and Brown people yet again.

AMY GOODMAN: Manar Waheed, I want to thank you very much for being with us, senior legislative and advocacy counsel at the ACLU.

That does it for our show. Tomorrow we'll be live-streaming the inauguration, starting at, I believe, 11 a.m. Eastern time, whenever it begins, at democracynow.org.