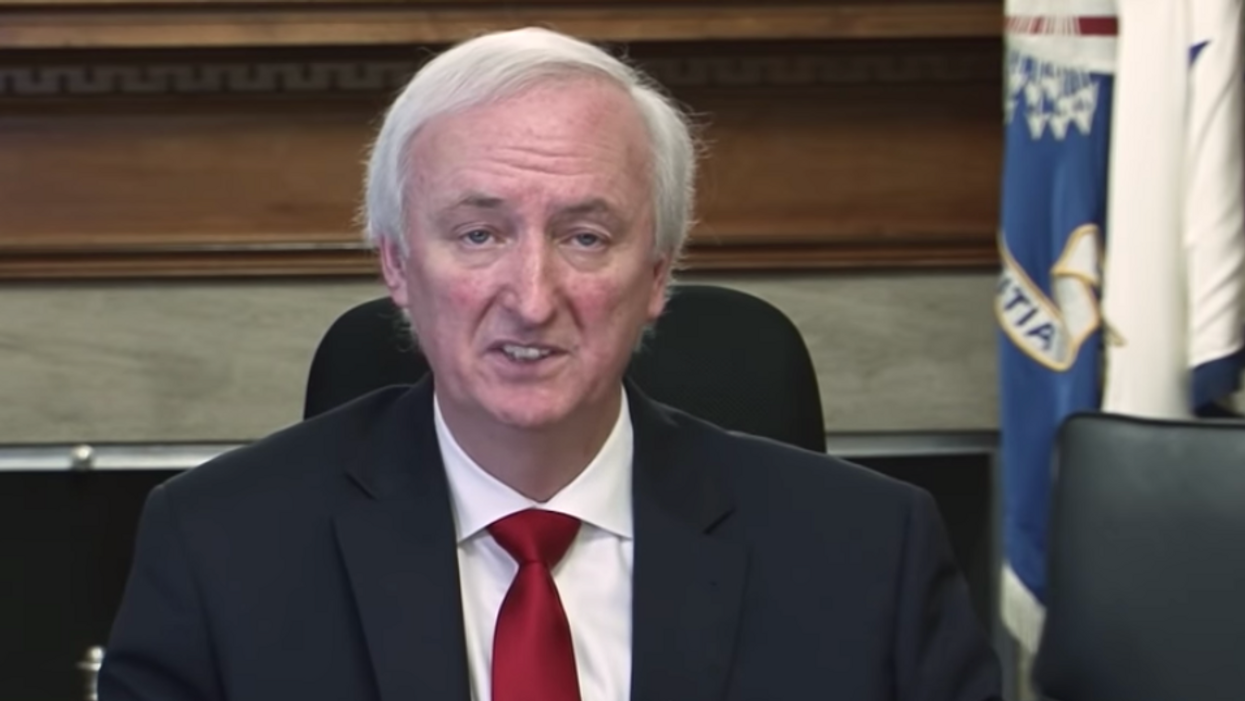 In a court filing submitted in late December as part of a lawsuit contesting the status of Trump administration officials serving unconfirmed in "temporary" positions, lawyers with the U.S. Justice Department argued the case should be tossed out because the issue would soon "be moot" given that President Donald Trump lost the 2020 elections and would soon leave the Oval Office.

The admission by the DOJ flies in the face of incessant false claims by Trump that he won in November and continued vows that he will fight to the bitter end to prove—against all evidence and reality—the election was rigged, fraudulent, or otherwise illegitimate.

"They're not going to take the White House. We're going to fight like hell," Trump declared Monday night during a campaign rally in Georgia. "When you win in a landslide and they steal it and it's rigged, it's not acceptable."

Not sure who needs to hear this, but Donald Trump lost the election by more than 7 million votes and that is not in dispute.
— Robert Reich (@Robert Reich)1609808494.0

The DOJ filing (pdf) itself, dated December 23, was in response to a lawsuit brought by Public Employees for Environmental Responsibility (PEER) which argued that the service of top officials at the National Park Service and Bureau of Land Management was unlawful because they were appointed by Trump and continued to lead the agencies without Senate confirmation—a direct violation of the Federal Vacancies Reform Act (FVRA). The officials named in the lawsuit are Margaret Everson at the Park Service and William Pendley at BLM.

Allowing unconfirmed officials to serve despite the clear violation of the FVRA has been the subject of numerous legal challenges across several federal agencies under Trump during the second half of his term. In the DOJ's filing on this specific lawsuit, one of the arguments for having the court dismiss the case was that soon enough there would no longer be reason to pursue the objections put forth by PEER. It stated:

While Trump lashed out after former Attorney General William Barr, who resigned last month, said a DOJ review found no evidence of widespread voter fraud that would materially impact the outcome of the election, the DOJ's admission in this particular lawsuit was highlighted by PEER in a statement Tuesday.

"The White House and the Department of Justice are not on the same page about the legitimacy of Joe Biden's election as president," said Tim Whitehouse, PEER's executive director. "The official position of the lawyers representing the people of the United States is that there will be a new President on January 20."

Though the in-court acknowledgement by the DOJ of Trump's defeat was notable, Whitehouse does not submit to the argument that the lawsuit itself is moot simply because the president is leaving office. As PEER notes in its statement, the implications of having unconfirmed officials administering major government agencies is that the policies initiated under their command should also be considered unlawful and illegitimate by the court.

"During the past four years, the Justice Department has been repeatedly tasked to defend actions that are indefensible," said Whitehouse, who before joining PEER served as an attorney with the U.S. Environmental Protection Agency. "It remains to be seen how the Justice Department's posture will change after January 20th in handling scores of lawsuits challenging Trump actions that the incoming Biden administration indicates they will repudiate."