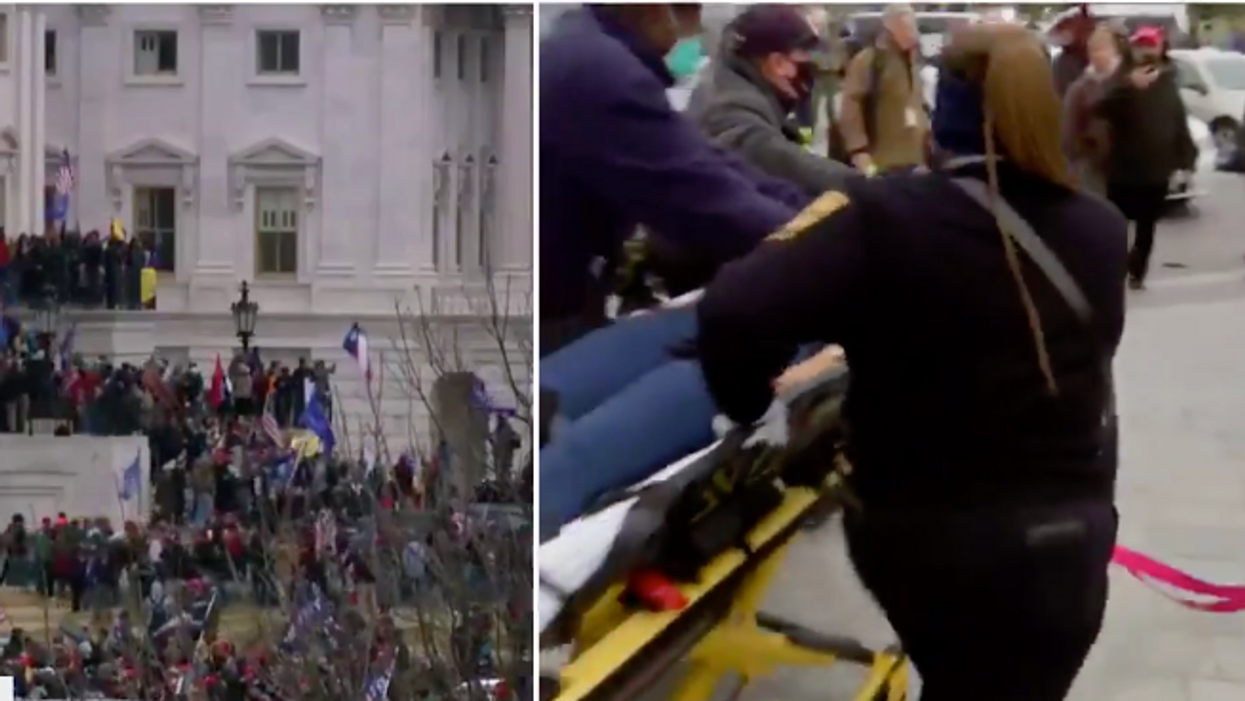 Violent clashes erupted at the U.S. Capitol on Wednesday afternoon as pro-Trump demonstrators clashed with police and stormed the building while Congress was preparing to certify President-elect Joe Biden's Electoral College victory.

CNN reports a woman is in critical condition after being shot in the chest on Capitol grounds.

BREAKING: Woman rushed out of Capitol building on a stretcher, "covered in blood" https://t.co/IKmMmHNyZC
— Meet the Press (@Meet the Press)1609963944.0