Major conservative broadcaster is suddenly cracking down on lies about the election: report 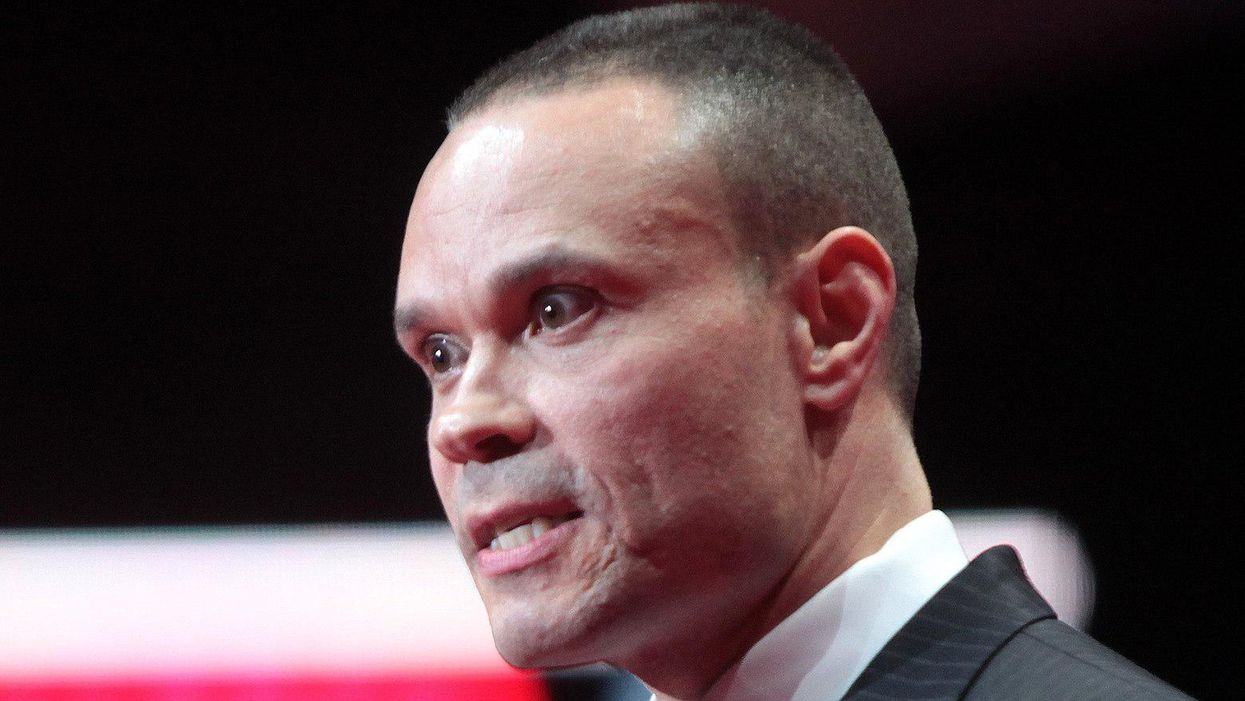 The Washington Post is reporting that Cumulus Media, which hosts the radical ravings of far-right hosts like Mark Levin and Parler part-owner Dan Bongino, is cracking down on conspiracy rhetoric from its stable of propaganda-spewing fascists—at least, when it comes to claims from their hosts that Donald Trump is still justified in claiming the presidency.

Calling for "national calm NOW," the network's executive vice president of content told his employees that the company "will not tolerate any suggestion that the election has not ended. The election has been resolved and there are no alternate acceptable 'paths.'"

In short, we have found the bounds of what Cumulus and subsidiary Westwood One are and aren't willing to tolerate on their networks. Their hosts were free to make entirely false claims declaring that our nation's democracy was "rigged," or that Joe Biden won only through rampant invisible "fraud" that not a single Trump ally has been able to identify except in fever dreams. But now that those exact claims have led to violent insurrection in an attempt to overthrow elected government, the precise outcome those claims were declared to justify, the network is perhaps aware that those touched by violence incited by their hosts have a more-than-decent shot of suing their network into this planet's asthenosphere.

The begrudging truth is, however, that this is a reasonable and prudent move as insurrectionists plan additional violent acts in coming weeks, so respect is due. The coup is premised on the notion that because pro-Trump forces (falsely) believe the election was "stolen" from Trump, Trump's allies are justified in taking whatever actions against their country they deem necessary to return the presidency from him—including the assassination of anti-Trump government figures, taking lawmakers hostage, and/or putting guns to the heads of national lawmakers until they agree to return Trump to power.

Radio and television hosts who themselves affirm the false conspiracy are, without question, provoking such violence. It would be different if Trump's claims had been proven, at any point, to have merit; we now know through court cases, recounts, and audits that they are utterly false, and that Trump's allies do not even dare make the same claims when in venues where their lies would result in legal consequences. We know, for a fact, Trump's allies are perpetrating a seditious hoax.

The incessant broadcast of false claims demanding the overturning of a United States election has now led to violence, insurrection, and sedition. Voices that continue the same false claims even as further violence is planned have allied themselves with that sedition; firing them for contributing to an attack on democracy is, literally, among the mildest actions that could be taken.

If the company was a responsible one (and no company that gives the treasonous, violence-promoting and conspiracy-inventing fascist drivelsnot of a Dan Bongino could ever be considered responsible), it would have recognized that its hosts were eagerly pushing for an overthrow of American democracy before that coup was realized. But backing out now is still better than most other conservative propaganda networks have managed.

Fox News, for example, continues to side with the insurrection. Their hosts continue to spread known falsehoods intended to convince Americans that the next president will not be a legitimately elected leader. And networks like Newsmax and OANN worked hard to stoke fascist insurrection with claims so outlandish they were assured to produce a violent result.

While Cumulus now begrudgingly concludes that the coup spurred by their rhetoric now has lasting consequences the company cannot continue to shoulder, Fox News and other outlets are not so sure. They, along with the majority of Republican lawmakers, suspect they can ride out the violence by denying complicity, even as they repeat the same anti-democratic propaganda, to the same violence-justifying crowds, as if the attack on the U.S. Capitol did not happen.