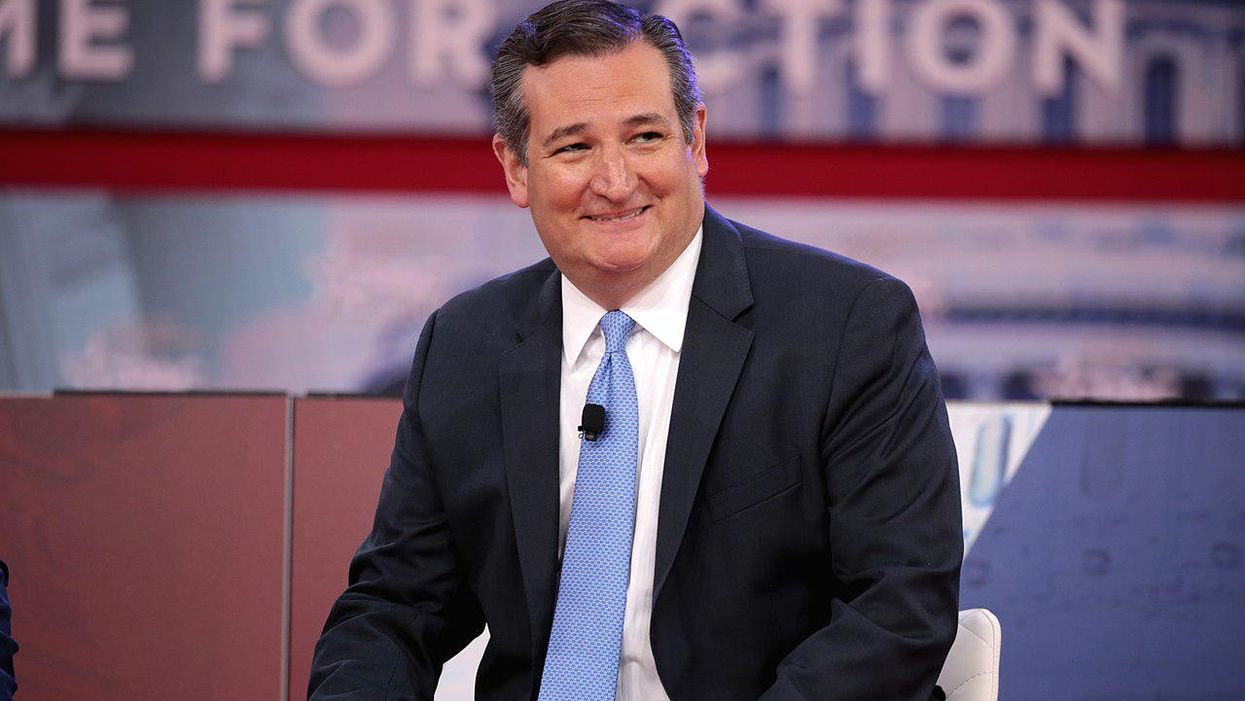 Demands for accountability ramped up on Friday as the progressive organization MoveOn Civic Action launched a "Treason Caucus" campaign calling on Republican Sen. Ted Cruz of Texas to resign or be expelled from office for his role in helping to incite the deadly insurrection at the U.S. Capitol on January 6.

Even before the right-wing siege of the Capitol that left five people dead, Cruz, Hawley, Johnson, and other GOP lawmakers came under fire for elevating unsubstantiated allegations of voter fraud that Trump and his allies spouted to anyone who would listen in the months after the election.

"When the country watched as a violent Trump mob stormed the Capitol, we saw the impact of months of delusional election fraud lies and incendiary rhetoric from Donald Trump come to a deadly fruition," said Rahna Epting, executive director of MoveOn Civic Action. "But Trump did not act alone."

"He had help from elected officials like Ted Cruz who, just like Trump, now has blood on his hands," Epting added. "Those who led this insurrection—from Donald Trump on down—must be held accountable. Nothing less than our democracy is at stake. If we don't take action now, Cruz and his band of conspiracy theorists will still maintain power in an office they dishonored and don't deserve to hold."

The campaign includes a pair of petitions calling for Cruz's resignation or expulsion—now signed by over 105,000 people total—which MoveOn and Voto Latino intend to deliver to his office in the Senate. MoveOn also purchased an advertisement to run at the top of the Houston Chronicle's homepage on Friday.

The Chronicle's editorial board, as the ad notes, argued on January 8 that "Cruz knew exactly what he was doing, what he was risking and who he was inciting as he stood on the Senate floor Wednesday [January 6] and passionately fed the farce of election fraud even as a seething crowd of believers was being whipped up by President Donald Trump a short distance away."

"We're done with the drama. Done with the opportunism. Done with the cynical scheming that has now cost American lives," the newspaper's editorial board concluded. "Resign, Mr. Cruz, and deliver Texas from the shame of calling you our senator."

MoveOn also joined with more than 30 other progressive organizations on Friday for a letter (pdf) urging media outlets to refuse to interview elected officials who continue to dispute the presidential election results.

"The overthrow of American democracy cannot be treated as just another political debate, and there is no 'both sides' to an insurrectionist movement that law enforcement officials and the military are bracing for as a prolonged threat—to our security and our democracy," the letter says.

"Every American is entitled to freedom of speech," the letter adds, "but they are not entitled to appear on prestigious television programs or news outlets to spread demonstrable falsehoods that have already incited a murderous insurrection, and remain at the heart of an ongoing national security threat."

Supporting the attack against the US Government that left people dead isn't a boneheaded stand on an issue. It's di… https://t.co/KeYq88HYX5
— MoveOn (@MoveOn)1611932673.0

The demand came as the House impeachment managers delivered to the Senate the single article of impeachment which all Democrats and just 10 Republicans passed earlier this month—making Trump the only president to ever be impeached twice.

McConnell—who refused to hold a trial before Biden's inauguration—joined with all but five Senate Republicans on Tuesday in voting for Sen. Rand Paul's (R-Ky.) point of order claiming that a trial was unconstitutional because Trump is no longer in office.

Last week, a group of Democratic senators filed a complaint requesting that the Senate Ethics Committee "carry out a thorough and fair investigation" into Cruz and Hawley's behavior related to the insurrection, and "consider any appropriate consequences based on the committee's findings."

While some critics such as political analyst Anand Giridharadas have accused Democratic Party leaders of lacking the "sense of fight" necessary to take on the GOP, the government watchdog group Citizens for Responsibility and Ethics in Washington (CREW) said that "an ethics investigation is a good first step."